Emerging From The Shadows 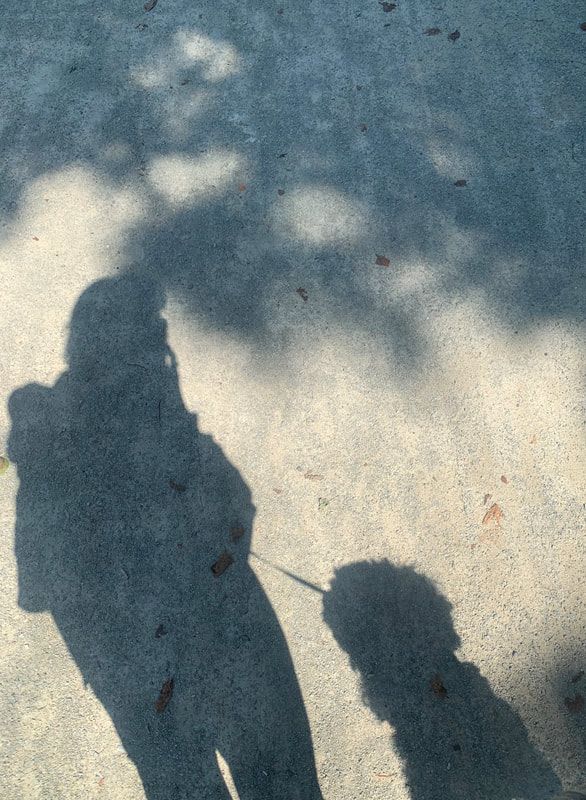 There's a new moon today. That has a ton of meaning for so many people, but I want to tell you what it means to me, on this day, in this time.

I have been called to emerge from the shadows, where I've been percolating for a few years now. I have remained quiet, at least publicly, about cosmic events and the other activities astrologers mull over and muse about. For years, I wrote simple sun sign horoscopes and made videos for public consumption, and I did love doing it. I'm so grateful for the people who told me that it helped them.

But, at one point, I was directed to go within.  I did just that, keeping my observations close to the vest, and mostly musing to myself, my clients, and a few close friends. Now it's come to a point where I am being directed, once again, to allow ideas and words to speak through me so that others can find their way through the storm that is upon us.

It's nearly impossible, as a card-carrying star gazer, to ignore the profound events that have shaped this year so far, Many years ago, I remember looking at the tables of the planets and their astronomical meanderings through the zodiac, and wondering what the *%&& would happen in 2020.

There is so much. You can see it if you do so much as expose yourself to what they call "the news." You can feel it, even if you're not a psychic or sensitive. And, if you are, WOW, the messages being spewed from the heavens are coming at a rate so fast and furious, it's almost impossible to process them all.

Rather than bore you or scare you with what astrologers can see about this year, these times, and what is to come, I will simply offer here, on some sort of regular basis (yet to be determined) an overview of what is going on in the skies, and how that activity may influence life on earth. It is my hope that by responding to the planet's shenanigans, rather than simply reacting to them, you can live a better and more productive life.

ASTROLOGY NOW
To begin: It's no longer summer, really. It's time for us to get our acts together. If you think you went "back to school" a few weeks ago, when the online classrooms connected and some actually got sent off to school, you haven't yet seen the entirety of the wave of motivation that is being placed under us by forces that have much influence over us..

Of course, the new moon that's coming heralds the beginning of the High Holy Days in the Jewish faith. Our forefathers (and foremothers) most certainly knew what they were doing by choosing this auspicious time for such a beautiful celebration. At this time of year, summer is over, we have to harvest the food and begin to prepare for the cycle of regeneration and renewal. The planets will most certainly be aiding us in this process, this fall. Here is a run-down of some significant upcoming planetary events, and what they might feel like for you.

September 17: New moon in Virgo
The impulse will be to get organized. Start projects that will enable you to have everything in its place. Then, ask the Universe, "How can I serve you?" Listen for answers. Then use your talents to help push this world, while it is on the brink of darkness, back toward the Light.

September 21: Mercury square Pluto
Ironically, this date is also the "International Day of Peace." Don't tell that to these two planetary powerhouses. Expect conflicts that have been brewing in the background to come to the surface. Mars is in retrograde now, moving backward from our standpoint. The warrior god is sucking up the energy of its most fiery zodiacal realm, Aries. Pluto continues to disintegrate and denigrate the structure of Capricorn - government, banks, corporations, and society itself. Think back to the way the world was in 2007. Remember what happened when Pluto first entered Capricorn in 2008. There is more of that to come. Protect yourself by maintaining an even demeanor, and accepting change. However, if you decide to tear something down, be damned careful about what you build in its place.

September 22: Sun enters Libra - The Autumnal Equinox
The official start of fall enlivens us with a sense of ease and motivation. We sense that it's time to start things. We're no longer overheated and moving slowly. Our schedules get more filled and there's a sense that time is marching on. Oh, indeed it is. Make sure that you're spending your time connected with the force of Godliness inside you, that will bring peace to yourself and all those around you.

September 24: Mercury opposite Mars
Words can hurt, and if ever there is going to be a day when people will use words to inflict damage, it could be this one. Be careful about what you say, even to yourself. All talk should be positive and motivational, not critical or even self-deprecating. Honor your body by being careful when you're in motion. Accidents can happen, and they often do when these two planets decide to get engaged in a game of one-upmanship.

September 27: Mercury enters Scorpio
When Mercury brings his little suitcase to the house filled with Mars' nighttime, ninja-like energy, "planning" is a good thing to do. Just make sure it doesn't morph into a process of "plotting." Acts of insatiable revenge could be abrew. Watch your back.

September 29: Saturn stations to direct motion
This means it's coming out of retrograde. It's a perfect day for starting a project...or it would be if Mars were not aggravating Saturn just as the Great Teacher emerges from his slumber. It's a time when what you start may not get off the ground right away. It doesn't mean you shouldn't make the effort. You can begin, and know that to get the results you want, you will have to put in a great deal of hard work.

That takes us to the end of the month of September, but just so you can prepare, here are some things coming up as October begins:

There's more, and I hope to share it with you on my next foray into the blogosphere.

If you like this blog post, please let me know - and if you want to know how these and the many planetary energies that are affecting Mother Earth and her inhabitants at this time, please book an appointment. I'd love to help you serve the Universe with all your beautiful talents and the incredible and bottomless well of love you hold in your hearts.

Book your appointment with judi
Credit

We have 1358 guests and no members online