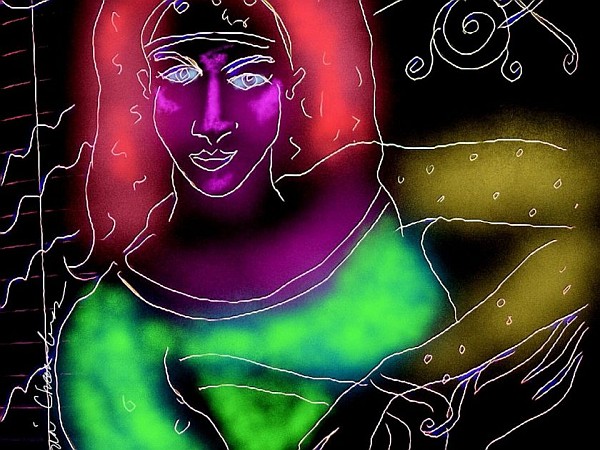 Author’s note:  I ran across this older post that I never published.  So I updated it a bit, and here it is.

Here in the United States, in the 50s And 60s, before women’s liberation, the female gender was encouraged to look like Jane Mansfield or Marilyn Monroe.  Curvy and full-figured.  At the time I was a stick.  While my female classmates in grammar school were breaking in their training bras, I was still wearing tee shirts.

I was ridiculed in the girls’ locker room, and consequently I hated gym class.

Fast forward a couple of decades later, in my 30’s, in the ‘thin is in’ post Twiggy era, I was still a stick, but now many envious ladies were asking me what my secret was.  Fast metabolism?  I really didn’t have an answer.

Women are given absurdly stringent standards of beauty, no matter what era of history.

And of course it shouldn’t matter to a woman, because she needs to set her own standards.  But what a woman is awakened to now is that her appearance isn’t the defining factor of her worth.  In fact, it’s not any part of her worth.

She is worthy simply because she exists.

But I do find it interesting that the obsession with being thin seems inversely proportional to how much progress women have made in terms of equality.  In times of social progress of the female gender, the body ideal is thin to critically underweight.  The more she rises in power, the more she is encouraged to take up less physical space.

And in those times of progress for women, typically men are more obsessed with body building images.  The more a man feels threatened by feminine equality, the more physical space he wants to take up.

Whereas in the ‘good old days’ before abortion was legal, and women knew ‘their place’, the body type for her was full-figured.  And it seems men were not as interested in sculpting huge muscles.

And of course, different cultures have different standards of beauty.  When I visited Greece in the early 70s my lean profile was scrutinized as unhealthy and less physically appealing than the more full-figured European women.

WHEN A COMPLIMENT ISN’T

An acquaintance at the cafe, a man in his 70s, told me he was reprimanded by the management of another cafe he frequents because of his practice of greeting some women on the staff, even strangers with, “You’re beautiful!”

They told him it makes those women uncomfortable, and to knock it off.

This guy is an otherwise decent person, and is always understanding toward women’s rights in every other respect.  But he couldn’t understand what was wrong with his behavior.  He felt like the reprimand was just political correctness gone too far.

”It’s not like I called them a dog or ugly!” was his defense.

I tried to explain to him what is obvious to most women.  That a woman has been given the message all her life that her physical beauty, which is invariably associated with her ‘sex appeal’ was her defining quality. And to be seen as more than that has been a struggle for her.  It has been a struggle on a personal, social, and political level.

So being told she is beautiful right out of the gate, and by a complete stranger, just reinforces that message.

And, even beyond that, it puts women on the spot to respond, and to give a man attention back, even if she doesn’t wish to do so.  It takes away a woman’s sense of privacy, while it reinforces the message that women are here for the male gaze and for his own need for attention.

I guess it’s like with presidential candidate Joe Biden and his history of disrespecting boundaries with women.  What was once acceptable behavior was never really o.k.  And in light of the  #MeToo movement, there is a surfacing male resentment associated with being told he has to stop behaving badly toward women.

And as I talked more in depth with my cafe pal, he agreed that the ‘compliment’ toward women was more of a passive-aggressive act.

But getting back to body image, there has also been a trend toward body shaming that has taken hold.  And not just toward women, but if someone is over the ‘acceptable’ weight, they are told they are lazy, overindulgent, and even unhealthy.

They are given the clear message that they are simply taking up too much space.  That their body weight and shape is unacceptable. And the health risk argument doesn’t prove out medically or scientifically.  The theory that ‘extra’ weight causes heart disease or high blood pressure or diabetes isn’t necessarily true at all.

How many thin folks are walking around with all kinds of health risks and diseases?

But even doctors like to shame their patients into changing their lifestyle when it comes to their weight.

WEIGHING IN ON ASCENSION

In the ascension process the body does, for a period of time, gain weight in order to ground the immense amount of light.  But over time the body doesn’t need the extra weight, and sheds it NATURALLY.

Many of us have discovered that no amount of dieting or exercise can keep the weight off.  Trying to approach it from a 3D perspective really does very little.

I gained a lot of weight early on in my ascension and since have lost it without any attempt to exercise or to stop eating foods I enjoy.  I am far from the ‘stick’ I was a few decades ago.  But that was not actually very healthy.

And after gaining so much wisdom and a much broader perspective, pun intended, I sometime look at an extremely thin woman and it causes me to recoil now. I see her as unhealthy.  As actually unattractive.

As a woman my physical body has gone through many iterations.  And it’s taken me a while to be comfortable with my body and my age, both of which are not who I am.  And it has helped to remember who I REALLY AM.  We are here as magnificent and confident and worthy souls expressing through these temporary, carbon-based vessels, which are transforming into crystalline bodies.

The body needs to be healthy and we need to feel attractive to OURSELF.  Whatever that may be for each of us, without the filter of someone else’s perspective. All ages, shapes, and sizes are beautiful. And for me it’s a relief and a joy to no longer use arbitrary outside standards to define who I am.

Enjoy my video, Can’t Keep a a Good Woman Down