Working With Your Inner Guide Archetype
A+ A A- 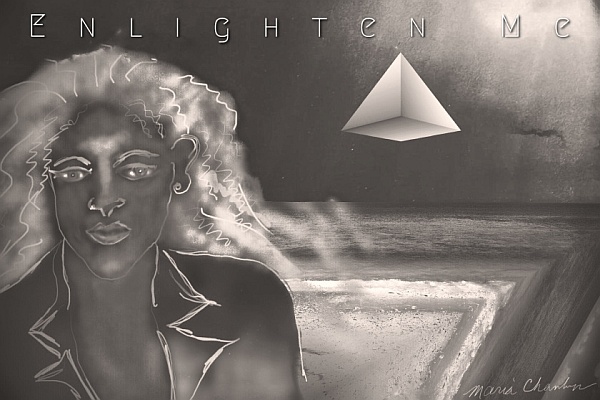 Disclaimer:  No minds were harmed in any way during the writing of this article.

One of my cafe friends is well into his 70 s.  He is brilliant.  He can talk about a myriad of subjects, and can do the New York Times crossword in under 30 minutes.  Yet, developmentally, on an emotional level, he is still a 14 year old boy.  He still blames his parents for his unhappiness.  He is still angry that the other boys bullied him, and the girls rejected him.

Another friend, now in her 60s, who is sweet, and kind hearted, has medicated most of her emotions away.  That way, it’s easier to deal with a dead marriage.  She still approaches life like a teen-aged girl who has been traumatized by life, and by men in her life.

Another man, an ex-boyfriend, appears at the cafe every so often and tries to lure me back into a relationship with him.  He still tries to prove worthiness, because he had a childhood in which both parents were alcoholics, and he was desperate for love and attention, which was given only sporadically and it made him feel out of control.

Regardless of all the life experience, and maybe even therapy, the mind is the part of us, an ancient part, that is in arrested development.  It carries wounds from this and many other lifetimes.  The mind carries within it, a wounded heart.

It’s what we see in most of the world.  It’s old programming playing itself out over and over.

But, don’t despair, because it’s why you and I and many others are here at this auspicious time in the history of mankind.  It couldn’t be more ripe for change.  I mean, just look around you.  Look at world events.  Maybe even at your own family.  Don’t you hear it?  That cry for help?  Oh, it’s often a muffled cry.

And in many cases they don’t even realize they are asking for change.  They know something is off.  They can’t seem to find that sense of peace no matter what they do.  And it scares them.  They are feeling the energies of change but their mind interprets it as a bad omen.

So they double down on their old existence, digging in even deeper into their own hypnosis.  They will project their frustration out onto others, onto the government, or their boss, or their kids.

So, in essence humans will battle the change of consciousness by becoming even more mental.  Trying to get out of the stuck, limited mind by retreating into the mind even more.  And, I’m sure you have noticed, technology is a great way to dive even deeper into the mind.

Do you see the dilemma?

I mean, if that happened, that would be embarrassing.  How would that read in the future history books?  Mankind taken down by robots.  Despotic robots took over the world in the 21st century.  Chip implants standardized and homogenized humans.  Well, in all fairness, if anyone is taking down anyone else, humans are more than capable of taking down humanity.  Can’t blame it on software.

But advances in Artificial Intelligence are no accident right now.  And the human mind is seduced by it.

It’s easy to do, by the way, because the mind is very susceptible to hypnosis.  If enough humans begin to buy into the importance of keeping the status quo, of not allowing anything but the mind to be in control of life, it wouldn’t be a big leap to become a highly monitored society.  We are already seeing it.

Technology serves humanity, and breakthroughs are going to be beneficial in medicine and science and many other places.  But humanity serving technology, not so good.

And we can distill that statement down to the mind serves the heart and soul, not the other way around.

So, arrested development.  We have that here.  It’s everywhere.  And frankly, even the mind is getting pretty tired of it.  It wants out.  It’s tired of trying to figure life out all by itself.  It knows the answers to life do not lie in a computer program.  It knows that life can’t be controlled by technology.  It also suspects that the heart knows things it doesn’t.

how could it be unworthy?  It was created by god, by source.  By you and me.  Yes, we had a hand in creating the mind.  And we experimented with it over eons of time.  Trying to make it conform, trying to standardize it.  Trying to make human behavior, well, behave!

Trying to make the human fit into a set of patterns and overlays for the benefit of all.  Which, well, that didn’t work out so well, now did it.

Of course some patterns are good.  We all need to agree on a few things, like to stop at red lights, and that Starbucks is an eternal coffee infusion portal, and some other stuff.  It’s not all bad.

There is something happening now for the first time in history.  It’s a way out of the mind, and into the sovereign heart and soul.  It’s a reunion of two seemingly strange bedfellows.  The limited, conditioned, hypnotized mind and the limitless soul, and the source of all life itself.

The poor, traumatized human didn’t know what hit him!

We took on a lot in this lifetime as that human.  We had no idea of the enormity of this integration, did we? I suspect that if we read the fine print we would have abandoned the very concept of embodied enlightenment.

With all of our angelic brilliance and wisdom, didn’t anyone think to have a lawyer present to read the damned contract?

Oh well, too late.  Here we are, in all of our glory.  In all of our courage and our determination.  Which may be turning into exhaustion and defeat some days.

It really doesn’t matter.  And that’s because we pretty much accomplished what we came here to do, and that is……to radiate our soul and that really has an amazing effect on this place, and on that technology.  And most importantly, on that mind in its arrested development.

We have 1336 guests and no members online