The Mind Defends Itself And Wins - A Hollow Victory 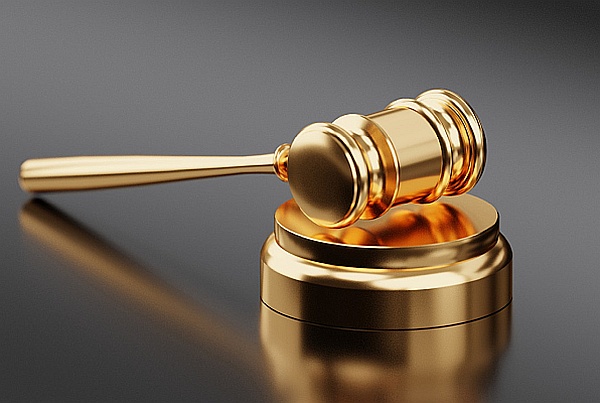 A good lawyer is one who defends their client, regardless of their innocence or guilt.  Here in the United States, it is their client’s right to have a fair and speedy trial before 12 of their peers.  The human mind is such a lawyer.

The lawyer will pull out every imaginable argument to make his case.  Even if in that lawyer’s heart, he knows his client is dead wrong. The lawyer will argue that there was no other recourse the client could take.  There were no available options.  Nothing more could be done.

Years ago a friend of mine was in an abusive relationship.  She expressed her frustration over many years, and many conversations.  She was waiting for an inheritance so she could extricate herself and claim her freedom.

When it finally came to her, she ended up staying with the man, and giving him almost all of her inheritance.  Despite the abuse, she felt a degree of safety from the world, and he convinced her that he could protect her.

Clearly she wasn’t ready to claim her freedom.  Haven’t we all done that to one degree or another?  Given away our power, our energies to something or someone that didn’t have our best interests at heart?  And the basis of our decision was usually fear.  Wanting to be protected.

And we continued to play the victim card.

So back to our lawyer story.  Any lawyer worth their degree will try to portray their client as the victim.  They had no choice, says the lawyer.  My client was the victim of (fill in the blank).

The lawyer’s closing arguments cinch the deal.  The jury is sympathetic toward the defendant.  He wins the case.

But it’s a hollow victory.  The client may have won the case, but he ends up forfeiting his freedom.  He knows in his heart that if he needed a lawyer to fight for his truth, that truth was already suspect.  Truth does not really need to be defended, does it?

He ended up with some money in his pocket but he walked away with nothing else.  No joy.  No passion.  Just a little bit more security.

The human mind is constantly and stubbornly defending itself.  It is adept at arguing for its own limitations.  It will present evidence, in the form of cold, hard ‘reality,’ that proves beyond a shadow of a doubt, it is right.

Can’t argue with reality, can you?

“The doctor says it’s incurable.  The only option is surgery.  Or just live with it.  There is no choice but to work at a job that is joyless.  Everyone does it.  What can we trust but the old ways?  Life is supposed to be hard.  Nothing comes easy.  We are supposed to suffer.  We’re not supposed to feel too much joy. We will stand out too much.  We have no choice but to respond to life.  We have no say in how we feel about anything.  It is what it is.”

OUR SOUL DOES NOT PLAY THE GAME

Our Soul has no interest in arguing with the mind.  It will not play that game.  It does not have to make a case to prove that it is capable and trustworthy.  It can’t provide hard evidence that it is safe for the mind to trust it.  Yet the evidence is all around us.

But the mind wants that hard evidence in its own life before it will trust in the soul. Until then it will not let go of its control.  Actually, the fact that it claims it does not ‘see’ that evidence buys the mind more time in the captain’s chair.

Have you ever tried to convince someone that the solution to a problem they are having is actually available to them right now?  You can see it, feel it and taste it for them.  You have done it yourself, and you know it works.  And it doesn’t require any pain or sacrifice.  But they keep arguing that it’s not possible.

After many such conversations, you recognize that they are not open to change their situation, at least not yet.  You understand because you also have been there, or are there in other ways in your own life.

So you realize that arguing with them, trying to make them see your perspective is just a waste of everyone’s energies.  You begin to see that there is a kind a game being played, and a feeding of energies.

That scenario is the same as the human heart asking the mind to let go of its grip.  The heart wants to follow the joy, and wants to trust the soul .  It feels the soul.  It knows it is as real as the so-called hard-bed reality.  Actually, it knows it is more real than that so-called logical, day to day reality.

But unlike the soul, it has been trying to convince the mind that it’s safe to trust the soul.  The heart and the mind have been doing battle for such a long time.  But the heart is also weary.  It’s tired of trying to defend itself and the soul.  It sees that it’s a losing battle.

And that’s because the Mind seems made up.  That’s an expression with a double meaning, isn’t it.  “My Mind is made up!”

Yes, it is, in more ways than one.

The Mind is the made up version of us.  Its original purpose was to support the heart and soul, but for understandable reasons it became the identity.  It began speaking for our heart and our soul.  It determined what we should and should not do.  How we should feel.  And it had the consensus of the rest of humanity to back it up.

Everyone is doing it.

But, as our mom or dad used to say, “If all your friends jumped off a bridge, would you, too?”

The Mind is Hell-bent on maintaining the status quo.  Don’t appear too crazy.  Don’t stray from the formula.  Even if it means sacrificing any sense of joy.

Many of us are recognizing that we have allowed the mind to run amok with our heart and our soul.  The mind is all about doing and achieving to prove value.  And we realize that it is time to stop indulging the mind as it defends itself.  (Isn’t there a saying, that a person who represents himself in court has a fool for a client.) It’s time to stop trying to argue with it.

It’s really simple.  It’s to acknowledge the emotions for what they are.  Lines of defense for a hollow victory.  And then in that way our heart does a service to the mind.  Because the mind is weary, too.  It cannot figure life out.  It can’t figure ascension out.   It’s not designed to. It wants relief.

So our heart and soul work together to give the mind that relief.  Not by indulging the mind, not by allowing it to feed off of us with all its emotions, but by being aware of who keeps calling the shots in our life. Is it a clever lawyer that prides himself on winning every case, even if it’s always a hollow victory?  Or is it our soul, who is already free?

We have 908 guests and no members online