The SOULution
A+ A A- 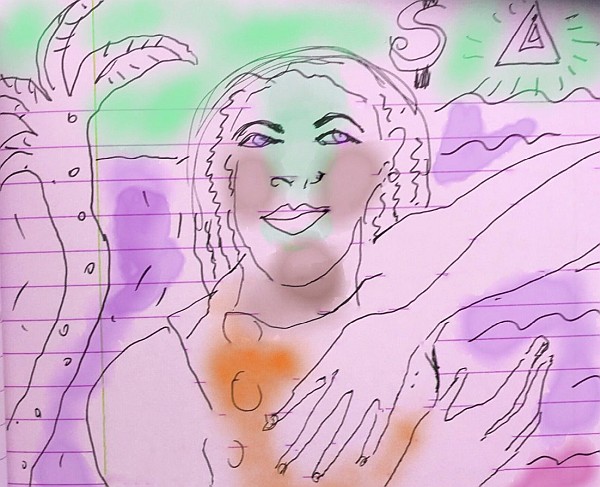 The most challenging aspect of embodied enlightenment is the resistant mind.  The mind (mental, male energy) has been allowed to be in almost total control of just about every aspect of life.

And it’s understandable, since as young children we had to put away our eternal self in order to survive.  It would have been too much for those around us, our parents, our neighbors, and friends.  They already sensed something different about us,  it wouldn’t have been safe for us to shine the light of our soul too strongly.

Consequently, we learned to make the mind, the human personality, represent us.

Many of us felt that this world was too harsh for who we really are, so we learned to compromise.  To diminish our light.

It served us then, but now we can’t continue to do that and expect to move into our freedom.

But now on a heart level, we want that freedom more than anything,  We want to have our authentic self here with us, but it feels like the gap is just too big to bridge.

We keep trying to connect with our soul using our mind.  Our heart’s into it, but our mind isn’t so much.  That means for the mind, conceding control.  It’s saying, “are you joking?  I’m not about to let go of control of my life.  For what?

What am I supposed to trust here?  Some nebulous soul that feels like something in a fairy tale?  That’s kind of ridiculous.  I’ll just keep doing what I’m doing,  I’ll just keep trying to manage my health, my finances and my joy.”

And, as we know, in light of the new energies, that isn’t working very well.  In fact, it’s working less and less.  Many are finding themselves in crises, and are brought to their knees, with no where to turn.

The mind freaks out, it tries to scramble around, looking for solutions, and fixes.  But, at the end of the day, it doesn’t have a clue what to do.

It looks to other humans for answers. But doesn’t find those answers truly satisfying.  To the human personality, it can feel like it’s come to the end of the line.  Maybe even the end of life here.

But that’s just the mind spinning its own wheels.  That’s the mind once again trying to figure it all out.  Insisting that it must do it all alone.  It’s a lonely, lonely place.

Many people leave the planet at that point because they truly believe that they have run out of options.

But those of us who are in the advanced guard, who are in the forefront of the ascension are aware that there is a solution to life’s dilemmas.  But those solutions can’t be found in any religion, medicine, in government, not even in other human beings.

THE WORLD AS THE LOOKING GLASS

The patriarchy is but a manifestation, in a 3D landscape, of the mental, mind aspect of our human personality.  The mind (male energy) has been allowed to be in almost total control of life.

That mental energy has become abusive.  It has not allowed the heart, the soul (the feminine aspect) to have a voice.

Duality is a beautiful mirror of how the mind has been out of trust with the soul.  And the heart, which is the bridge to the soul, has been shut down.

So it’s no surprise then to see what direction this planet begins to take, going further and further toward authoritarianism.  The mind’s insistence on being the sole author and ultimate director of all of life.

But the male energy is weary.  It’s tired of war, of the burden of having to figure all of life out.  Yet it has been so shut down for such a long time that it doesn’t think there is any choice.  It believes it must keep its status and power.  In an attempt to stay in control, it tries even harder than ever to laser focus and dismiss any of the heart energies.

It tries to find refuge in the mind even more.

We see it manifesting in more control over women, and others who they see as a threat.

We can see that manifesting in these new virtual video games, where you don’t even have to be here in this reality anymore.  You can spend endless money and time playing with the mind,  entertaining it, rather than connect with the heart and soul.

But the patriarchal mind can go only so far in trying to wield more power, until it does to itself what it has been doing to the feminine.

And the SOULution isn’t trying to push back against the patriarchy.  The SOULution is simply owning the soul as the authority.  And then the mind serves the soul in the way it was designed to do.

Trying to fight the patriarchal mind without the soul ends up in frustration, because the mind, just like authoritarian governments, can see that the heart energy, with its wounds, isn’t capable of the confidence needed to put the dictators in their place.

In our own lives, we are noticing that if we are not aligned with our soul, things just fall flat.  We are having to be more vigilant than ever about making sure we are not allowing the mind, with all its fears, worries and concerns, to be the final authority on our life.

If we feel pushed into a corner it’s a sign that we have come to the end of the line.  That it’s time to relinquish control to the part of us that is who we actually are.  Can you imagine allowing our authentic self to finally speak her truth, to finally be able to resolve all our human dilemmas for us?

Because we wouldn’t want to be here as just a shadow of who we are.

Covid-19: An Astrological And Energetic Perspective

We have 1313 guests and no members online