Who Has The Last Word In Your Life? 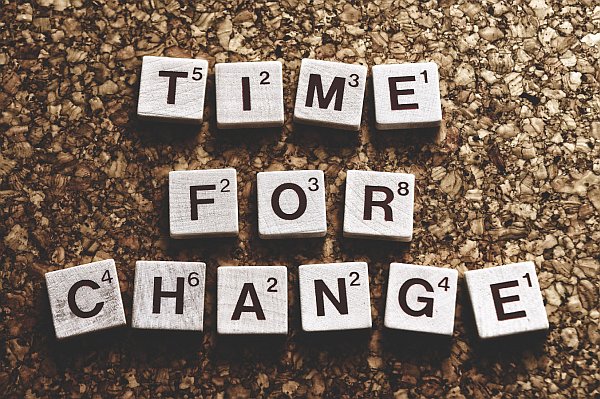 Have you ever had a relationship with someone who always gets in the last word?  They always want to have that control of the conversation.  But it’s not uplifting from your perspective.  You say something like, “I look forward to going to the ocean..” And they say, on their way out “Have fun, but be careful, you might get a nasty sunburn.” And that’s just one of millions of possible scenarios.

This person may be a friend, family member, or acquaintance, but it can be frustrating relating to them because they are always trying to elicit concern in you, under the guise of wanting to protect you.

But somehow, it feels like there is a kind of feeding going on.  Your precious energies are tapped.  You may have decided that spending too much time with them was not in your best interest.

But what you may not have realized is that you are allowing your mind to do the same thing.

What is your mind telling you about a situation, whether it’s health, finances, or any other?  Is your heart telling you what it would like, but your mind keeps interrupting with why it’s not possible?

It may not seem consequential, but your body feels that frequency that you give the most air time.  And your finances reflect the amount of times you have withdrawn or allowed others to withdraw from your energetic bank account.

Maybe you’re concerned that you may lose that friend that seems to want to pull you down, because you don’t have very many people left in your life that you can relate to.  And they certainly don’t want to lose you.

That mind that has been in the driver’s seat of your life has the same concern.  What will happen to it if you decide not to entertain it anymore?  What happens if you make more and more room for your heart and your soul to have the last word in your life?

You may have found yourself in a situation where you are at a crossroads.  Where it’s do or die.  Maybe you have reached the end of the line.  You know you can’t keep doing the same old thing again, over and over and expect new results.

But you didn’t realize that the mind has been stealing your identity.

It’s been claiming to be your soul.   It’s been trying to impersonate your heart and your eternal self.  It’s been attempting to be the resolver of your health, well-being and financial security.

It’s been the orchestrator of your life, and trying to substitute its version of joy for your eternal self’s joy.

But it’s come to the end of the line.  It knows it’s a losing battle.  It can’t keep up the charade much longer.  Especially in light of your new parter, the soul self.

You know that galactic dilemma I keep referring to?  The story that has been playing out here on Planet Earth, in which the masculine and feminine are at war with each other?  The masculine felt betrayed and abandoned by the feminine, and has been taking it out on her ever since.  And the feminine responded with unnecessary guilt and overcompensated with overnurturing of the masculine ever since.

Well, we walked away from that story and now it’s being played out on inner levels, as the battle between the mind, and the heart.  And it’s now time to walk away from that story again.  But now it’s going to take much more awareness,  because now we need to recognize when we are allowing that chauvinistic energy to dominate our thoughts and feelings.

And the mind really hasn’t done anything intentionally wrong.  It’s just been given Carte Blanche.  It was given authority over your life.  And no one, no man, woman or child, no doctor, no government has that kind of authority.

The mind really hasn’t been challenged like this before.  Or ignored before to such a degree as it is now.  Yet the mind has ignored the heart and the soul.

What the mind doesn’t yet realize is that it’s not being annihilated.  It’s just not being given the impossible job of creating your reality anymore.  It’s actually being given an amazing opportunity to relax, and to reap the benefits of an adept Soul.

And in case you’re wondering if that soul is adept, just look up at the night sky, at all those stars out there.  Just look at this planet, with nature, and with so many human hearts that want to awaken.

Do you think that the human personality with its limited mind is capable of creating any of that?

Your Soul wants you to trust her, like you did as that young child many years ago, before you put your beloved soul away for safekeeping.  Because it wasn’t the right time.

Now is the right time.  Now it’s safe for her to shine through your eyes once again.

But first before that can happen, there has to be a new pattern created.  Meaning you, the part of you, the heart of you that is connected to your soul…..has to make sure the mind no longer has the last word.

Image Credit Pixabay
© Copyright 2019 Maria Chambers, all rights reserved. Please feel free to share this content with others but maintain the article’s integrity by copying it unaltered and by including the author and source website link: Maria Chambers. source

We have 2472 guests and no members online