Stop Trying to Earn a Living

A Voice In The Wilderness...CAN YOU HAVE YOUR OWN CONVERSATION WITH GOD? 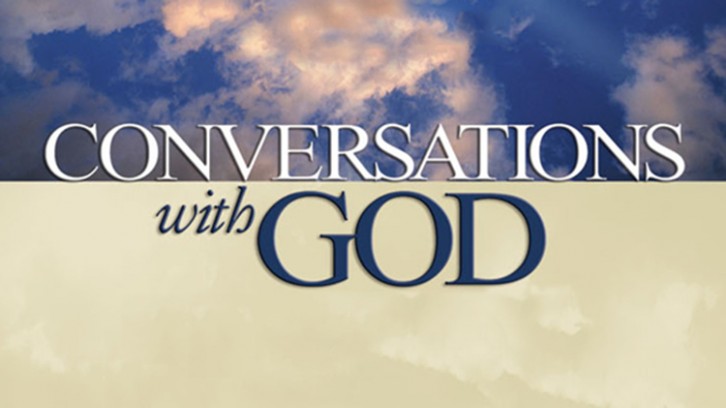 I’ve recently returned from seven days on the road, bringing the message of Conversations with God in person to people across the continent and over the Atlantic from my home in Oregon. And once again I experience that if there is one question that I’m asked more than just about any other when I meet people everywhere, it’s this:

“Can I have my own conversation with God? How can I do that? Is it even possible to do that? Or is this just something that happened to you and to other select people?”

And, of course, you know my answer. No, it’s not something that’s just happening to me. And, yes, it is possible for everyone to have their own conversation with God. In fact, everyone is having their own CWG all the time. They’re simply calling it something else.

I am aware that this response sidesteps the initial and major, pertinent and germane question — which is, of course, if there even is such a thing as “God.”

I believe there is, and that what humans have been debating and discussing for thousands of years is not whether such a phenomenon exists, but how to define it and what to call it and how to use it — if, indeed, it can be “used.”

Survey after survey, year after year, of culture after culture, in country after country all over the world indicate that the majority of people on our planet hold a belief that there is in existence some sort of Higher Power. We just can’t seem to agree on the nature of that force, its characteristics, its composition, its usefulness (if any), its intention (if it possesses a sufficient level of consciousness to even have an intention), its purpose (if any), its aim or objective or desire (if any), and its place in our lives (if any).

Is it simply a physical aspect of our Universe with which we must contend, or is it a force and a source with which we may interact with purpose and intent, producing predictable and consistent results?

The difficulty of entering into such any discussion about this is that there is no way to verify empirically or substantiate scientifically any theory that supports the second notion in the sentence above. It is rather like trying to prove that Blue is blue.

If we hold up six crayons, each of a different color, and ask members of an audience to point to the one that is Blue, will everyone point to the same one?

If we hold up six ideas about God, each of a different nature, and ask members of an audience to point to the one that is real, will everyone point to the same one?

What makes Blue blue and God god? Is it just because we said so?

We’re not going to solve this here, of course. People have been trying to get other people to agree with them on the question of God, one way or the other, until they’re blue in the face.

I have my point of view about it, but if I can’t convince you to agree with me on this, I’m not going to get discouraged or wind up being sad or feeling…well…blue.

Nor am I going to argue with you about it and thrash it out until we’re both seeing red. Now you may say I simply lack the intellectual courage to engage in such a debate. Some might even call me yellow. But I’m just not willing to get into all these gray areas. That’s a blueprint for disaster.

(Sorry, I had to do it. I’m new at this kind of humor…I’m green here…so that, of course, colors my whole approach. But I’ll stop now, because I know I’ve carried this a bit too far. To be sure, this is not what you’d call purple prose. I’m not going to win any blue ribbons with what I’m writing right now. And I’m sure you’re not exactly tickled pink with it. In fact, if I carry this any further you’ll probably turn white. But wait! There’s a silver lining to all this. I’ve been caught red handed here, and you could use my reluctance to defend my beliefs to blackball me…claiming that I don’t really believe what I say I believe, and that I’m a charlatan. And you wouldn’t be the first to charge me with that. I mean, such an accusation would not be exactly out of the blue…)

All of that having been said (sadly…), I’m going to use this space in the days ahead to share with you how you can experience having your own conversation with God (everyone is having it, but not everyone is experiencing it as that) and observe it bringing direct benefit to your life, in 7 easy steps.

So join me here next week as I share this with you. And again, this is not going to be an argument or a debate, an analysis or an investigation, about whether there is a God or not. You can quarrel about that if you want to in your comments, but my upcoming columns are not going there. So if you don’t agree with my premise that God exists, you may want to ignore my next 7 entries.

We have 1371 guests and no members online