Love Being Love and Being Loving

Are Science And Spirituality Mutually Exclusive? 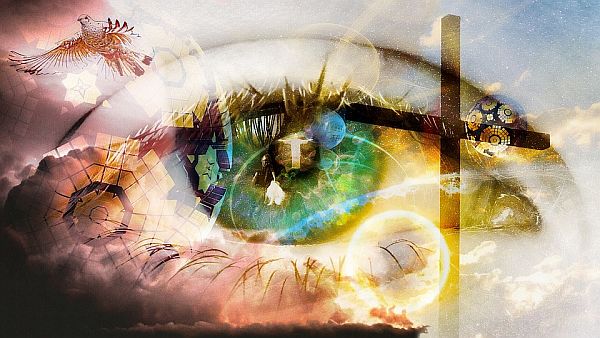 One of our most regular commenters here has said about a recent post: "I just read Neale's post again, and I must again marvel that with little manipulation, it can fit right into a scientific paradigm. There is no talk of souls or afterlives or manipulating matter, reading minds, or the other typical woo nonsense."

"With just a little bit of work, this article can be an analogy for the quantum wave, of quantum fields, of which our universe is comprised. Energy affecting — other energy — those can be quantum fields interacting. Probably wishful thinking on my part, but is this a small step away from the woo?"

I would like to reflect on that commentary here.

Let me begin by saying that it should not be surprising that my understanding of God "can fit right into a scientific paradigm" with what Patrick calls "a little manipulation" — and what I would call "a little imagination" and "a little information."

I've never for a moment thought that science and spirituality are mutually exclusive, or somehow at odds with each other.

What CWG has done for me is add to my thinking "a little information" that I did not previously have…and the dialogue does not restrict its information to that which humanity already fully understands, but invites me to stretch my imagination to include the possibility that there may be something about God and about Life that humanity do not yet fully understand…the understanding of which could change everything.

I think the only difference between what CWG is telling me about God and what science is telling us about the universe is that CWG (and, more broadly, the New Spirituality) is saying that the process of life has been (and continues to be) consciously created by a force and a source of wisdom, self-awareness, and purposeful intention that I would, in my own vocabulary, describe in one word as love.

I believe this Pure Energy exists in, as, and through everything — and, furthermore, that it can be affected and manipulated by itself. That is, by facets or particles of itself. I have long (echoing what I was told in CWG) stated that energy affects energy through the processes of energy itself. This is, others may note, quantum physics at its most fundamental level.

CWG told me two decades ago that "there is no straight line in the universe," and quantum theory confirms that the basic "shape" of the cosmos is curved.

CWG told me two decades ago that time, as we understand it, does not exist, and quantum physics makes it clear that there is no separation between what we call Time and Space, and that we are actually living in what a layman (or a spiritual author) might call the Eternal Moment of Now.

I think, in the end, that it would be ironic if the only real difference between Mr. Gannon and myself, in terms of our larger cosmological understandings, is the terminology we use to describe many of the exact same things. What he describes as "woo" is what I describe as that which we "don't fully understand about God and about Life, the understanding of which would change everything."

Mr. Gannon leaves me with the impression that he feels that if something cannot be proven and demonstrated scientifically, it is "woo," and not worthy of our consideration.

I rather like the viewpoint of people such as Albert Einstein, who didn't dismiss ideas simply because they could not (yet) be proven, but rather, said: "To sense that behind everything that can be experienced there is something that our minds cannot grasp, whose beauty and sublimity reaches us only indirectly: this is religiousness. In this sense…I am a devoutly religious man."

I would not describe myself as devoutly religious, but I would say that I am "a deeply spiritual man." By this I mean to communicate that I believe there is a spiritual basis, presence, identity, and essence behind all of life that cannot yet be explained by humanity's currently limited linear scientific logic or proof-driven model.

Or, as Shakespeare put it far more eloquently: "There are more things in Heaven and Earth, Horatio, than are dreamt of in your philosophy."

There are simply not many who will say out loud what has been said in their hearts. People seem to find it much safer to keep their innermost metaphysical understandings or beliefs quietly hidden, following Shakespeare's admonition, put into the voice of Hamlet: "Swear by my sword. Never to speak of this that you have heard."

So what many of us "hear" within ourselves we keep to ourselves.

I, of course, have not done that. And I feel a quiet inner certainty that many of the major messages of Conversations with God will someday soon be revealed to have been not so far off the mark. Yet they are today called heresies by some. In moments when they are, I find comfort in the observation of George Bernard Shaw, who wryly noted: "All great truths begin as blasphemies."

So Mr. Gannon's scientific method may disavow the existence of the spiritual essence that I call "God," but Einstein offered us this: "Everyone who is seriously involved in the pursuit of science becomes convinced that a spirit is manifest in the laws of the Universe — a Spirit vastly superior to that of man."

Okay. I call that God. Someone else may call it Something Else. But a rose by any other name…

I have become aware in my life of the existence of what I would call Intentioned Essence and Pliable, Usable, Directable Energy. This is what I call God, and I think that God can be (and, indeed, places Itself at our disposal to be) used to produce consistent and predictable results in many areas of our lives. But we have to believe this to be true for it to manifest as truth in our day-to-day experience. It turns out that believing is seeing, and this is how energy impacts upon itself.

The Rev. Dr. Norman Vincent Peale called this The Power of Positive Thinking, and it has generated sufficient pre-desired outcomes in my life to leave me convinced of its efficacy and of its reality. Whether my personal experience meets someone else's "scientific test" of proof beyond doubt or question is irrelevant to me.

Getting back to Mr. Einstein, I am particularly fond of what he said in a talk at Union Theological Seminary on the relationship between religion and science: "the situation may be expressed by an image: science without religion is lame, religion without science is blind."

I am not nearly as comfortable with the word "religion" as I am with the word "spirituality," because I experience most "religions" to be collections of doctrines and dogmas that must be accepted whole and without question by a religion's adherents. Conversations with God, on the other hand, says to all its readers: Do not believe a word of this. Simply try it in your own life. If it resonates and works, use it. If it does not, throw it out immediately. In this, and in all matters, be your own authority.

Mr. Gannon likes to assert that CWG in a religion, but not a religion in the world says that. Nor do any of the contemporary writers and teachers within today's religions say: "I could be wrong about all of this." It would be refreshing if they did. It would be refreshing if they simply said, "Here is what we believe. Decide for yourself what is true for you. And know that you will be neither condemned nor rejected by us (and certainly not by God) should you not embrace these beliefs."

Many of the messages of Conversations with God are difficult for many people to believe. And (to repeat), people should not believe them if they cannot. But just for review — to see whether there are any that you can embrace — here is a list of what I call Eleven Unbelievable Beliefs from Conversations with God:

We have 1740 guests and no members online