Forget Words, Listen to Feelings
A+ A A- 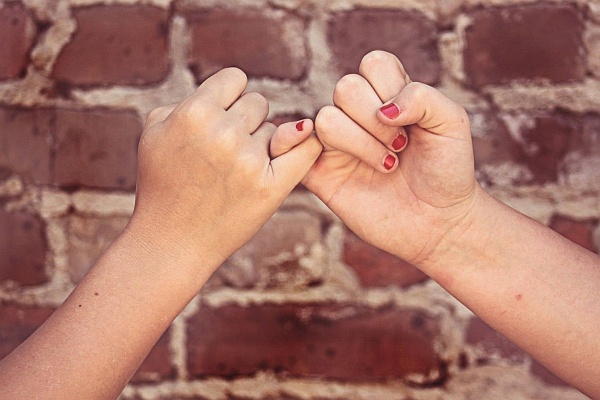 Then, further into my conversation with God, I was told something even more shocking, more stunning to my system. "There is," God said to me, "no such thing as Right and Wrong."

As you can imagine, this overturned my whole value system (not that I was paying much attention to it anyway...). I had to start over from scratch in viewing and evaluating the choices and behaviors of my life.

PART 3...I have found that the Key to Forgiveness of myself is not to forgive at all, but to understand.

All I needed to do to find self-forgiveness, then, was to understand what informed, what animated, what motivated me when I made the choices and decisions I made, and when I behaved as I did.

I am not really a "bad" person. I am not villainous, and my intention in life is not malevolent. I'm not out to "get" anybody, and I don't even seek "revenge" when people have seemed out to "get" me. I'm just a regular guy, a good person, I hope — rather ordinary in my goodness, like the rest of us. I try not to cheat, steal, lie, hurt, damage, or destroy. And yet I havecheated, stolen, lied, hurt, damaged, and destroyed. So what is that about?

It's about my not knowing what in the heck I was doing — and thinking that the only way that I could get what I felt I needed was by doing what I was doing. I was so wrong in that. I was so misinformed. Or ill-informed might be a better word.

So there I was, scrambling like a quarterback with a porous front line, darting around the backfield, trying not to be thrown for a Big Loss.

Sooner or later I'd find myself asking meekly, "Uh...can we run that play over again...?"

I did some things during that scramble that I am not proud of, some things that hurt other people...but now I understand why I did them. I understand that I wasn't trying to hurt anybody. And even though I knew that some things would hurt somebody, I did them not wanting them to be hurt, and just wondering in my simple mind, Why can't we all just be happy, without making someone else unhappy in the bargain?

And it's all because I didn't know how to be happy...or where to even find happiness. Or, worse yet, what happiness even was.

So if a person promises to pick you up at six, but doesn't arrive until nine-thirty, and the party you were going to is over, you might feel like you have something to forgive. But if, when they arrive at the door breathless and perspiring and shameful and embarrassed and chagrined and desperately hoping for forgiveness, they tell you that they actually started out an hour ahead of time but became hopelessly lost...suddenly, forgiveness is not the order of the day. You pop out of forgiveness almost immediately, and move into deep understanding and compassion.

And so that's what I did with myself and my own past. I was, I realized, hopelessly lost. It's worse than that. I didn't even know where I was going. Conversations with God showed me that, and I responded with compassion for myself, born of a deep understanding of why I did what I did during those years past.

God, of course, knows all of this ahead of time. I mean, without my having to explain. Like the mother who comes into the room to see the child's face distorted with shame and fear and sadness and self-recrimination as he gazes at the shattered family heirloom at his feet, God understands all that has happened — and why. God doesn't have to forgive, because understanding erases any need to forgive.

Then, on top of this comes God's remarkable revelation that in any event there is "no such thing as Right and Wrong"! So if I didn't have sufficient grounds for self-forgiveness (or the lack of any need for it) through understanding why I did all the things I did, I now had an even richer awareness of Life Itself — its purpose, its function, its process, and its construction. That is, how it is put together. And this completely eliminated the need for anything even closely resembling "forgiveness.”

Step One in being friends with myself was complete! I could "let go" of all that guilt I had been carrying around. Yet I don't want you to think that I suddenly became cavalier about my past, and all the hurt I had caused. I let go of guilt, but I did not step away from regret.

Guilt and regret are not the same thing. If you feel into them, you'll know the difference. I will never give up ‘regretting' some of the things I've done. To do so would be to give up my humanity. But I have given up my guilt. If nothing else, I am "not guilty by reason of insanity." It was insane of me to think that I could find happiness doing what I was doing the way I was doing it!

With guilt gone, I felt better about myself — I was almost a person I really could have a friendship with. But I still had two more steps to go before I could complete that process...

NEXT WEEK: Part 4 - The Gift of Acceptance

© 2017 ReCreation Foundation -  Neale Donald Walsch is a modern day spiritual messenger whose words continue to touch the world in profound ways. His With God series of books has been translated into 27 languages, touching millions of lives and inspiring important changes in their day-to-day lives.
Source Here

You Absolutely Can Tackle the Big Things You’ve Been Avoiding

We have 845 guests and no members online