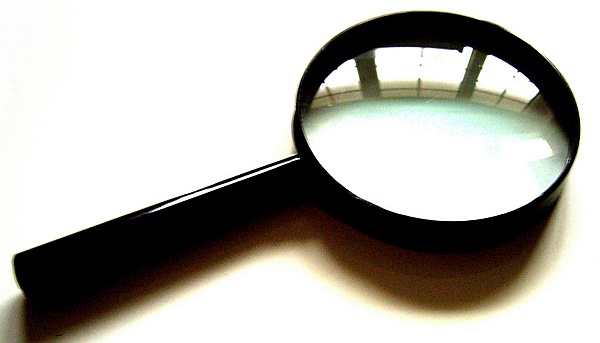 I've decided that I have to stop confusing the simple act of observation with negativity.

Soon, a certain dogmatism springs up around all this, and suddenly it becomes unacceptable in some "new age" circles to do anything but smile 16 hours a day and say nothing but positive things about everything. In these circles, when someone offers the least little comment, prediction, or description that is less than totally positive, someone else is sure to say, "Are you wanting to create that?" or "Why are you creating that?"

(Example: "Gosh, I have a real headache this morning." "Well, why are you creating that?")

After a while, people feel so hogtied, they feel so straight-jacketed, that they're afraid to say anything about anything unless they can glow from head to toe with positivity.

I call this a New Age Bypass. It's psychic surgery, on the psyche itself. It can also turn into a game of "make-crazy," where people can't even objectively describe something they're seeing right in front of their face without running the risk of being labeled a "downer," or a "negative thinker."

Yet an Observation is not a Judgment, and a Description is not a Condemnation. We would benefit a great deal from noticing the difference.

It is perfectly okay to say "The rain is coming" when, in fact, you can smell it in the air. I remember a day a few years ago where I was at a huge picnic, with about 40 or 50 people attending, when one of the guests happened to say, "Looks like it's going to rain." His wife nearly had a conniption fit. "Don't SAY that!" she snapped. "Are you trying to MAKE it rain?"

Now I understand perfectly well that we create our own reality, and I have read all the messages of Conversations with God and virtually every other New Spirituality text that is out there that says we do so with the triplet tools of thought, word, and deed. I know all about the As-You-Speak-It, So-Shall-It-Be school of thought on this subject. I belong to that school. But does that mean that we cannot even offer a simple observation, bereft of any judgment or announcement of preference, about what we are experiencing in our lives?

Of course not. Saying "oh-oh, it looks like rain" does not mean that you are at cause — and thus, at fault — when the rains come. It simply means that you are observing what is going on around you. It means that you are aware. And awareness is one of the greatest attributes that any person could develop.

The message here is: do not substitute passivity for discernment; do not — in the name of "positivity" — insert total blindness where once there was keen observation. Covering your ears does not make the wind howl any less, and putting your head in the sand does not make danger disappear.

The ability to observe the environment around us, the ability to discern one thing from another, is what comes with evolving to a higher level of consciousness. Observation is the act of seeing something; it is the simple act of witnessing without assessing. Discernment is the act of differentiation; it is the simple act of telling one thing from another.

When you consciously and deliberately stop noticing something because you "don't want to put negative energy into the space," you forfeit your most precious gift as a creative being: the gift of deciding. You cannot decide what you want, you cannot consciously choose your own future, if you are refusing to look at what is true so far.

I'm going to keep on working to remove judgment and condemnation from my experience, but I shall never remove observation and discernment. The teaching is, "Judge not, and neither condemn," it is not, "Observe not, and neither discern."