How does Divinity manifest itself? 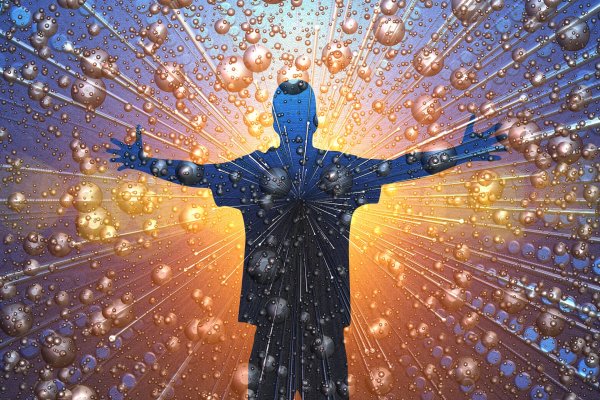 We spoke in this space last week about “unfracturing the Self.” In that entry I made the statement that life is meant to be happy, and there really should be no reason for it to be otherwise.

I added that certainly, there is no reason for life to be an experience of ongoing unhappiness. But when we are living as fractured people, trying to serve two masters and three agendas and four different thoughts that four different people have about who they think we are supposed to be, life can become very stressful and unhappy indeed. So the invitation of Life is to “unfracture” ourselves, to become whole once again.

I’d like to carry that idea forward here this week. Let me begin by suggesting that we came into this physical experience as a whole and perfect being, but we have allowed Life to pull us apart, and in some cases rip us apart.

So now it’s about returning to that place of Original Wholeness, and then coming from there in all of our interactions. And I don’t know about you, but I have needed guidelines, as I said a moment ago, to help me get to that place, and to assist me in living from that place. So I was delighted when Conversations with God presented me with a wonderfully illuminating message. It said that there were what it called Three Core Concepts of Holistic Living. It identified these as Awareness, Honesty, and Responsibility. “Live according to these precepts,” it said, “and self-anger will disappear from your life.”

I didn’t even realize that self-anger was part of my life until I was about halfway through it. Somewhere between my 35th and 40th birthday it became apparent to me that I was really not very happy with myself—and that, yes, I was actually angry with myself about many things.

Mostly, I was angry with myself for being the person I was showing up as in the world. Not that I was such a terrible, awful, rotten human being, but I sure wasn’t experienced by other people in the ways that I thought of myself. In fact, I had a wholly different idea internally about who I am from the experience that people around me reported that they were having of me.

“Nobody understands me,” I would tell myself and occasionally complain to a few friends. “In fact, I may be the most misunderstood person I know.”

Now, none of this may sound familiar to you, or a lot of it may. But I can promise you that what I’m describing about my own experience is not unique. So I began searching for guideposts, for suggestions, for insights into how I could literally pull myself together. And I have to be honest with you, I rejected most of what religions and philosophies and psychology was telling me, because it all felt so simplistic.

Then I encountered the Conversations with God experience. And what it said, too, felt simplistic. Even, in some cases, unsophisticated and naive. But in this case, I decided to listen, because the experience itself was so remarkable, so spiritually opening. So I allowed myself to take its messages in, to consider the possibility that there was more here than meets the eye, that what might appear on the surface to be very simple was, in fact, offering me an opportunity to look at life and to experience myself more deeply, more richly, and with more appreciation of the true complexity of what, on the surface, appeared to be simplistic.

That’s particularly true of the message from the CWG dialogue I’m discussing here. On the surface of it, it seems to be so obvious and so simple, almost embarrassingly naive. Of course honesty, awareness, and responsibility are important attributes in anyone’s life. That’s pretty easy to understand.

But when I looked beneath the apparent simplicity of the message, I saw and found more than I originally imagined was there. So we're going to take a look at these three core concepts one by one in the weeks ahead. I hope you will join us here.