The Inner Shaman
A+ A A- 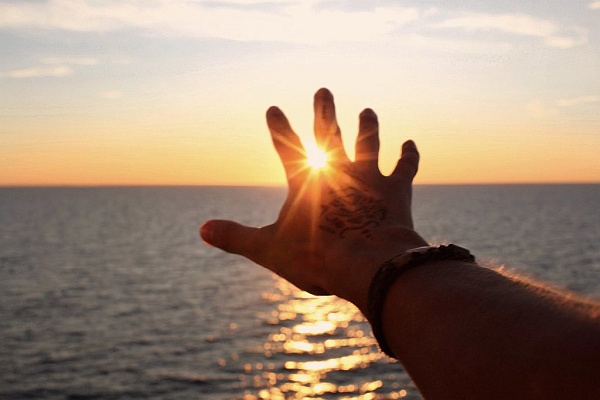 When I was a younger man I had a great sadness. A woman with whom I was engaged to be married decided that she didn’t want to marry me after all. She broke off our relationship, and I was devastated. Paralyzed, really. I didn’t want to do anything, go anywhere, see anybody, or live anymore in a happy way. I remember actually feeling that if I were to allow myself to be happy in the future, it would taint or besmirch the memory of the once-in-a-lifetime, more-than-extra-special relationship that I had with this lady. I was going to stay unhappy for the rest of my life.

That would show her!

(Isn’t it strange how the Mind can work?)

A dear friend of mine, a man I had then known for over 15 years (and who I still count as a friend today, over 30 years later) came a’knockin’ at my apartment door one Saturday following this tragic event and told me to get myself together, because I was to go with him somewhere.

But he was hearing none of it. “Either come with me now, or no longer count me as your friend.”

“Wow, you would put our 15-year friendship on the line for something you want me to do with you?” I asked incredulously.

“No. But I would for something I want you to do for you.”

Okay, he got me. I was intrigued. I did the washcloth thing, ran a comb through my hair, threw on some fresh clothes, and met him in his waiting car. Then he drove me to an apartment across town, in which lived a man in his 80s who he said was named Walter.

“What are we doing here?” I asked.

“Watch,” was all Bill said.

Inside, Bill introduced me to his elderly friend and then began undressing some bandages on his right leg. After a short while I saw what he was doing. Bill was gently washing the open running cancerous sores on Walter’s leg, applying some sort of ointment, and re-dressing them with a fresh wrap-around bandage.

Bill then said to Walter, “I brought my friend along so that he could see what I am doing. He’s going to be doing this from now on for you, Walter.”

Walter nodded and stuck out a meaty old hand to shake mine. “Glad to meet you,” he said. I was aghast, but smiled a wane smile and said nothing until I got out of this guy’s place and into the car.

“What in the world was that all about?” I demanded of Bill.

“I’m a hospice volunteer, and I change Walter’s dressing every day at about this time. I’ve got some new patients I need to attend to, so I’m passing Walter along to you. It’s a pretty easy procedure, as you can see, and Walter’s a pleasant fellow you’re going to enjoy being around.”

“Uh...Bill, I didn’t volunteer for this and I’m not going to be doing it.”

Well, I batted that one back and forth with Bill all the way back to my place, but I lost the battle, and from that day on, for many months, I was over at Walter’s place bathing his wounds and changing his bandages. And Bill was right. I soon forgot about my own personal sadness. I became Non-Aware.

That episode had a huge impact on me. It taught me that Service is a wonderful tool to help put me in touch with the Holy Experience through Non-Awareness. From that time to today, whenever I find myself “in my cups” about something, feeling perhaps a little down or blue, I ask myself, Who have you served today?

When I put my answer into action, it changes my entire disposition.

So....find a form of service. It doesn’t matter what it is. Lead a Boy Scout troop. Coach a Little League team. Serve Meals on Wheels. Join the School Board. Volunteer as an usher at the local theater or concert hall. Read aloud to the blind. Be a game-night organizer at the Senior Citizens Center. Become a regular visitor at a Nursing Home. Be with people. Do stuff. Be of service.

We have 1865 guests and no members online