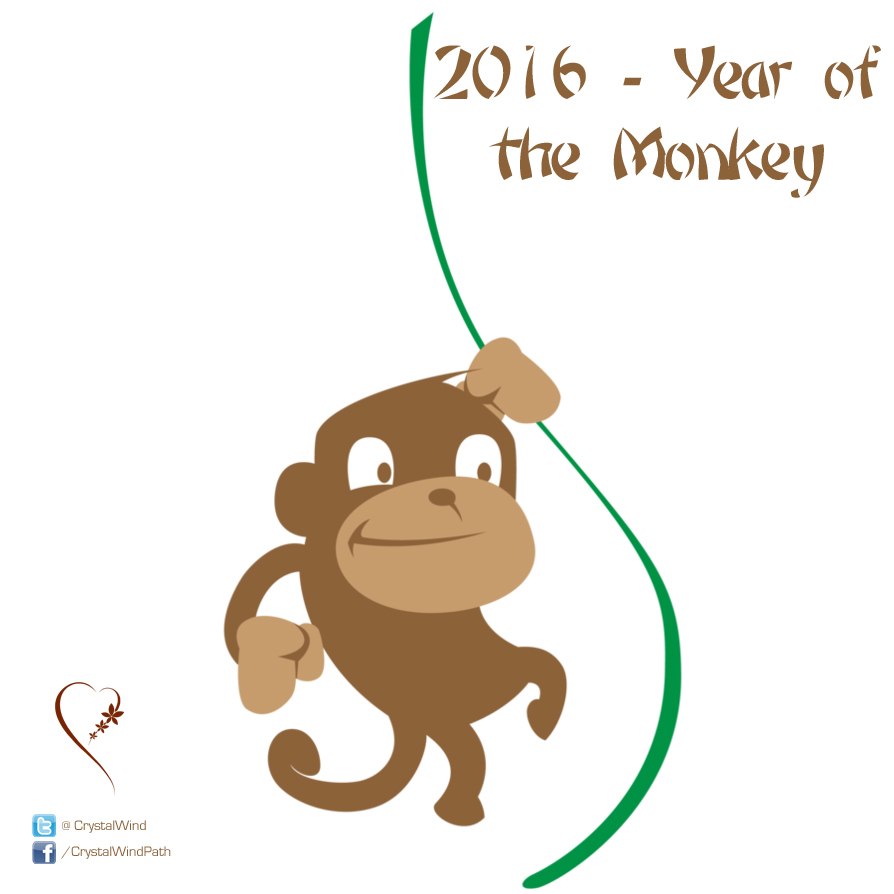 Year Of The Monkey 2016 Meaning Profile, Traits and Predictions

2016 is year of the Red Monkey. In the Chinese zodiac, the monkey is the ninth animal of the twelve animals that consist the Chinese Zodiac. The implication of this is that anybody born in 1992, 2004 and so forth are born with the Monkey as their Chinese zodiac sign. Moreover, one of the five elements i.e. metal, earth, fire, wood and earth- is assigned to a given Chinese animal year. Consequently, there are certain energies and influences in people’s lives when one of the five elements is combined with a specific zodiac animal. Therefore, according to the alternation of the elements, this Chinese zodiac year of the monkey corresponds with the influence of fire element. The last time there was such a correspondence between the year of the monkey and the element of fire was the year 1968. The next is the imminent Year of the Monkey 2016.

Personalities of people born under the Chinese Zodiac of Year of the Monkey:

There is a host of unique personalities that people born in the Chinese year of the monkey under the element fire exhibit. They are mostly described as obstinate, headstrong and stubborn. Everything burns in the hands of those people born under the sign of the Monkey. These individuals have incredible amounts of energy, are unusually more curious than the rest of the people. Unfortunately, these people also tend to be like a rudderless ship- they sometimes, most times, are without direction. They tend to be extremely reckless and are very impetuous. They seem to be on autopilot that is, they do not know when to stop midway, catch their breath, and take control of their situation. The people born in the Chinese zodiac year of the monkey manifest a certain vivaciousness and some level of anxiety. Their lively character coupled with their impulsive nature is attractive to some people, especially the people who are usually drawn to folks who exude amazing brilliance and enthusiasm.

However, the popularity of those born under the influence of the Chinese zodiac sign of the Monkey is not long-lasting. Soon, other people become disappointed and would not tolerate anymore the reckless and unpredictable actions of the monkey. The monkey’s impetuosity, if it goes on for too long, as it is bound to be anyway, will make others disdain and avoid it. 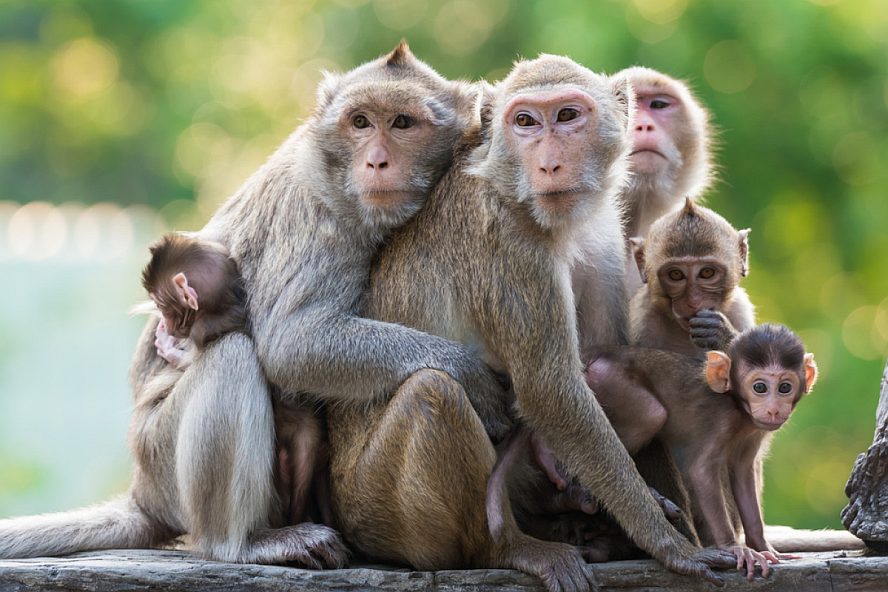 Talking of their love lives. The monkey is compatible with some other animals and incompatible with others. The perfect matches for the monkey are the ox and the rabbit. In a way, these animals seem suitable for each other. They can tolerate each other’s shortcomings. However, when in a relationship, they each need some space and freedom. Since they have overpowering curiosities, their love lives are fun and interesting as their curiosity makes them want to know each other more. These animals’ perspective and attitude of life is sometimes similar.

But the monkey would have a disastrous and strained relationship if matched with a tiger or a pig. Their values and views of life are often completely at variance. They do not have common interests and consequently, do not have common topics in their daily lives. Sometimes it is so difficult for the pig and the monkey to engage with each other with mutual respect. If in a relationship, they will have many quarrels and conflicts that will subsequently breed lots of negativity in their relationship.

The personality that people born under the influence of the Chinese zodiac sign of the monkey exhibit also differs according to the range of blood types. However, the abundance of one character is not an indication of the absence of another good character; only that one character is notable and easily identifiable to the blood type exhibiting it.

For instance, those born under the Monkey sign and are blood group O usually win high popularity among their peers, family and friends. That is because they exhibit frankness and honesty. Blood group A monkeys are characteristically ‘effervescent’ as they manifest an unusual amount of passion towards their work and studies. They are also endowed with amazing natural talents that make them more charming and popular. Though blood group B monkey people know how to excellently express their opinions and communicate with other people, they do not claim a monopoly of opinion- they listen, and sometimes, integrate the opinions and suggestions of other people. The blood group AB people born under the zodiac sign of the Monkey are impatient but love to perform before many people. They love being celebrated. 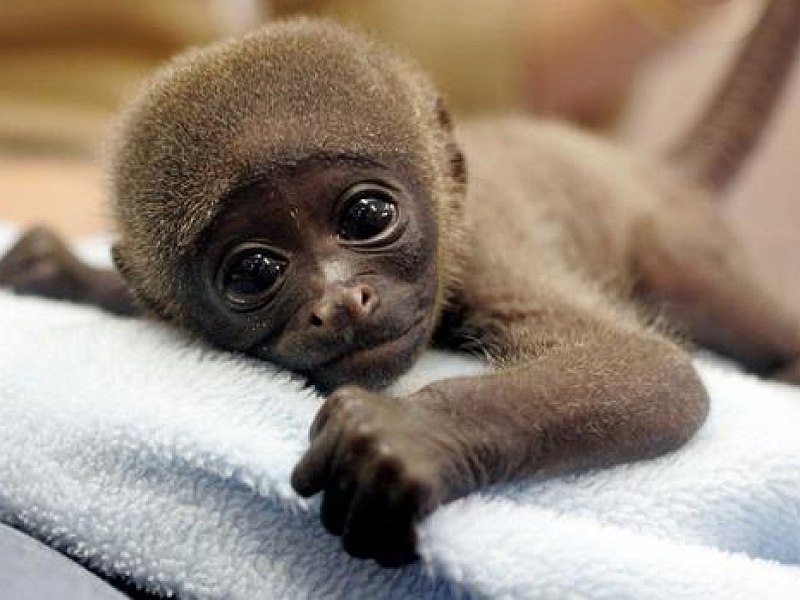 Positive and Negative Traits about Monkey’s:

So, what does the years 2015 and year of the Monkey 2016, Chinese Zodiac portend for the monkey? In 2015, the only area where the monkey people are going to suffer is in their health. Otherwise, they are in for luck in almost every facet of their life. The monkey people will be potentially successful in their careers and wealth accumulation goals. Most of the monkey people are going to get into stable relationships. If there have been problems, which is rare for a monkey, the problems will be smoothed out. However, Monkey people need to be wary of 2016. This is the year that might snatch what 2015 gave them. Their fortune may not be as smooth in the entire year. They will need to be extra careful in their investments and partnerships. Fortunately for them, they will gain regarding health if they lead a healthy and balanced lifestyle.

Famous People Who Are Born In The Year Of The Monkey:

Probably as a testament to how popular monkey people can be, or how talented they are, there are many notable monkey people out there who are basking in fame and celebrity for their amazing accomplishments. Think of Charles Dickens, Leonardo da Vinci, Celine Dion, Alice Walker, Christina Ricci, Demi Lovato, Selena Gomez, Eleanor Roosevelt, Daniel Craig, Julius Caesar, Diana Ross, Elizabeth Taylor, Will Smith, etc.