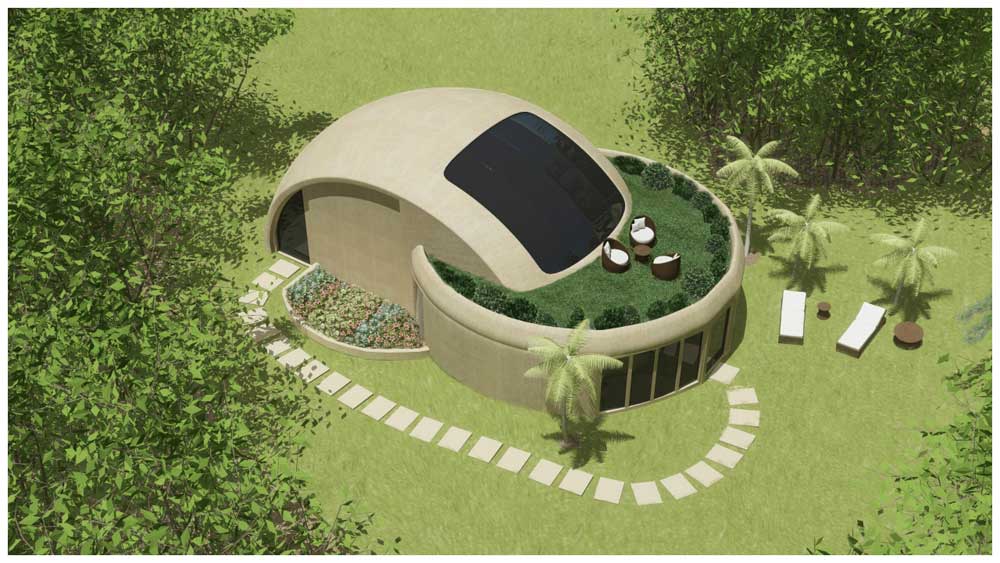 THE FALLS – A popular European construction technique is taking root here with the first hempcrete building currently underway in the Atlantic region.

Dorje Denma Ling, a Shambhala program and group retreat centre in The Falls, is spearheading the project with a long-term goal to work with local farmers to grow the hemp industry.

“We are very excited about it, so we can put that first dot on the land,” said Lennart Krogoll, centre executive director. “It’s something tangible that people can come and touch it and see it.”

Hemp-lime masonry, or hempcrete, is a cutting-edge natural building material. It is a mixture of chipped industrial hemp stalks, that look and feel like coarse wood sawdust, mixed with lime and water.

There are about 40 hemp-constructed buildings in Canada but it has been a widely used construction material in Europe for many years. 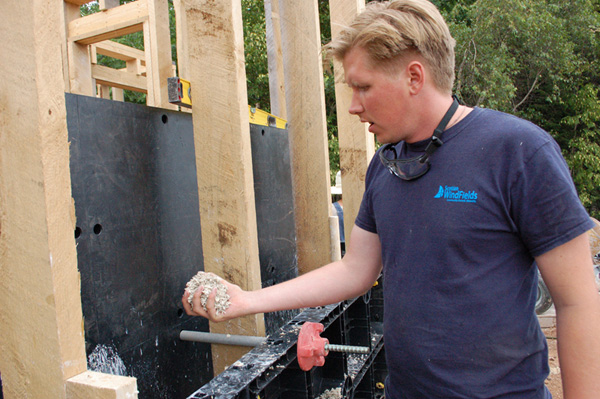 Steve Allin, a native of South West Ireland facilitating a four-day hemp building workshop at the centre, described the sticky mixture as “like apple crumble.”

Allin, a hemp buildling consultant and teacher, has been working with the all-natural material for the past 16 years, watching as its popularity in Europe has grown in leaps and bounds.

“This material originates partly from a crop that is very valuable with many other uses as well,” said Allin, also a director of the International Hemp Building Association.

He said there is an estimated 25,000 uses for industrial hemp from clothing, paper and car parts, to medical and construction applications.

While industrial hemp is derived from the same species of plant as marijuana, it has low THC levels (Tetrahydrocannabinoids, intoxicating ingredients) because it is not cultivated to produce buds where the chemical is found in great amounts.

While hemp is grown in western Canada, bundles of the chipped stalks were imported from the Netherlands for this project so the mixture would be uniform.

“We couldn’t get it quick enough or cheap enough from one (Canadian) supplier,” said Allin.

As part of the workshop, about 17 people were mixing, pouring and tamping batches of hempcrete this week under Allin’s instruction. The thick grey mixture is poured into forms encasing a 30-centimetre (12-inch) wooden frame, then it will harden into concrete-like blocks.

Once it sets-up, it will be covered with a lime-based plaster.

When complete the 10.8-metre by nine-metre (36-foot by 30-foot) building will have three bedrooms and one washroom. It will be airtight and energy efficient, heated by a central system.

“It (hemp) has a host of qualities that make it a desirable building material,” said project manager Dominic Watson Wall.

He said it is mould resistant, flame retardant, vermin resistant, vapour permeable, or breathable, and has an “incredible longevity.”

The builders estimate it will be ready for occupation as a staff residence by early fall.

“Part of the whole motivation (for this project), we really want to help stimulate this type of building and encourage a local hemp industry,” said Watson Wall. “We want this building to be a seed for that.”

The centre has purchased Italian designed panels used in the formation of hempcrete blocks, as well as an industrial sized mixer that will be available to rent to contractors working on hemp building projects.

Krogoll said this pilot project is the first of several hemp buildings planned for the site and they are “fine tuning the mixture” to see how it works in this climate.

“I think it is part of our vision and mandate, or mission, so to speak to collaborate with a lot of communities and people here,” said the executive director. “This is a fabulous opportunity in that regard.”

People are welcome to stop by the centre and see the building under construction until the end of this month, and on Sunday mornings in mid-August.