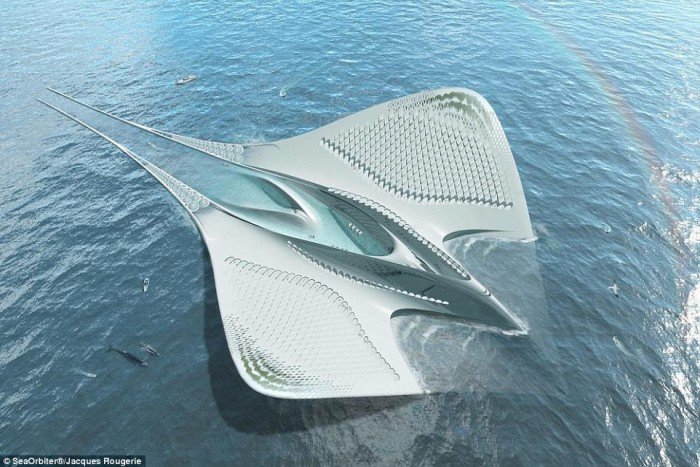 Lately, we have seen lots of impressive designs for futuristic underwater and floating ocean cities. In most of the cases, the idea to live in the ocean derives from the fact that one day the humanity may have no land left for new constructions due to the constant population growth and the ever-worsening state of the environment. However, a project by French architect Jacques Rougerie was inspired mainly by his love for the ocean.

In a recent interview, he called himself a “mérien,” which can be translated as “oceanite” or “one belonging to the sea.” Rougerie envisions to create the City of Mériens which will be populated by people who share his passion for the ocean and would be interested in studying the surrounding marine environment.

This 3,000 foot by 1,600 foot floating university city will be shaped like a manta ray and will have the capacity to accommodate 7,000 people, including researchers, professors and students. Apart from the living quarters, there will also be a number of laboratories and classrooms, as well as leisure and sport facilities.

The city will be 100% self-sustaining, powered by renewable marine energy and equipped with innovative recycling systems. According to Rougerie, it will produce no waste at all. The idea is to build a city that not only will contribute to the exploration of the marine environment but will also have a zero impact on it.

It is not the first example of Rougerie’s aquatic architecture – his $50 million project named SeaOrbiter is currently under construction. This futuristic ship, which has already been dubbed “a starship Enterprise for the water,” is going to be a floating skyscraper and an innovative oceanography lab. Of course, there will be a place for SeaOrbiter on Rougerie’s City of Mériens – it will be located in the inner lagoon of the structure, along with other marine research vessels. 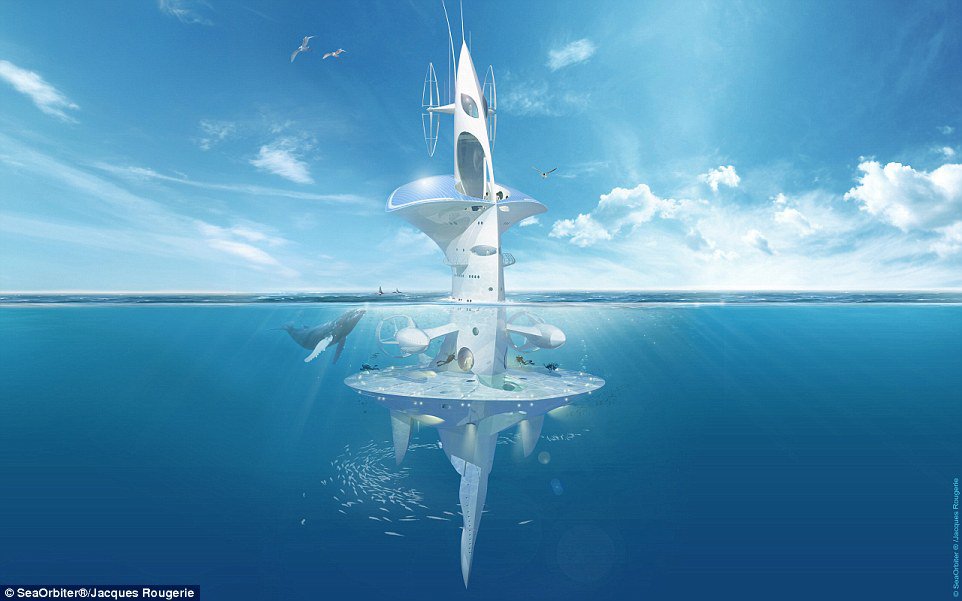 Despite that the project is quite ambitious and can even seem utopian to some people, one day it may be implemented and we might see a real-life City of Mériens. 70-year-old Rougerie, who describes himself as a “pragmatic dreamer,” hopes to inspire younger generations to make his project a reality someday.

CrystalWind.ca - Higher Consciousness, Crystals and Gems, Spiritual Awakening
CrystalWind.ca is free to access and use.
Please donate a small gift of $11.11 or $22.22 or $33.33.
Thank you!
ॐ Namasté - Blessings!

We have 1231 guests and no members online