What to Remember When Practicing Forgiveness
A+ A A- 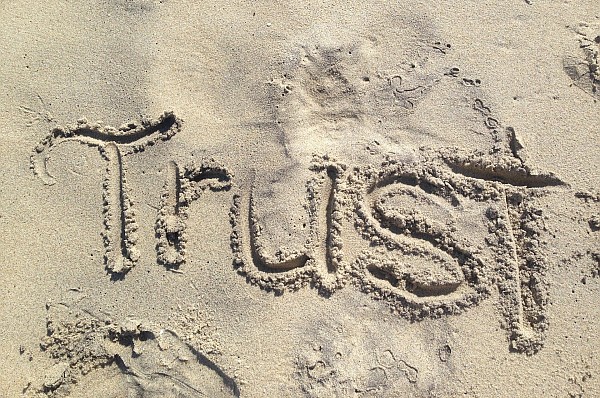 I broke my wee toe about three weeks ago. I have such a dangerous job – I was preparing to give a talk, walking around my office speaking aloud as I refined how I was going to describe one particular topic, and I hit my toe on the radiator.

I’ve been surprised since then just how much we use our little toe. At first, I thought it would be fine in a week or so. I mean, it’s only my wee toe; the smallest one, out there on the outside. But I found it surprisingly difficult to stand with my foot flat, which actually made walking quite a challenge. It’s much better now, but much of that is due to one day in particular.

It was a week and a half ago, and I hadn’t been able to wear shoes for the previous 10 days since it happened, only trainers. But I had a corporate presentation to deliver in London so I thought I should look my best for it.

I had to catch an early morning flight, so walking from the drop off area at the airport to the terminal building was the furthest I had walked until then, but as the day went on, a series of unusual events left me surrendering and trusting in the way things are meant to be. Let me explain.

So I flew into London City airport. Every time I’ve flown into City, the aircraft parks in its usual stand and it’s barely a handful of steps until we’re inside the main terminal building. This time, we had to park at the opposite end of the airport, get a bus, then walk what felt about a half mile from there, to inside and through the airport. It’s by far the furthest I’d ever walked at City airport.

I took the underground as the venue was less than 100 metres from Marylebone tube station. But due to a line fault or building works or something (it wasn’t entirely clear), I had to get off at one station and walk to another, which eventually turned out to be between half and one mile and took me about 15 minutes. Finally at the venue the day went well and my talk was very well received.

I considered getting a taxi to my hotel, but decided on the tube again, however, due to a broken down carriage, I had to get off and change at Paddington station. The tube let us all off at a section of Paddington I didn’t even know existed, way out back, beside a river. At this point, I decided that there was no way I was going to walk all the distance into the main station and get another tube. I was taking an Uber.

I walked to the nearest road, a couple of hundred metres, but due to extensive building and demolishing work, the whole road was closed to all but buses, which meant I had to walk to the next road. That turned out to be closed too. By the time I actually got onto a road that cars could drive on, I’d walked around two thirds of a mile (according to Apple Maps).

Now, I consider myself a really positive person, but with my broken toe, this was testing me just a bit. I don’t think I’d ever walked so far in any one day on a trip to London. I remember thinking, what are the chances that all these travel mishaps forcing me to walk everywhere would happen on the day I have a broken toe and have to wear shoes for the first time? I could easily have slipped into feeling sorry for myself, or complaining, or some other kind of negative feeling. I burst out laughing instead.

This is how things needed to go. I was being directed. I knew that the odds of all this happening on the day I had a broken toe were just too outrageous, so there had to be a reason for it. Either it was to set my injury back or it was because doing all this walking was actually a good thing.

Later that night at my hotel, my toe was quite painful, and again the following morning. But by lunchtime, it felt like a miracle had happened. I could walk with hardly any pain or discomfort. It was amazing, the difference even from that morning. I was walking around in total disbelief.

I’m guessing that all the walking had actually increased blood flow to the area and helped the injury to heal faster. So walking all that distance had been a good thing.

I’d never have voluntarily elected to walk what amounted to about 2 miles in shoes, with a broken toe. If I’d have said I was going to do that, most people would have thought I was joking.

The moral of the story is this. There are times when life presents us with a set of circumstances that seem wrong, or painful at the time. Maybe we have to walk a long way around, maybe we are rejected by a person or group, maybe we lose out on something we had our heart set on, maybe we lose a lot of money or something valuable, or any of an infinite number of seeming problems or mishaps.

But maybe it’s not karma, maybe you’re not being punished, maybe God doesn’t have it in for you, maybe you’re not unlucky. Maybe you are simply being guided, re-directed because there’s a better way that you’re just not seeing right now. Or even it’s as if your higher self, soul, or God, is saying, “I have something (or someone) better in mind for you.”