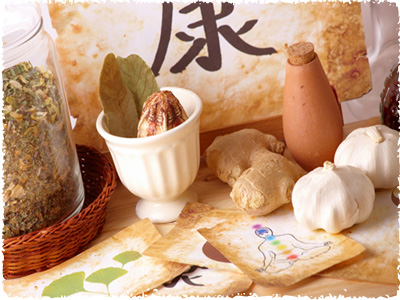 Traditional Chinese Medicine (TCM) is a complete medical system that has been used to diagnose, treat, and prevent illnesses for more than 2,000 years. TCM is based on a belief in yin and yang - defined as opposing energies, such as earth and heaven, winter and summer, and happiness and sadness. When yin and yang are in balance, you feel relaxed and energized. Out of balance, however, yin and yang negatively affect your health.

Practitioners also believe that there is a life force or energy in every body, known as qi (pronounced "chee"). In order for yin and yang to be balanced and for the body to be healthy, qi must be balanced and flowing freely. When there's too little or too much qi in one of the body's energy pathways (called meridians), or when the flow of qi is blocked, illness results.

The ultimate goal of TCM treatment is to balance the yin and yang in our lives by promoting the natural flow of qi . In an interesting analogy, often used to explain its nature, qi is described as the wind in a sail; we do not see the wind directly, but we are aware of its presence as it fills the sail.

What is the history of TCM?

The first writings about TCM date back to 200 B.C.E. Herbal medicine and acupuncture, including theory, practice, diagnosis, and treatment, were recorded in classical Chinese texts and refined over many centuries.

The practice of TCM stayed in Asia for centuries. Chinese immigrants had been practicing TCM in the United States since the mid-19th century, but its existence was unknown to most Americans before 1971. That year, New York Times reporter James Reston, who was in China covering former President Nixon's trip, had to have an emergency appendix operation. After the operation he received acupuncture for pain, and his stories about this experience with TCM fascinated the public. Since then, TCM has gone on to become a mainstream alternative medicine practiced all over the world.

How does TCM work?

Disease (alterations in the normal flow of qi such that yin and yang are imbalanced) is thought to have three major causes: external or environmental factors, your internal emotions, and lifestyle factors such as diet. Through the use of its therapeutic modalities, TCM stimulates the body's own healing mechanisms. Practices used in TCM include:

In TCM, the body's internal organs are not thought of as individual structures, but as complex networks. According to TCM, there are five organ systems (kidney, heart, spleen, liver, and lung) through which qi flows via meridians.

Despite their specific names, these five systems correspond to more than individual body parts. The kidney, for example, represents the entire urinary system along with the adrenal glands that sit a top of the kidneys. The heart represents both the heart and the brain.

The TCM practitioner will ask you questions about your medical history and conduct a physical exam to look for signs of imbalance. He or she will examine your skin, tongue, and hair, as well as other parts of your body (from the brightness of your eyes to the color of your nails), and will check six pulses on each of your wrists.

The practitioner will also listen to your voice to assess your shen (spirit), and will work to determine if one or more of your organ networks are affected. He or she will then try to correct any imbalances in your body by providing a combination of the therapies discussed above.

What is TCM good for?

Over the centuries, TCM has been used to treat countless conditions. Western scientists are still studying its effectiveness for various diseases. Some of the conditions for which TCM is known to be particularly helpful include:

TCM may also be an effective treatment for the following ailments:

You should not treat yourself with Chinese herbs, especially if you are pregnant or nursing. Over-the-counter herbal products are often poorly labeled, and important information may be missing. Some herbal products contain drugs not listed on their labels. For example, some Chinese herbal creams that are used to treat eczema contain steroid medications.

Also, be on the alert for Chinese herbal medicines containing aristolochic acid. This acid, derived from an herb, has been implicated in nearly 100 cases of kidney failure and even cancer. A trained and certified TCM practitioner can identify herbs that are safe to take. The practitioner should also explain the potential side effects of the herbs he or she prescribes.