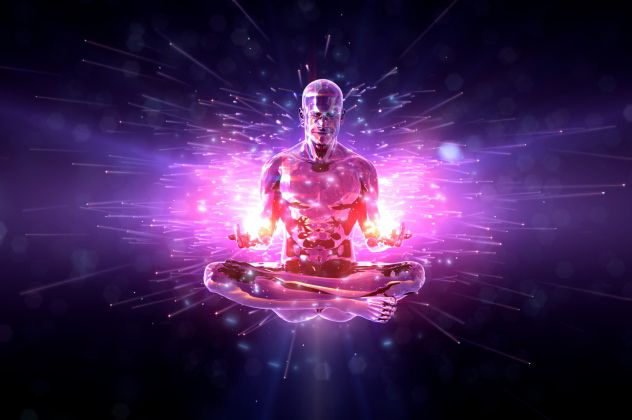 Dan Tien is one of three energy centers in the body. It is most important for martial artists and energy practitioners.

In Taoism, martial art, Qi Gong, and Traditional Chinese Medicine, it is known to be the sea of Qi/Chi, the elixir field, or red field. It is also known as the Alchemical Cauldron.

It is not only the storage or reservoir of energy, it is the connection to the rest of our body. Where does the human energy comes from? The core. All power which mobilizes the body originates from the Dan TIen.

Of all the areas in the human body, the Dan Tien is most important to spirituality because it is the source of vitality and health. It helps you to become magnetic, have greater stamina, be stable, vibrant, strong willed, and have abundant health. 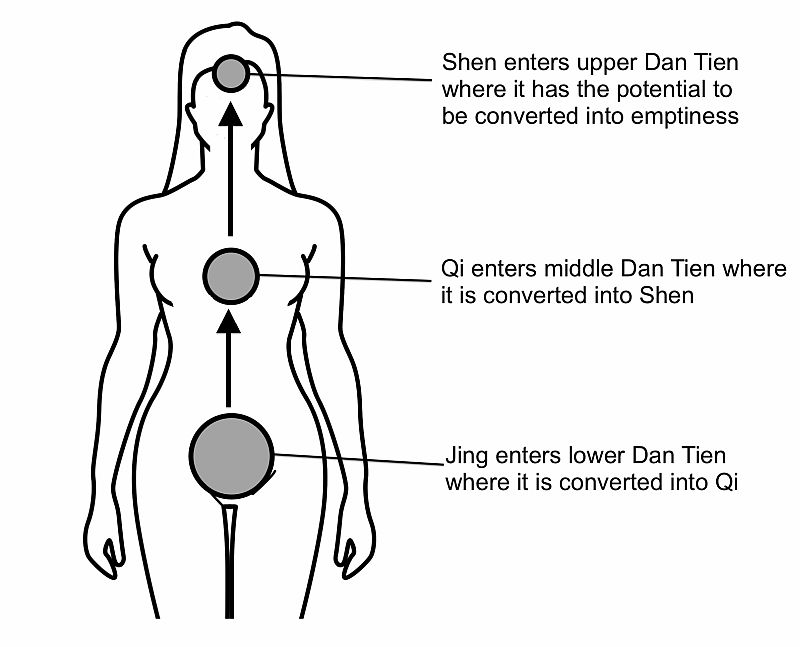 Where is the Dan Tien?

The Dan Tien is located at the navel area. This includes the navel, below the navel, and the solar plexus.

Some have said that it is on the solar plexus. Others said it is a few inches below the navel. When it comes to Dan Tien, it doesn’t matter. It is the around the navel area which is considered Dan Tien.

However, there is a difference between the Dan Tien area and the Real Dan Tien.

The Real Dan Tien is where your baby is. We may think of it as the little energy baby inside your navel. Every person’s center of gravity is different. Therefore, each person must find his or her own Real Dan Tien.

It is not easy to locate the Real Dan Tien because it’s a specific tiny point. It’s like trying to find a needle in a haystack. It takes practice in feeling the Dan Tien and then allowing your intuition to show you where the Real Dan Tien lies.

Scientific studies also confirmed now that the navel area is regarded as the “Second brain”, our enteric nervous system which handles some 100 million neurons and influences our mood more so than our neo-cortex. The enteric nervous system functions like the brain: send and receive impulses, record experiences, and responds to emotions.crystalwind.ca

When we speak of the subconscious mind in the biological level, we are in fact talking about the second brain. This is the area which is responsible for our defense mechanism and evolutionary instincts. It is our “gut feeling”.

Though we cannot say for sure that the enteric nervous system is the Dan Tien, what is certain is that it is part of the package. The second brain corresponds with Dan Tien but is not the Dan Tien itself.

Is Dan Tien the same as 3rd Chakra?

One may notice that the Yoga system of chakra is similar to the Dan Tien. You may see the correspondence between the 3rd chakra and the Dan Tien because they are in the same place in the body. But are they the same?

No. Dan Tien is not the 3rd chakra.

It is not a terminology crossover or a correspondence of different systems talking about the same thing. They are two entirely different things.

First, a chakra can’t store energy but Dan Tien can.

Similar to the second brain, the 3rd chakra is a part of Dan Tien but is not Dan Tien itself.

Is Dan Tien the same as the Hara?

The Japanese medical and martial art tradition has called the center of balance as “The Hara”. It’s description resembles the Dan Tien. Yet, is it the same?

Yes, the Dan Tien and the Hara is the same. Both are not chakras but a league of their own. They are described as the sea of energy and the center of the body. The location of the Dan Tien and Hara are below the navel and 2-3 widths within. However, the location is different depending on the person.

Similarly to Dan Tien, there is the Hara and the Real Hara. The Hara itself means “belly”. The Real Hara has a specific point and is called “Tanden” in Japanese. Tanden means “red field”. We know of another term which means “red field” – the Dan Tien.

The origin of the Hara begins when the baby is removed from the physical umbilical cord. However, the invisible cord between you and life continues to exist throughout the Earth and Universe – emotionally, mentally and spiritually. As a baby inside the womb, you get your energy by breathing from the umbilical cord. Even when it is removed, you can still get energy from this area.

While the Chinese methods may differ from the Japanese methods, the Dan Tien can be cultivated the same way as the Hara.

The middle Dan Tien lies in the chest area and corresponds with the heart. It is the area of the emotions and healing. It also corresponds to the vagus nerve.

The upper Dan Tien lies in between the eyebrows in the middle of the forehead and corresponds with the third eye. It is the area of mental thinking and psychic activity. It also corresponds to the pineal gland.

*Correspondence does not mean it is exactly that but that there are some connections to it.

This manifests as one’s heart and mind becoming unbalanced. 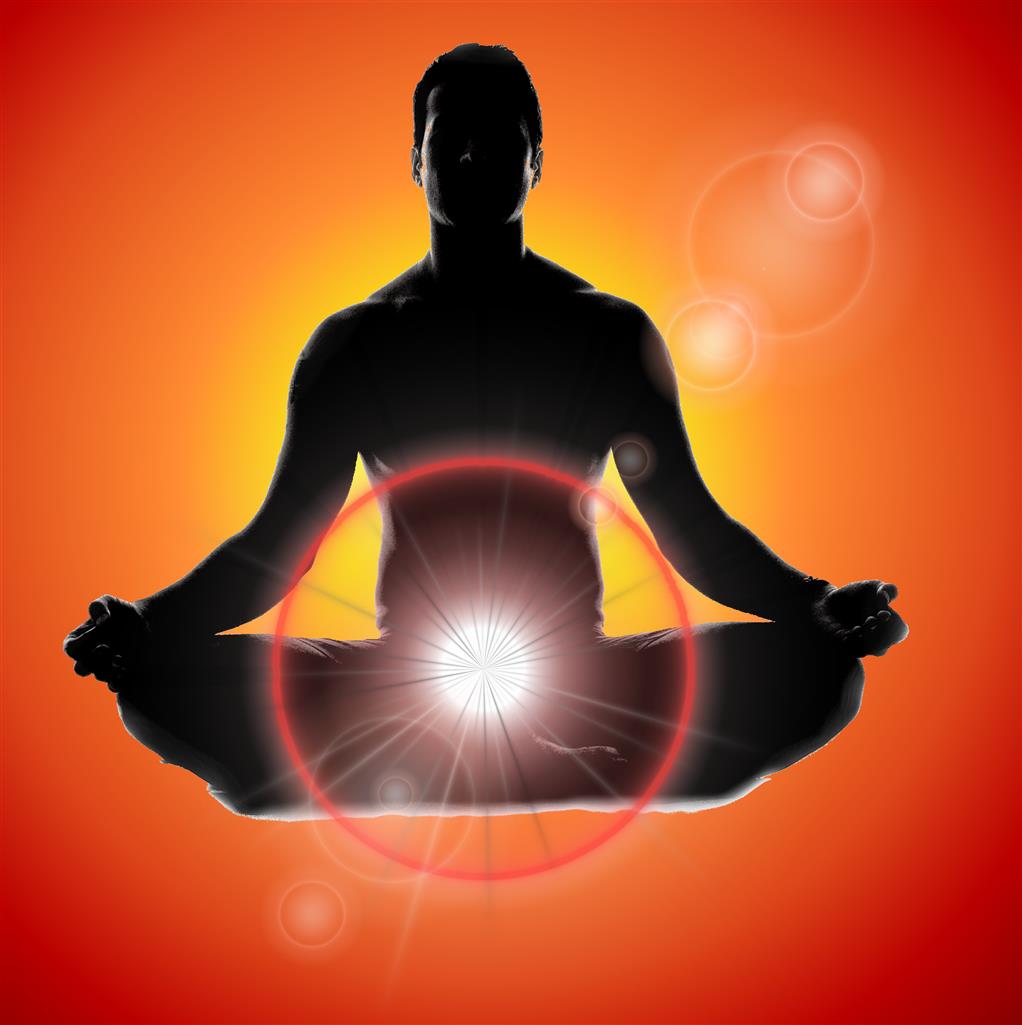 Centering on the Dan Tien

When one is centered on the Dan Tien, there is a different feel to it. He is rooted, centered, and grounded.

It feels stable. The eyes brim with assurance as if he is backed up by his family. No, he is assisted by the Earth and Heaven.

He is aware of his body. His body is aware of the entire body and, thus, eases the tension of his muscles while connecting the head, chest, arms, and legs together for easier motion.

When he speaks with the Dan Tien, there is a voice of power emanating throughout his body.

Relaxation flows through every meridian of the energy body as it heals through the stagnant energy in the system.

The Dan Tien is the anchor to the rest of your body. If you are performing energy work without becoming connected to your Dan Tien, it can be dangerous.

Lastly, centering on the Dan Tien brings you to the present moment in the ‘here and now’.

The term dantian used by itself usually refers to the lower dantian, which is considered to be the foundation of rooted standing, breathing, and body awareness in qigong, Chinese martial arts, and other martial arts. The lower dantian has been described to be "like the root of the tree of life".

In speaking of the lower of the three energy centers, the term dantian is often used interchangeably with the Japanese word hara (腹; Chinese: fù) which means simply "belly". In Chinese, Korean, and Japanese traditions, it is considered the physical center of gravity of the human body and is the seat of one's internal energy (qi). A master of calligraphy, swordsmanship, tea ceremony, martial arts, among other arts, is held in the Japanese tradition to be "acting from the hara".

The lower dantian corresponds to the yoga concept of the swadhisthana chakra. In yoga philosophy, it is thought to be the seat of prana that radiates outwards to the entire body.