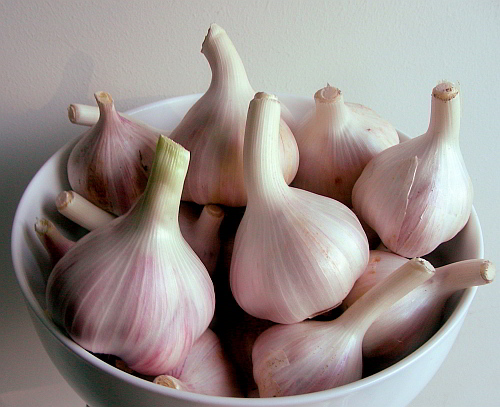 It’s not as colorful or alluring as many fruit and vegetable superfood varieties, but garlic is actually one of the most powerful healing foods that you can include in your daily diet. I’ve written about garlic in the past, specifically covering the many ways in which this common food can protect against cancer and infections. While significant (and extremely easy to take advantage of), these are only a few of the key benefits garlic has to offer.

Here are the top 5 healing properties of garlic that put many pharmaceutical drugs to shame:

If you’re serious about your health, it is absolutely essential to boost your natural immunity. After all, your immune system is responsible for crushing biological threats before it turns into a manifested form of sickness. Always getting the flu, a cold, or suffering from a condition that decreases immune function? It’s time to get your body in check before a more serious condition takes advantage of this weakness. Garlic has been used for over 5,000 years as a medicinal food, with the Ancient Egyptians and Ancient Greeks revering the food for its ability to fight off illness.

Rich in vitamin C and potassium, garlic can also aid your digestive processes. We have known for quite some time that not only is your digestion integral when it comes to your overall immunity, but your mental health as well.

Pharmaceutical blood pressure drugs come with a host of side effects, many of which are deadly. Garlic comes with a long list of additional and most likely unexpected benefits. Thanks to the unique way in which garlic is able to affect the smooth muscles of the arteries and therefore cause them to relax and dilate, garlic can directly lower your blood pressure naturally.

While it has been known (and acted upon) by many traditional systems of medicine for thousands of years, Washington State University has confirmed that garlic is actually more effective than pharmaceutical antibiotics in fighting the highly common bacteria known as campylobacter bacterium. It may not mean much when read out loud, but this bacteria currently infects around 2.4 million Americans per year with stomach-related illnesses.

As one leading expert explained:

Perhaps the most well-known benefit of garlic is its ability to fight off cancer both effectively and without any side effects. This is believed to be due to the fact that garlic enhances the production of what is known as hydrogen sulfide. This increased production is thought by scientists to be effective in preventing the development of cancer — particularly prostate, breast, and colon cancer. It is truly a rare find that mainstream government organizations will recognize non-patented, natural foods for their anti-cancer effect. In the case of garlic (and turmeric), even Cancer.gov admits a clear link between garlic consumption and cancer prevention, writing:

“Several population studies show an association between increased intake of garlic and reduced risk of certain cancers, including cancers of the stomach, colon, esophagus, pancreas, and breast.”

5. It Can Detoxify Your Body

Did you know that garlic can help in the elimination of toxins from your body? Toxins, of course, are unwanted contaminants that cover everything from chemicals and heavy metals to parasites. Containing multiple sulfur-containing compounds, garlic is able to stimulate liver enzymes responsible for removing toxins from the body. This is in addition to the allicin and selenium content of garlic, which are two vital nutrients that also assist the liver in fighting off toxic elements.

About Anthony Gucciardi:
Google Plus Profile Anthony is the Editor of NaturalSociety, producer, consultant, and seeker of truth. Anthony's work has been read by millions worldwide and is routinely featured on major alternative and mainstream news website alike, like the powerful Drudge Report, NaturalNews, Infowars, and many others. Anthony has appeared, oftentimes routinely, on programs like Russia Today (RT), The Alex Jones Show, Coast to Coast AM, and others. Anthony is also a founding member of Natural Attitude and the creator of the independent political website Storyleak