Oregano Oil Benefits
A+ A A- 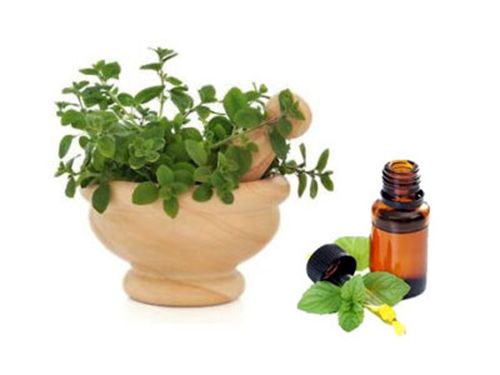 Most people know oregano as a seasoning used in food. It’s frequently consumed as part of the sauce in pizza and pasta but oregano has some amazing benefits that would surprise most individuals. Carvacrol, a compound found in oregano oil, is the constituent responsible for oregano’s health benefits.

Oregano Oil Benefits
Oregano Oil has antibacterial and anti-inflammatory properties. This make it an ideal substance for fighting disease. Oregano tea can help naturally eliminate parasites; for added efficacy, garlic can be used in conjunction with oregano. Oregano tea can also help as a natural remedy for cramps or colic. Recent studies have shown carvacrol, the main compound found in oregano, to be effective in killing cancer cells. Oregano oil is also useful in eliminating foot and nail infections. Additionally, oregano can even be used in as an insect repellent and can be added to other oils to create a natural disinfectant for household use.

Oregano and Norovirus
Norovirus made headlines on a Royal Caribbean cruise ship when it infected over 600 passengers and crew member. This virus is easily spread and highly contagious. Contamination can come from contact with a contaminated person, touching a contaminated surface, and ingestion of contaminated food or water. In the U.S. alone, 20 million people are infected annually. Infected people usually recover in a few days but people with already serious conditions can face fatal results.

According to research published in the Society for Applied Microbiology’s Journal of Applied Microbiology, oregano’s main compound, carvacrol, can be used to eliminate norovirus. Carvacrol breaks down the hard outer layer of the virus. Since carvacrol only eliminates the outer proteins of the virus, it is unlikely that norovirus would develop resistance. Additionally, carvacrol is safe, non-toxic, and has no negative side-effects. Norovirus is also known as winter vomiting disease. Schools, nursing homes, hospitals, and cruise ships are particularly susceptible to this virus. Norovirus is the primary cause of vomiting and diarrhea around the globe.

Data from a study by the Institute of Life Sciences showed carvacrol clearly demonstrated anti-tumor effects on human metastatic breast cancer cells. The same study found that carvacrol “could have a potential therapeutic significance in treating cancer.”

Oregano and Prostate Cancer
Prostate cancer is the second leading cause of cancer death for men in the U.S. according to the American Cancer Society. Carvacrol was tested against human prostate cancer cells and was found to completely inhibit the cancerous cells. In other words, carvacrol induces apoptosis or simply put, “cell suicide” according to a study by Dr. Supriya Bavadekar, assistant professor of pharmacology at LIU Pharmacy. These findings could reduce the adverse affects and complications of current cancer treatments. Currently, cancer treatment options include surgery, chemotherapy, radiation, immune therapy, and hormone therapy; most of which have a long list of serious side effects and complications.

Dr. Supriya Bavadekar said,”We know that oregano possesses anti-bacterial as well as anti-inflammatory properties, but its effects on cancer cells can really elevate the spice to the level of a super-spice like turmeric.” She goes on to say, “A significant advantage of oregano is that it is commonly used in food and has a ‘Generally Recognizes As Safe’ status in the U.S.”

Oregano Oil Remedies
Use oregano oil at home to help naturally remedy foot fungus, nail fungus, and skin tags. Oregano oil is strong and can burn the skin if not used properly. Always dilute oregano oil before using and use a small amount of it to start. For foot fungus and nail fungus, mix one drop of oregano oil with a pea-size amount of vitamin E or vaseline. Mix thoroughly and apply to the affected skin. Apply once a day for about a week or until the fungus is eliminated. For skin tags, mix 2 drops of oregano oil with a pea-size amount of vitamin E oil or olive oil. Once mixed thoroughly, using a Q-tip, apply carefully on the skin tag without touching any on the surrounding skin. Apply this mixture every other day until no longer needed. The oregano oil will start to dry out the skin tag until it falls off on its own.