Do Drugs Work Better If We Believe In Them? 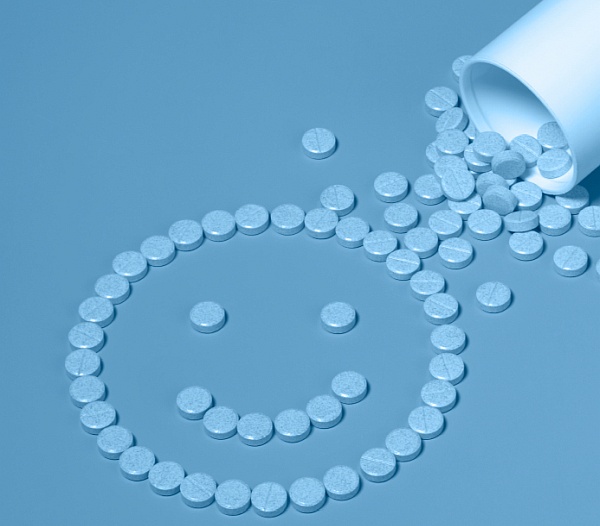 It seems to me that they do – broadly speaking.

Paying more for a simple painkiller, for example, seems to make it work better. A study of differently packaged aspirin tablets, for example, found that those that were branded to look more expensive worked much better than those that looked plain and generic.

In other words, paying ten times more for branded painkillers than for generic ones actually seems to enhance their effect. There’s nothing chemical going on. It’s the same drugs. It’s our perception of them that’s going on. We perceive something that’s more expensive as being better. Ultimately, it’s our own perception that enhances the painkilling effect. In this case, our brain produces its own natural (endogenous) painkillers.

Studies of anti-ulcer treatments in different countries reveal a similar kind of effect. A trial of Tagamet in France found it to be 76% effective with the placebo coming in at 59%. Yet a trial in Brazil found Tagamet to be 60% effective. In other words, a placebo in France was almost as good as the actual drug in Brazil!

What we believe matters. Having faith in a particular doctor is likely to mean that her or his prescriptions will work better for you.

In a British Medical Journal paper a few years ago, doctors who gave a ‘positive consultation’ (for minor ailments), where they reassured the patients that they would be better in a few days, were compared with doctors who gave what were defined as ‘negative’ consultations for the same kinds of ailments, where the doctors were less reassuring. Two weeks later, 64% of those who had a positive consultation were symptom free, yet only 39% of those who had a negative consultation were symptom free. Over and above the effect of an actual medicine prescribed, and your beliefs about it, is your thoughts, feelings, and beliefs about the doctor.

Did she/he listen to me? Did she/he show me empathy? Was she/he confident and reassuring? Or even, was she/he old even enough to understand my case properly? And she/he did look and sound very intelligent!

These are all conversations we have with ourselves during and after a consultation. The thing is, the dominant thoughts and feelings that we settle on matter.

And it would be wrong to think that any benefit of how we think, feel and believe is ‘just psychosomatic’. The contents of our minds shift our biochemistry. Placebo research suggests that our brains very often produce the chemistry that is required to deliver a result we’re expecting to happen.

What does this overall kind of effect above say about our own minds? It shows us that what we think about, how we feel, and what we believe, matters. It’s not a reason to ditch our medicines, of course. Taking and acting on medical advice is sensible. But it shows that our own thoughts, feelings and beliefs about the medicines and about doctors play an important role in recovery and healing.

Taking it a little further, I would even extend it and say that, for some people, their thoughts, feelings and beliefs about the medical systems, insurance companies, and even pharmaceutical companies also matters.

The latter point is something I’m quite familiar with. I’m a trained organic chemist and worked as a scientist in the pharmaceutical industry several years ago. I often hear people say that they mistrust the industry in general. As such, some think of the drugs they are prescribed with suspicion; some imagine that they are poisons, or that they’re only being prescribed them so that the system can make a profit.

All I can say is that most of the people I worked with in the pharmaceutical industry wanted to save lives. If you are prescribed medicine, rather than imagining it as something poisonous, imagine it instead doing the job it’s supposed to do. Picture it as an animated character swimming through the bloodstream to where it needs to go and doing what it needs to do. If you’re prescribed medicine, this is a much better use of your mind.

The deciding factor, it seems, is what you believe!

For the study on branded vs generic aspirin tablets, see: A. Branthwaite and P. Cooper, ‘Analgesic effects of branding in treatment of headaches’, British Medical Journal, 1981, 282, 1576-1578.

For the study of placebo injections vs placebo tablets in the US and UK, see: A. J. de Craen et al, ‘Placebo effect in the acute treatment of migraine: subcutaneous placebos are better than oral placebos’, Journal of Neurology, 2000, 247(3), 183-188.

For the Tagamet study in Brazil, see: J. A. Salgado, et al, ‘Endoscopic findings after antacid, cimetidine and placebo for peptic ulcer – importance of staging the lesions’, Arquivos De Gastroenterologia, 1981, 18(2), 51-53.

For the study comparing positive vs negative consultations, see: K. B. Thomas, ‘General practice consultations: is there any point in being positive?’, British Medical Journal, 1987, 294, 1200-1202.

We have 2730 guests and no members online