Four Ways To Rid Your Body of Fluoride's Negative Effects 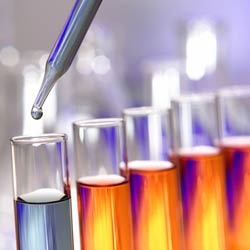 For years experts have been warning against the dangers of sodium fluoride, but that awareness has grown in recent years, as cities like Portland, Ore. have angered residents with plans to add fluoride, and voters in Wichita, Kan. voting against adding it to their water system for the third time in as many decades.

Such dangers, experts have noted, include incredibly high amounts of fluoride in toothpaste - 500,000 percent higher than fluoridated water, according to this report).

The point is, fluoride toxicity is much more pervasive than most people think, and now seems like a great time to discuss how best to detoxify yourself.

"Even if you somehow managed to escape the ingestion of fluoridated water in your younger years, chances are you've been exposed to food items that actually can contain about 180 times the sodium fluoride content as fluoridated water," writes Anthony Gucciardi, who cited fluoride expert Jeff Green. "This has to do with how what's known as aluminum fluoride, or Cryolite. Used as a pesticide due to its ability to kill bugs, conventional farmers will often times spray excessive amounts of the sticky substance onto crops. As a result, the aluminum fluoride substance will reside unless thoroughly washed off of the produce."

In a separate interview, Green said that Cryolite was "actually sodium aluminum fluoride," a compound that "is especially effective at killing bugs."

"It's also very sticky, so when they spray it, it's more likely to stick on your produce, unless you're... really working at trying to get it off of it," said Green.

The fluoride expert recommends four ways you can detoxify yourself: 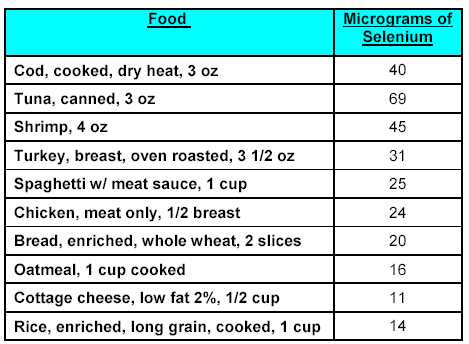 Selenium: The experts say selenium is very often the first nutrient they recommend to those seeking to remove or dramatically reduce the presence of sodium fluoride in their bodies. According to Food Consumer, A new study in the Journal of Hygiene Research suggests that taking selenium supplements or eating selenium-rich foods may help reduce the damage to neurons and minimize memory loss induced by fluoride..."

Experts say a great all-natural source of selenium is Brazil nuts, but they caution that it is important to balance your intake.

"I don't recommend you start eating handfuls of Brazil nuts," says Gucciardi. "Many in the field of natural health recommend a dose of 100 to 200 micrograms, though this does fall below the National Institute of Health's 'upper limit' of 400 micrograms."

He added that Brazil nuts vary in selenium content, which is determined by a number of factors. On average, you can expect between 70 and 90 micrograms per serving.

Selenium is also found in fish, meats, and other nuts.

Warns Gucciardi: "Don't forget also that taking selenium along with high doses of vitamin C and zinc can actually inhibit proper absorption. Here is a useful list of foods that contain selenium that includes microgram count."

Nascent iodine: Iodine is vital in many ways in addition to fluoride detoxification, but that said, fluoride is known to directly attack the thyroid, say experts, and as such, iodine - and in particular nascent iodine, which is the best quality - "helps remove sodium fluoride through the urine as calcium fluoride," says Gucciardi.

Tamarind: If you've never heard of tamarind - and many people haven't - it is a "staple in the ancient Ayurvedic medicinal system," Gucciardi writes, "which is considered to be the 'mother' of natural medicine." Besides making your tea taste better when added, the substance also helps get rid of fluoride through the urine.

Dry sauna: "As with many other toxic substances, a powerful dry sauna session can help to excrete sodium fluoride from fatty tissues," Gucciardi says. "Be sure to drink up on purified water to replenish yourself afterwards."

We have 2892 guests and no members online