What Is An Immunity Passport?
A+ A A- 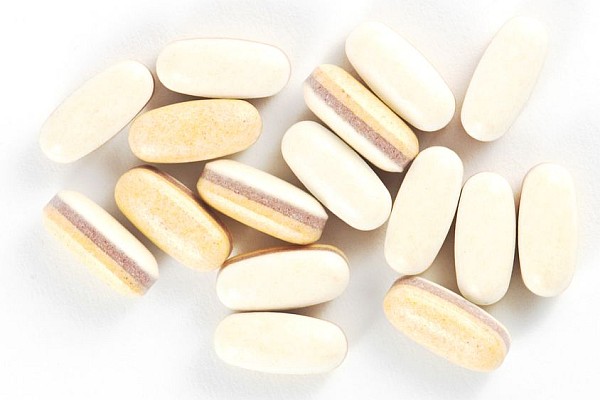 Negative thinking is defined as a spiraling of thinking that takes a person from one negative thought to the next. Often this is lightly attributed to getting up on the wrong side of the bed. But now we find it may also be a case of 'bad bugs'.

Could the little microbes teeming in our gut have anything to do with negative thinking? Surely not, you say smugly.

Research from the Leiden Institute for Brain and Cognition in The Netherlands has determined that one's gut bacteria indeed will affect our negative thinking and cognitive state.

"These results provide the first evidence that the intake of probiotics may help reduce negative thoughts associated with sad mood."

What is Cognitive Reactivity to Sadness?

The notion of cognitive reactivity was developed as part of cognitive behavior therapy – which serves to investigate the source of a person's depression. Reductions in negative thinking have been associated with decreased depression symptoms.

Research from Leiden University has studied this element of cognitive reactivity to sad moods along with depression. A questionnaire protocol developed at Leiden – called the Leiden Index of Depression Sensitivity (LEIDS) – has been found to help determine to what degree a person's negative thinking leads to an increase in depressed thoughts.

Certainly it is not logical to deny there is a spiritual component involved in depression. But negative thinking can help spiral one into a further state of hopelessness. And certainly there is hope.

Probiotics and the Gut-Brain axis

In terms of mechanism, the fact that probiotics can affect our gut-brain axis has been found in other research. The vagus nerve bridges the brain with the heart and the digestive tract. It stimulates parasympathetic activities that result in a steady heart beat and intestinal peristalsis – the rhythmic motion of the intestines that help our food become digested. The vagus nerve affects many other physiological events, but these two provide a clear avenue for probiotics. Because probiotics produce numerous signaling biochemicals that communicate with our brain, immune system and digestive tract.

In other words, our intestinal bacteria are not just sitting there, fermenting our foods. They are living organisms that communicate with each other and communicate with our body – their host.

Yes, unlike humanity's treatment of our host – the earth – our intestinal probiotics care for their host, and want it to stay healthy. So their biochemistry helps balance our body's neurotransmitters and immunity.

Yes, finding that probiotics can directly affect negative thinking is exciting. But it is not unexpected for those of us who have continued to be amazed at the intelligence of these tiny living organisms.

+ - Credit Click to collapse
REFERENCES:
Steenbergen L, Sellaro R, van Hemert S, Bosch JA, Colzato LS. A randomized controlled trial to test the effect of multispecies probiotics on cognitive reactivity to sad mood. Brain Behav Immun. 2015 Apr 7. pii: S0889-1591(15)00088-4.
Jarrett RB, Minhajuddin A, Borman PD, Dunlap L, Segal ZV, Kidner CL, Friedman ES, Thase ME. Cognitive reactivity, dysfunctional attitudes, and depressive relapse and recurrence in cognitive therapy responders. Behav Res Ther. 2012 May;50(5):280-6. doi: 10.1016/j.brat.2012.01.008.
Van der Does W. Cognitive reactivity to sad mood: structure and validity of a new measure. Behav Res Ther. 2002 Jan;40(1):105-20.
Case Adams is a California Naturopath with a PhD in Natural Health Sciences, and Board Certified Alternative Medicine Practitioner. He has authored 26 books on natural healing strategies. His focus is upon researching, writing about and authenticating traditional therapies with clinical evidence. His books can also be found at Heal Naturally. Contact Case at .
Disclaimer: This article is not intended to provide medical advice, diagnosis or treatment. Views expressed here do not necessarily reflect those of GreenMedInfo or its staff.
Source - prepareforchange.net
CrystalWind.ca is free to access and use.
Please donate a small gift of $11.11 or $22.22 or $33.33.
Thank you!
ॐ Namasté - Blessings!

We have 1374 guests and no members online