The Disturbing Facts Regarding The Refined Sugar Diet 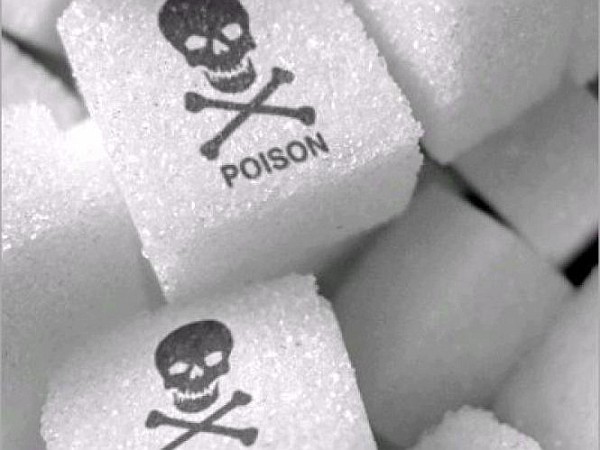 Because of the industrial processes involved in manufacturing, sugar has practically no nutrition value: The vitamins and enzymes have become denatured (loose their molecular shape) and thus fail to contribute to the body’s metabolic requirements.Refined sugar is also devoid of mineral content.

It is pure energy

For those who frequently eat significant amounts of refined sugar products, this can lead to many problems.

Because a large intake of sugar causes a sharp rise in blood glucose, the pancreas jets out high levels of insulin as a sudden response. The insulin converts glucose into glycogen as storage in the liver.

However, the overreaction of high insulin more than converts the excess glucose. This results in the blood having lower than normal glucose levels. Consequently, hunger is felt. Remember that, an individual in this circumstance has more than enough glucose, but it has been converted as storage in the liver.

So the need to munch away again is carried out (more sugar perhaps?). The even more excess glucose from this next eating binge causes the glucose storage to get converted into fat…Frequent recurrences of this situation can lead to obesity and type –2 diabetes.

Normal cells use oxygen for aerobic respiration and their metabolic processes. The cancer cell uses glucose, going into anaerobic respiration. So particularly, long-term consumption of excessive sugar foods can contribute to cancer.

It can cause Type-2 Diabetes

With reference to the earlier point regarding the constantly high sugar intake and high insulin levels as a response: This is how the body develops type-2 diabetes over time. It takes about 6 years to manifest.

The sad thing is that there are now record-breaking numbers of children developing this disease as young as six or seven years old, such as those in the United States of America.

Is this slow-motion suicide?

Obesity and the failure to metabolize carbohydrates effectively could lead to illnesses such as: Poor night vision, blindness, kidney disease, cardiovascular problems, liver failure, damage to nerves, impotence, obesity, failure of wounds to heal properly, not to mention type-2 diabetes can lead to a whole range of side effects. This includes: Alzheimer’s disease, a lack of male function with low testosterone levels…There is no doubting that diabetes type-2 goes hand in hand with obesity.

There is much evidence to support the idea that ‘food changes the mood’. Individuals taking high levels of sugar on a regular basis are no exception. Take the case of children as an example. If you want to see some of them not bouncing off walls and have their hyperactive state prevented or greatly reduced: the solution may be easier than you think.  Just stop giving them sugar. Substitute this for good natural, wholesome food and watch them change their behavior.

Mood swings and depression has been linked to fluctuations in blood glucose levels. When refined sugar products are eaten, first there’s the ‘rush’ or ‘highs’ experienced, and then the pancreas overcompensates by jetting out more than enough insulin (roller coaster ride) and as already mentioned this results in too much glucose converted in to storage. So now there’s low-level blood glucose. Cravings for more of that sweet stuff comes about and the accompanying feelings of being foggy headed, depressed or down in the dumps results.

If ever there is a circumstance whereby disease is allowed to manifest, it is by means of a sugar environment. Micro-organisms can be abundantly present in the body’s internal dead-end regions. For example, they can be at ducts or lymph nodes. Feed them on their favorite food, sugar, they will grow and multiply. Consequently, you could be well on the way to illness from the toxic environment they generate.

The Advanced Glycation End-products (AGE’s), the nasty yellow-brown compounds made up of sugar and body tissue protein acts as a precursor to aging. In effect, the body becomes oxidized and then aging, premature grey hair and wrinkles… manifests. Sugar addicts may be rusting themselves away into an early grave since degenerative disease could soon follow on.

Remember that sugar has no nutrition value of its own. It is of no use to the body’s cells: No contribution to growth or repair. So if sugar is eaten, the body is depleted of nutrients by having to deal with it. For example, as William Dufty quite rightly points out in his excellent book ‘Sugar Blues’, through eating sugar, the body is depleted of copper, which is an essential in maintaining the elasticity in veins and arteries. This could lead to strokes or aneurysms.

Other essential elements such as sodium, potassium and calcium are used up in handling the sugar onslaught. If too much calcium is used in dealing with sugar, then this could lead to osteoporosis. Not all the sugar is detoxified in the body. Metabolic remnants are left behind that accumulate as fatty deposits.

Sugar can also contribute to an unhealthy acid imbalance in the body.

Avoid sugar and notice the changes for the better in yourself!

We have 2483 guests and no members online