Best 7 Combination of Foods And Yoga to Lose Weight Faster

5 Ways Yoga Can Heal Your Soul 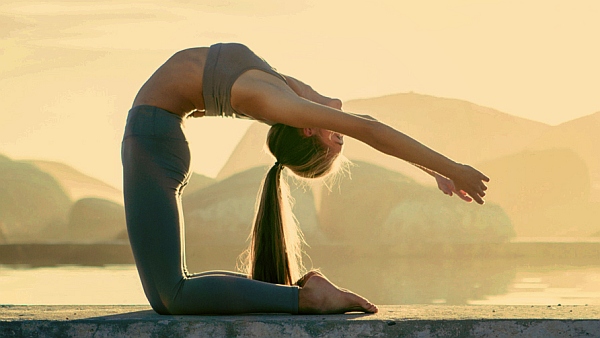 Yoga is a tremendously ancient art, used for centuries not only to strengthen and improve the body, but also to help the soul.

Our modern understanding of yoga is very far removed from the all-encompassing philosophy which used to be the basis of yogic practice, and our reduction of the art says a lot about the modern mindset.

Traditional yoga is about much more than just improving your physique – it’s a transformative and transcendent art, which aims to aid people in their spiritual journey.

The increasingly superficial nature of the world, and a Western dualist philosophy which asserts (inaccurately) that mind, body, and soul are separate entities have, however, ensured that much modern yoga is reduced to a means of looking pretty.

However, even science is now coming to the understanding that yoga, if used correctly, really can be just as good for your mind and soul as it is for your body.

Here are some ways in which yoga can benefit your state of mind and soul:

Yoga is a fantastic way of tapping into the parasympathetic nervous system.

The parasympathetic nervous system is responsible for putting the body into a ‘rest and digest’ cycle, during which energy and resources are sent to help out with ‘housekeeping’ like digestion.

This is the opposite to the ‘fight or flight’ system, which is activated when we are stressed and sees resources diverted away from things like digestion and sent to the muscles instead.

Mental function also suffers, as the psyche uses ‘rest and digest’ time to process experiences and generally clear itself out.

By using correct pranayama breathing techniques, and through the slow, meditative movements of many traditional yoga exercises, one can slow the heartrate, calm the body, and activate the parasympathetic nervous system – giving your soul some much needed contemplation time!

It is now thought that many addicts turn to their substance of choice as a way in which to artificially gain the parasympathetic effects described above.

They are unsatisfied by the state of their minds and souls, and try to gain satisfaction through drugs and/or alcohol.

Of course, this kind of method will never bring the deep and lasting transformation which is needed in such cases – in fact, it will only make things worse.

Yoga can be wonderful for recovering addicts as it gives them the sensations of calm and control that they’ve been subconsciously craving.

Yoga’s powers of transformation can help addicts to heal the rift in their souls which they were trying to fill with substances. Its relaxing effects can also help to combat cravings.

3) Yoga Is Good For Depression 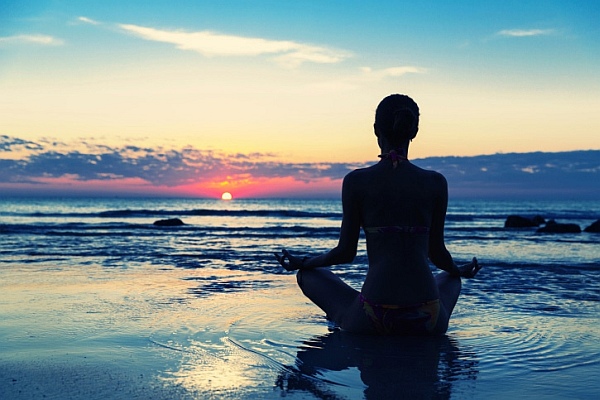 Yoga is proven to be an effective complimentary therapy for those suffering from depression.

Not only does the calm but physical nature of many of the exercises release endorphins – giving a natural (if temporary) mood boost, but the way in which yoga helps to combat the stress response is a bigger help for those with depression than many might think.

Not only do they feel less stressed and/or upset in the short term, but the ‘mental downtime’ a lack of stress and anxiety affords the psyche is incredibly helpful.

‘Downtime’ is a healing and transformative time for the brain, during which the unconscious mind can get to work on the process of healing deep-down trauma and upset.

Those who suffer from repetitive depressive thoughts may find that traditional yoga allows their psyches time in which to ‘clear out’ these thought cycles, and generally render the sufferer’s psyche fresher and more robust.

The mental health of the modern young is an issue of major concern for today’s medical professionals.

Young people are suffering from more mental illness than ever before – and those who fall prey to mental health issues when young grow up facing a lifetime’s battle.

However, studies are starting to prove that yoga, far from being a simple healing tool, can actually be a preventative measure, which protects people from mental illness.

Those who develop their abilities to harness the more transcendent qualities of yoga early in life are particularly well-placed to have their psyches safeguarded against the stresses and strains of modernity throughout their lives.

It doesn’t just work for young people, though – adults can also use yoga to protect themselves from mental health issues.

As discussed above, undertaking a course of yoga which incorporates the spiritual as well as the physical aspects of the art has been proven to be immensely helpful to those with mental health issues.

It allows the mind to connect with its deeper self, and gives the psyche an opportunity to heal or ‘clear out’ troubling issues.

Because of this, yoga is fantastic not only for healing but for actively preventing illnesses like depression, anxiety disorders, addictive disorders, and even post-traumatic stress disorder.

However, yoga also seems to be able to heal various physical disorders – despite medical science stating that simple physical poses of this variety should be unable to do so.

Patients who practice yoga experience a decrease in their pain levels, suffer from less inflammation, tend to heal from physical wounds quicker – and even have a higher cancer survival rate than those who do not.

It is thought that this incredible fact may have something to do with the spiritual benefits of yoga.

Nurses have known for centuries that patients with a more ‘positive attitude’ and better spiritual health tend to recover faster than those who do not.

Perhaps yoga bestows a more ‘healing’ mental attitude which can be applied to the physical as much as to the mental.

P.S. Do you practice yoga? Are you struggling to build a yoga practice that you can stick to?

Join our 7 Day Yoga Challenge on Mindvalley’s newest platform, Zenward and build a healthy yoga practice in a fun and effortless way. We have 1985 guests and no members online