Understanding The True Purpose Of Yoga
A+ A A-

Understanding The True Purpose Of Yoga 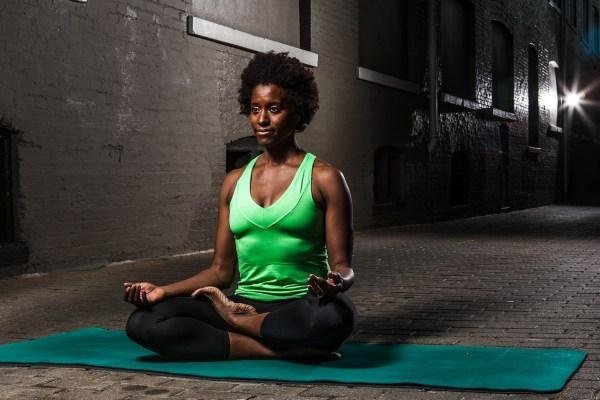 The true purpose of this 5,000+ year old practice was never about contorting into the perfect pose…wearing cute yoga outfits, or building instagram followers with sexy backbend photos.

These days, it seems like everyone is a “yogi.” Whether on social media, big pharma-sponsored TV commercials, or countless Bikram, hot, and core power studios in every major city across the globe, yoga has quickly become embedded in our mainstream culture. Thank goodness! It means we’re headed in the right direction as a civilization, evolving away from gross materiality and towards a more mindful, compassionate and spiritual society. However, yoga is about a lot more than physical prowess, preternatural flexibility, or believe it or not – having the perfect yoga booty.

According to Paramahansa Yogananda, author of bestselling book Autobiogrpahy of a Yogi recently featured in the Netflix film Awake and who brought yoga to the West in 1920 with the Self-Realization Fellowship, “many people think of yoga as just physical exercises — the asanas or postures that have gained widespread popularity in recent decades — but these are actually only the most superficial aspects of this profound science of unfolding the infinite potential of the human mind and soul.” According to Yogananda, in past centuries, mankind had limited knowledge of the forces that run the universe, so most of the higher techniques of Yoga were little understood or practiced.

Today, an understanding of science is rapidly changing the way we view ourselves and the world. The traditional materialistic conception of life as we know it is quickly vanishing with the discovery that matter and energy are essentially one. From Einstein’s relativity theory to the rise of quantum physics, it is common knowledge that every existing substance can be reduced to a pattern or form of energy, which interacts and interconnects with other forms. Some of today’s most celebrated physicists even go a step further, identifying consciousness as the fundamental ground of all being. Thus, modern science is now confirming the truest ancient principles of Yoga practiced over 5,000 years, which affirm that unity pervades the entire Universe.

According to Websters dictionary, the definition of yoga is “1: a Hindu theistic philosophy teaching the suppression of all activity of body, mind, and will in order that the self may realize its distinction from them and attain liberation. 2 : a system of exercises for attaining bodily or mental control and well-being.” In Sanskrit, The word yoga itself means “union”: of the individual consciousness or soul with the broader Universal Consciousness or Spirit.

There are many different branches of yoga, all of which can ultimately lead to the experience of union:

True Yoga: Beyond the Body

For many practitioners, the discipline of yoga centers only on Hatha, or physical asana postures. The practice begins with contorting or controlling the body, and is focused on the feelings, or sense-driven phenomena the nervous system produces as a result. When done regularly, the physical practice of yoga can help reduce stress and boost concentration, overall health and a sense of well-being. Although balanced health and well-being are an important step towards enlightenment, it is important not to confuse this with the ultimate purpose of yoga: preparing the body for meditation. Once the restlessness of the body has been calmed through an asana practice, the consciousness can now be directed inward to the soul, which lies beyond the senses and material awareness. Absent this next step of practice, the experience of yoga can be limited to the realm of bodily sensations, like sex, drugs, alcohol, or chocolate.

A sad but poignant example of the limitations of a body-focused yoga practice is the recent sex scandal and court judgment against Bikram Choudoury, the 73-year old founder of the hotter than hot worldwide Bikram Yoga movement. Bikram, or “hot yoga” involves a 90-minute series of 26 yoga poses practiced strictly in a humid 95–108 °F environment. Despite leading countless devotees to more strength, flexibility and well being, and creating a successful $75 million dollar empire based on physical yoga poses – he has yet to pay any of the $6.8 million awarded last year to his former attorney, who alleges he sexually harassed and then fired her after she investigated rape claims from multiple students. Though he still denies the claims, the scandal calls into question the potential limitations of a physical-only yoga practice – no matter how popular.crystalwind

Unaccompanied by higher levels of union through meditation and control of the body-bound senses, the practice of physical yoga is like taking 90 minutes to prepare a delicious, nourishing, three course meal – then throwing it in the trash without tasting it.

The next time you complete your yoga asana practice, sit still. Meditate. Turn inward, and allow yourself a moment to taste the spiritual bliss you’ve worked so hard to cultivate.

This is the true purpose of Yoga.

We have 1283 guests and no members online