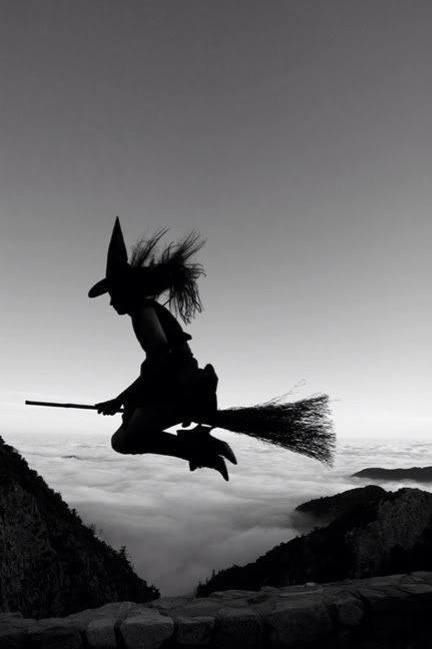 People often ask me, “How do you know you’re a witch?” Most often, the question beneath the question is, “Am I a witch? Am I magic?” Often, they ask a little nervously because of the shadow that shames the word.

We owe that shadow to the Patriarchy — the masculine societal rule that has pervaded the planet for over five thousand years. This is important — not male, not gender, but a perversion of masculine energy which brutalized, raped, suppressed the feminine.

The witchhunts of Salem and Europe whipped up a hysterical mob mentality against women, against the feminine.

It rounded up and killed the wise women, the natural healers, any women with land they wanted or those outside of the societal status quo, who refused to conform to Christian and Patriarchal rule.

Basically, in fear of the power of the feminine, women, the earth, and its creatures, were slaughtered under false and hysterical pretenses.

It is crucial we reclaim ourselves and the beauty, power, heritage of the word Witch. A witch’s purpose is the very earth we need to save.

Witches love the earth, and worship nature. I repeat, Nature, not Satan. The latter is a myth — including that we are wart-on-nose Halloween-mask-scary ugly — that we owe to Patriarchal Hollywood movies.

Truth is, witches are as beautiful as nature herself and do no harm. They live by the rule of three, a karmic understanding that everything they do comes back to them threefold. The more we kill the earth, the more we kill ourselves.

For as long as we can remember, we have been taught to fear ourselves as well as nature. Witches however, relish their wild nature and align themselves with the cycles of the earth and the phases of the Moon.

For many women, to reclaim the word Witch is to reclaim one’s self and her relationship to the Great Mother.

So, because I love to de-stigmatize, and re-honor the big beautiful juicy word Witch, the answer I give, when someone asks me if they are one, isYes.

If you think you are a witch, you are a witch — meaning you are a Goddess, Priestess, Healer, Shaman, Wise Woman. Here is a round up of 13 moonlit and mystical signs you might be a witch:

“Where there is woman, there is magic.” ~ Ntozake Shange

Do you find the answers to life through the patterns of Mother Nature? Is her wisdom your wisdom? Are you, your life and body, aligned with her seasons?

For instance, are you on fire — sexually and creatively in the Summer, letting go and cutting out what does not serve in the Fall, dying to the old in the dark silence of Winter, and reborn in the Spring?

2. Wisdom. Do you find yourself bubbling from an internal cauldron of ancient natural healing wisdom?

Are people drawn to you to sit by your fire and discuss life and all its fury, pain, love and wonder? Do you end up sending them off with hope in their hearts, and perhaps a tincture, a potion, an herbal remedy (you are familiar with the properties of plants), or even a ritual or two?

In other words, when shit hits the fan, is it you they come to?

Witches, being intricately intertwined with nature, embodying the powers of the Great Mother herself, long to be as close to her natural beauty and power as possible. Many do their rituals by the water or in the woods. You have most likely always felt at home in nature.

4. Storms. Are you not afraid of storms? In fact do you revel in the power of Mother Nature at her most visceral? And do you sometimes wonder if you yourself — your passion and energy — caused the storm?

5. Animal Nature. Are animals naturally attracted to you, and do you love them as well, so much that you cry empathetically with the creatures of this planet? Do you naturally know their totems, and find wisdom and insight in their visits/appearances in your life?

Do lost dogs follow you home, do birds fly into your windows, do horses rush towards you in the fields and place their long necks on your shoulders? Do you find you can speak to them? Heal them?

Witches and animals are so aligned with nature that they speak a similar energetic language and recognize each other.

6. The Moon. Are you drawn, pulled, and moved by the moon’s energy? Have you gazed at her, spoken to her, been flooded by her light since you were a little girl? Are you aligned with her phases?

For instance, do you start new projects and relationships when she waxes (grows full), do things peak and culminate — and tend to go a little crazy — around you while she is full, and are you drawn to let things go, or end relationships and patterns, as she wanes?

On the New Moon, in the darkest of nights, do you sit with the mystery, the emptiness and unknown, the potential and possibility of the dark? Do you dream up new plans in the dark of the new moon?

If you answered No, then the above are just a few ways you can attune with the moon’s phases.

7. Powerful. Do you have more than a sneaking suspicion that your wishes come true — good or bad, and are you perhaps a little cautious and in awe of your own power? Have you been called an old soul on the reg?

Witches are as old as time; your eyes — the windows to your soul — hold ancient stories and secrets, myths and mysteries, answers and possibilities.

You were probably speaking ancient truths and wisdom even — or especially — before you forgot your magic, as a little child.

8. Healing. Are you drawn to the healing arts? Do you tend to seek natural or energetic remedies for yourself, and do you offer them to others? Have you ever laid a hand on someone’s bad back, which was fixed the next day? People might also heal just by being around you.

Witches, being so attuned to the earth, are natural healers.

9. Past Life Memories. Do you have painful past life memories or images of being cast out, burned, or drowned — just for being wild, wise, and free you?

Most importantly, are you scarred from for being different, not conforming, for loving who you wanted to love, for speaking the truth/saying what you were called to say — in an old lifetime? This is karma you are awake to heal. It is time to not be afraid, and to be your you-est you.

This is how you will heal your karma, by being unafraid to live your fullest expression. It is your time.

10. Outsider-ness. Have you always felt a little bit of an outsider — nose pressed against the glass of life on earth, while knowing you were actually aninsider of a magical tribe, with insider wisdom?

While you never fit in the norm, you knew there was something sacred, secret, special about you — a magic just a few other magical people could see.

You do not run with big crowds; you are a bit more of a sensitive but powerful lone wolf; you need a lot of time to think, dream, recharge, and commune with Source — Nature/The Universe/The Goddess.

11. Mystical Crystals/Accoutrements. You are drawn to beautiful rocks — pieces of earth energy — and you have kept stones like clear quartz, turquoise, rose quartz around you for as long as you can remember, even if you did not know their properties at the time.

They were either given to you, or you picked them up along the way and collected at least a few.

Witches know the properties of the earth’s stones and charge them with — among other things — healing, love, abundance and protective benefits, and are often wearing their special stones in jewelry.

You also love to keep candles around and lit — because candles are invitations to spirits and angels, and create a more magical, divine vibe. And you probably like a good, energy-clearing sage or incense.

12. Magic. Did you believe in magic as a child, see magic in the air and in life? Were you drawn to magical things, creatures, fables, stories, even as you grew older, despite everyone telling you “There Was No Such Thing?”

And despite the rest of the world not believing, did you save some room in your heart for tales of magic, love, and the mystical and mysterious — anyway?

Were you drawn to movies and books about witches, magic, the spooky, the mystical, the unknowable? Have you always thought there was no such thing as a coincidence, that we were not really alone, and this was not all there was?

13. More Magic and Divinations. Speaking of signs and symbols — you get premonitions, as if you have an internal crystal ball.

When you are talking about what you think will happen, people tend to perk up and listen. Sometimes you see or feel outcomes — flash forwards — so far ahead that you find it frustrating when others have not caught up with you! You have dreams and visions, of past lives and the future.

And you can read other people and their energy and intentions fairly well. You have Sixth Sense. It is also a reason why you are drawn to Tarot, Runes, or other mist-parting divinations.

I hope this has helped. These are just 13 signs — you might recognize a few, or a whole lot of these witchy ways. A witch’s message is one of self-love, earth-love, and about the importance of aligning with the phases of the earth and moon. Pretty simple, really.

But at one point, if you were too close with the earth, if you were too wise, too powerful — too much, and definitely too feminine — you were cast out or slain for your largeness and wildness. It need not be so any longer.

It is time to heal your past karmas, own your power, wisdom and beauty, and rise, dear ones — the earth needs you, and we, of course, need the earth.

Sarah Durham Wilson writes under the pen name DOITGIRL, writings which began after her Divine Feminine awakening three years ago. She was once a rock ‘n’ roll journalist in New York and LA, now she’s a spiritual writer living on Martha’s Vineyard with her rescue dog Gracie. You can find her on Facebook and her forthcoming blog.

Horoscopes: October 22nd Thru The 29th

Message From Archangel Ariel: No One Gets Lost!

Believe That You Can - Teachings of the Masters

Council of Overseers: Your Divine DNA Frequency And Your Heart