Is Humankind A Virus? 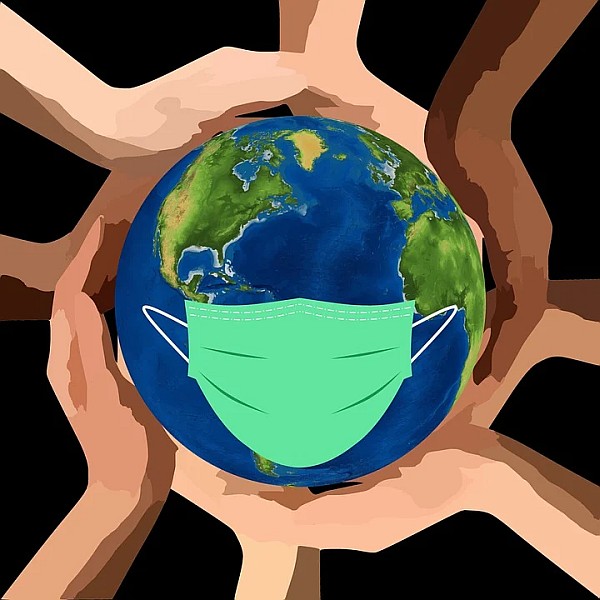 Often we hear phrases such as: Human beings are nothing but a virus, a plague, a cancer. Often such a phrases or similar ones are used to blame humankind for all external things without stopping to think for a minute on what it’s being said.  It seems easier to blame humankind; for that is what its being done when using such generalist phrases; than it is to take a minute to analyze who is saying it, why and with what bases.

These type of statements were made even more popular by science fiction movies in which human beings are seen as the thing to be exterminated or at the very least have its numbers cut down drastically as to be able to better manage them; such fanatic visions are often the result of very ignorant minds who would rather blame all of humankind than to take the time to look at things more closely and deal with the root of the problem–IGNORANCE– On the one hand people are kept ignorant to make them more manageable, on the other hand they are blamed for every misfortune on earth; as a result a malfunctional duality has been created.

People don’t often recognize such duality and so they use the analogies without  second thought. Others recognize it, however they rather not upset their realities so they ignore it altogether for the sake of maintaining their status quo “Ignorance is bliss.” Others think they recognize it yet insult and blame those trying to fight such corrupt system without taking the time to actually educate themselves properly; instead they are happy to let others do the thinking for them and simply regurgitate whatever suits their beliefs or dogmas.  Lastly there are the ones who at a conscious or subconscious level understand the dysfunctionality of the manufactured duality and who are willing to seek for answers and ask the questions others are too afraid to ask.  The latter does not see humankind as viruses nor do they limit their mind to a lateral thinking, afraid to expose themselves to different views and ideas; instead they take the time to learn them; submerging themselves in them in order to properly asses what is valuable and what isn’t.

Some New Age movements or Earth movements have been deeply responsible for promoting such dislike or belittling of humankind; under a guise of an all altruistic purpose; which makes it even harder for people to identify the twisted psychology behind it and how it affects the perception we have of ourselves.  Such extreme way of handling things is not that different from those who also belittle humankind and set everything else above it because they are not ready to confront their own wounds nor are they willing to eradicate their false ego.  It is easier then to blame humankind, to belittle, to name it moronic and less than animals, plants and everything else, forgetting the person using such words is a human being.

Nietzsche warned us of the great danger of fanaticism.  After the fall of religion as the maximum compass for society, we have witness an irrational rise of fanatical belief on only that which is focused on science. Turning science into an irrational cult to be used as the new compass for everything.  Science then has become the new religion which simply means we are choosing to go from one extreme to the other without willing to be open minded enough to allow anything that may challenge or disprove ;even if “scientifically”; already preconceived ideas.  But isn’t part of the scientific method to try different hypothesis? Isn’t limiting one’s perception and insulting the opinion of others the same as religious fanaticism? So Science is to be revered but only when convenient. Last time I checked, there are many scientists with various different views who are well trained, well informed, well reputed who may have something entirely different to say than the norm yet to the dogmatic mind their opinion is an aberration.  Are we not supposed to listen, learn, test and dissect both sides of the coin in order to get to a more accurate conclusion?  How quickly then we have turn science into another obsolete dogma use only to insult, demean and belittle humankind.

Such arrogant attitudes have contributed to the following options for people.

The above choices are examples of extremism at its finest.  It is not to say that good people cannot be found in either of those 3 movements; they are all good paths when not being fanatical about it.  Any path which leads to self peace, self knowledge, self development and the harmonious coexistence of people with their surroundings is a great path to follow.  We are so unique and so distinct that it would be naïve of us to think there is only one path to enlightenment, one path to joy and fulfillment, only one way for the colossal mechanisms of life to express itself.

Life is beautiful when we choose to make it so, but when we choose to coldly observe it unfold as an spectator, life as a global phenomenon is a barbaric and grotesque act that used as a moral compass brings us closer to terrible acts. It comes down to perception and the utilizing of our power of choice to determine the course of action life will take. Human beings are the only ones who have power of choice; last time I checked a gazelle does not choose to be eaten by a lion.  Life then counts on us to make this world a “better world”, hence we cannot be  a virus.

Some environmentalists can come across as arrogant when they talk to others about how they are “saving the planet.” I am not denying their efforts, however let’s not delude ourselves for it isn’t unconditional; they are saving their lives. Nothing wrong with doing so, let’s just not get all altruistic about it, because at the end of the day unless a massive external cataclysmic event occurs, the planet will be there long after we are extinct.

Whether scientific, political, religious or environmental activism, all are good except when it leads to fanaticism and the inability to look at anything other than what supports preconceived ideas.  Such inability can lead to the spread of false or limited information in order to obtain its objective.

I am in no way negating the many ways in which human beings have caused damage to the earth by hurting its ecosystem and the lives found in it. I am not blaming nor generalizing every person, group or organization who fights to defend the planet or its animals. I am simply identifying how politically incorrect it is to demean or generalize humankind as all bad, all evil, all viruses, for we too are part of this planet. We are to take care of our home and surroundings. Rather than labeling humankind as a virus, how about empowering people, educating them at a mental and spiritual level; without dogmas or limited education? Maybe then more and more people would learn to really love themselves, to seek to think and develop for themselves and the result would be a better world for everyone altogether.  So is humankind a virus? No. Can we behave like one? Yes; the choice, the power in your hands!

I leave you with a quote which embodies the reality that no matter how much we think we have learned, there will always be more to discover. It takes a real open mind to understand there is an infinite layers of things and one can spend a whole life learning without “arriving” at the destination.  However, it is better to be open to new ideas, new possibilities, new theories and hypothesis than to succumb to ignorance.

“The more I learn, the less I realize I know” - Socrates

back to top
Working with Fear
Breatharianism: Science Examines People Who Claim Not to Eat & Here’s What They Found
CoVid-19 Update #8: By the Numbers

We have 1816 guests and no members online