To Implant Ideas of a Beneficial Nature 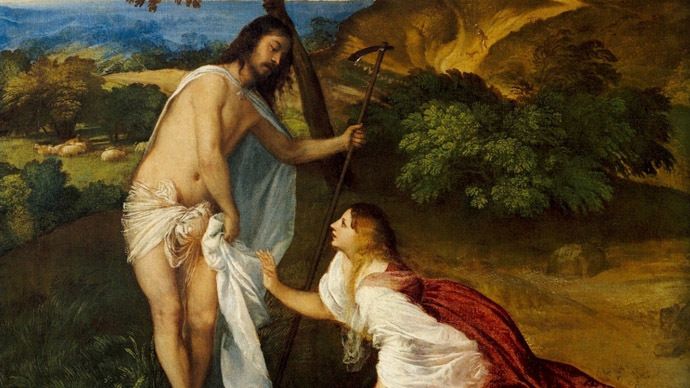 Jesus was a devoted family man with two kids and Mary Magdalene for his wife, a new history book based on an ancient manuscript claims.

According to the 1,500-year-old text, there was a previously unknown plot on Jesus’s life 13 years prior to the crucifixion. The revelations were made by Professor of Religious Studies at Toronto's York University, Barrie Wilson, and an Israeli-Canadian historical writer and filmmaker, Simcha Jacobovici.

One of the most astounding claims in the book is that Mary Magdalene was the same person as the Virgin Mary. The authors of The Lost Gospel assert that the manuscript features the names of the two children of Christ and Mary Magdalene – and even recites an assassination attempt against Mary and the children.

The book also chronicles Jesus’s connections to Emperor Tiberius and his best friend, the soldier Sejanus.

The Lost Gospel, which has been translated from Aramaic, is set to come out later this month; details of the manuscript are expected to be revealed at a press conference at the British Library on Wednesday.

Some religious scholars are not enthusiastic about the upcoming release. "We're basically looking at a sensationalist money-making scheme here," Professor of New Testament at Lancaster Theological Seminary Greg Carey told the Huffington Post.

Arguing that the text has not been "uncovered" by Jacobovici and Wilson, as they claim, the professor says "over three hundred scholarly books and articles devoted to this text" can be found online, with over twenty manuscripts of the story. The ancient novel needs no "decoding," Carey says, as it simply has no secret meaning.

One of the men behind the new to-be-announced revelation, the Emmy-winning journalist Simcha Jacobovici, has been previously criticized by some scholars for his other takes on the history of early Christianity. Jacobovici has been involved in court suits, after being accused of publicizing scientifically dubious theories, and Discovery Channel once listed his documentary among the top 10 scientific hoaxes of all time.

Claims that Jesus was married have been published before. One of the latest cases was the 2012 discovery of an Egyptian papyrus fragment, which some scholars believed to be the first explicit reference to Jesus being married.

Although many claimed it was a forgery, according to the results of a carbon dating test released earlier this year, the so-called “Gospel of Jesus’s Wife” could have originated as far back as the 8th century AD, shattering allegations that the fragment of paper had been produced more recently by fraudsters.

back to top
Are You One Of The 1% Of The Population That Will SHATTER The Global Elite?
Channeled Information vs. Historical Records
The Strength In Vulnerability: The Freedom Beyond Fear