Coalition of 2,000 individuals and 400 institutions are shifting assets from coal, oil and gas companies to tackle climate change

Leonardo DiCaprio and over 2,000 individuals and 400 institutions are now committed to pulling their money from fossil fuel companies, together representing a remarkable $2.6tn of investments, it was revealed on Tuesday.

A new analysis shows the value of the funds committed to selling off their investments in coal, oil and gas companies has rocketed in the last year, rising 50-fold. Major pension funds and insurance companies have joined the universities and churches that founded the divestment movement, all of whom fear the impact of climate change on both the world and the value of their investment portfolios.

Among the biggest divesters are the world’s biggest sovereign wealth fund, held by Norway, and two of the world’s biggest pension funds, in California. The campaign, now active in 43 countries, was backed on Tuesday by the UN’s climate chief, who will lead negotiations for a global climate deal at a crunch summit in Paris in December.

Christiana Figueres called for the shift of investment from fossil fuels to meet the $1tn-a-year need for clean investment and to create momentum ahead of Paris. “Investing at scale in clean, efficient power offers one of the clearest, no regret choices ever presented to human progress,” she said at the launch of the report in New York.

DiCaprio, who on Tuesday revealed the divestment of his personal wealth and his charitable foundation’s funds, said: “Climate change is severely impacting the health of our planet and all of its inhabitants, and we must transition to a clean energy economy that does not rely on fossil fuels. Now is the time to divest and invest to let our world leaders know that we, as individuals and institutions, are taking action to address climate change, and we expect them to do their part in Paris.”

Bill McKibben, of the 350.org climate campaign that started the divestment movement, said: “In the hottest year we’ve ever measured on our planet, big institutions and organisations are finally stepping up to say: we won’t participate in this charade, and we will stand up to the fossil fuel companies that are causing it. A 50-fold increase is a sign that civil society is finally fully on the move in the battle against climate change.”

Connie Hedegaard, former EU commissioner for climate action, said that divestment from fossil fuels not only helped tackle climate change but was also “sound economics”. She said the KR Foundation which she now chairs would divest it own funds, to “put our money where our mouth is”.

Scientists agree that most existing coal, oil and gas reserves must remain in the ground if global warming is to be kept below the internationally-agreed danger limit of 2C. This means that, if action on climate change is successful, the vast majority of fossil fuels will be unburnable and the companies owning those reserves could crash in value. Many coal companies have already seen their share prices crash as limits on carbon emissions get stricter.

The World Bank, along with analysts at Citigroup, HSBC, Mercer and the Carbon Tracker Initiative, have all warned of the financial risk climate action poses to fossil fuel investments. The Bank of England and G20 are examining the risk this poses to the global economy.

The new report, by Arabella Advisors, shows that the number of institutions committed to fossil fuel divestment has soared from 181 in September 2014 to 436 today. These institutions, which include local government, health and education bodies, represent more than 646 million individuals around the world.

Pension funds and private companies now represent 95% of the assets committed to divestment, but university commitments have also risen rapidly, tripling in the last year, with notable announcements coming from the universities of California, Oxford and Syracuse.

The Guardian, whose parent group has committed to divest its £800m fund, launched a campaign in March calling on the world’s biggest medical charities – the Bill and Melinda Gates’ Foundation and the Wellcome Trust – to divest from fossil fuels. It is estimated that the Wellcome Trust has lost £175m on its fossil fuel investments in the last year. 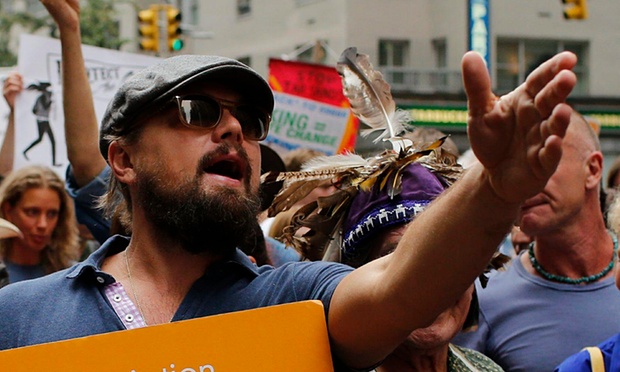 We have 1227 guests and no members online