Waking Up The Goddess: Where Men Meet Women

Talking to Children about Santa 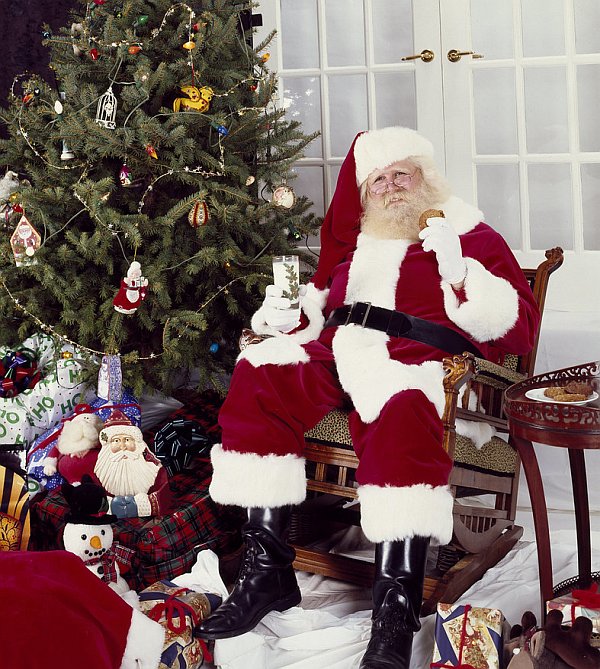 My son was rather young when I took the decision to debunk Santa. I was never comfortable with it – for the first few years of his life he had no idea what was going on, but once he was talking, the idea of lying to him became deeply uncomfortable. I did not want to tell him a strange guy had come into his room at night and to be ok with that. I remember how uneasy I felt about that as a child. As a Pagan parent, I did not want to tell him about ‘magic’ I don’t believe in.

What swung it in the end was that his Primary school were collecting toys and gifts for poor children in the area. I could tell this made him uncomfortable, so I asked about it. Of course he’d figured out there was something really wrong with the magical Christmas guy giving extravagant gifts to the children of wealthy adults, while poor kids went without. I sat him down and explained – and he was much happier. I asked him not to let on, and as far as I know, he never did. Not even to adults who asked him what Santa was bringing.

I doubt he’s alone in having questioned this. Why do starving children not get a magical food delivery at Christmas? Why only at Christmas? Where is the magic guy in the sleigh while children are dying in war zones and suffering through other disasters? Why is the magic guy dishing out so much planet-harming plastic and wasting so much paper when the planet is in crisis? For a child to be happy with Santa, they have to ignore the plight of much of the world. Which of course makes it a good entry point into capitalist society. Play along, don’t ask questions, don’t ask about your privilege and you can have lots of presents.

Many of our kids are inherently better than that. Many of them don’t want to believe in a corrupt system rewarding those who have most and ignoring those in genuine need. Many of them care deeply about the future of life on this planet. They may be happier if they know the truth.

This is a story whose roots are indeed magical and generous, but the tale has been co-opted for commercial purposes. It’s not magic any more, it’s capitalism and consumption in peak flow.

How To Tell If You Had A Past Life In Atlantis
Men And Emotions: The Legacy Of Patriarchy
20 Good Reasons to Have Clear Personal Boundaries