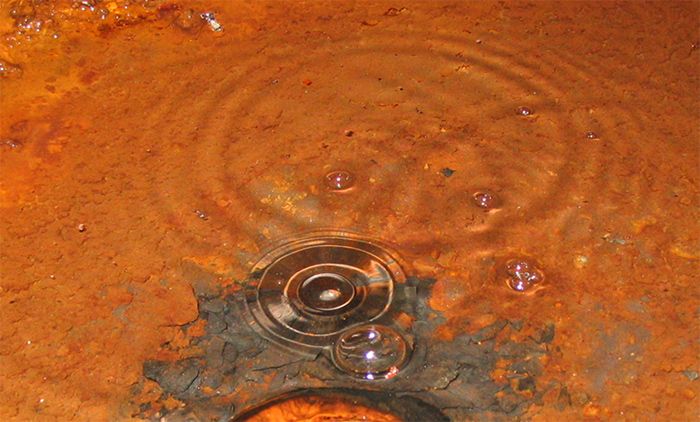 Science relies on signs of water to tell a story of how a celestial body or its region came to be. Now it appears our own solar system holds water older than itself, which could have dramatic consequences for our search for alien life.

To explain this new theory, a previously long-held conception of star formation needs to be examined.

Each star is forged from materials found in its own interstellar molecular cloud.

It also surrounds it with a protoplanetary disk, or a solar nebula – a belt from which its planets are born. Previous research was uncertain whether the ice in this disk comes from open space or is formed in a chemical reaction by the star’s own processes after the previous building blocks of water are evaporated.

That uncertainty is now gone and we can say that our own life is not the result of activity created within the protoplanetary disk at all.

Because water is a definitive marker of life, and because we rely on signs of it to direct our search for new habitable planets, being aware of the conditions required for its survival is a huge leap forward.

"Why this is important? If water in the early solar system was primarily inherited as ice from interstellar space, then it is likely that similar ices, along with the prebiotic organic matter that they contain, are abundant in most or all protoplanetary disks around forming stars," Carnegie's Conel Alexander, one of the leaders on the study, says.

"But if the early solar system's water was largely the result of local chemical processing during the sun's birth, then it is possible that the abundance of water varies considerably in forming planetary systems, which would obviously have implications for the potential for the emergence of life elsewhere."

In the study, led by L. Ilsedore Cleeves from the University of Michigan and published in the journal Science, the team found that 30 to 50 percent of water on Earth alone is older than the sun.

To arrive at this conclusion it focused on hydrogen, more precisely its modified form – deuterium, which forms a compound that scientists call ‘heavy water’. When measuring the ration of deuterium to hydrogen, scientists can estimate how much of that special water exists on a space body, and how it came to be there.

"The question was whether that violent, hot process of star creation scrambled the chemicals and broke the molecules of this pre-solar gas's heavy water," Cleeves says. "But if it did, then water would have been formed locally in this protoplanetary disk."

"The punchline here is that we simulated heavy water formation as it would have occurred in the disk, and it was almost negligible," she explains.

This means that a large quantity of ‘heavy water’ must have come not from the sun’s own processes, but was carried by the gas cloud from far away.

If this is true, we now know much more about this most important of building blocks for life. We know it can survive interstellar travel and is available as a material from before planet formation even starts.

One of the things humans have long considered special about our own solar system, and Earth, is that water was a special thing which made life in our neighborhood unique. However, knowing that the water actually arrived from some other distant region, we can make the proper corrections to our search for the origin of life on Earth, looking for the origin of one particular molecule.

We have 1010 guests and no members online