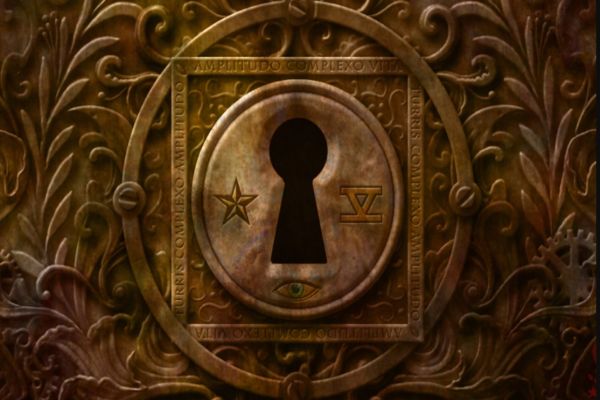 The Cancer full moon on January 17, 2022, is opposite Pluto. So the spiritual meaning of the full moon January 2022 astrology relates to understanding your emotional compulsions and deeply buried feelings.

The January 2022 full moon brings the potential for jealousy, guilt-tripping, intimidation, and other forms of emotional control and manipulation. Higher self-awareness is the key to avoiding inner turmoil and relationships drama.

The January 17 full moon at 27°50′ Cancer is a challenging moon phase because of the opposition to Pluto. There is also a fixed star at 26°05′ Cancer that gives a tendency toward anger and violence. 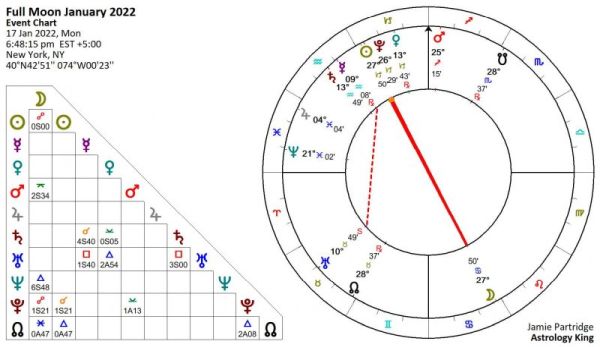 Full Moon opposite Pluto intensifies your emotions which can lead to extreme reactions and behaviors that are difficult to control. Dramatic mood swings, fear, jealousy, obsessions, compulsions, and exposed secrets can result in inner turmoil and relationship drama.

You could be vulnerable to being emotionally manipulated and controlled. Someone close could try to take advantage of you by tugging on your emotions and making you feel guilty or fearful. In extreme cases, threats, intimidations, and psychological or physical abuse are possible.

So protect yourself but also avoid trying to use coercive or sinister tactics to manipulate others. Trying to control others will only end in guilt and shame. The best option is to share your powerful, complex and secret feelings with someone. If you don’t feel comfortable talking to family or friends about your dark secrets and feelings then see a therapist or psychologist. 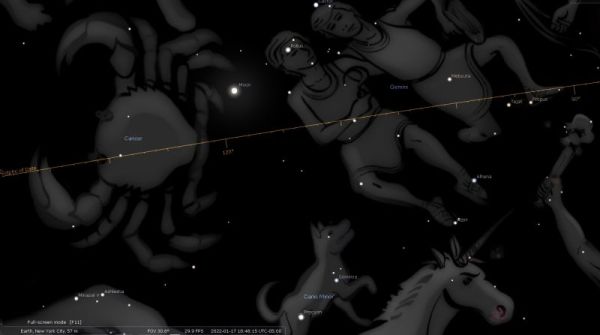 Procyon has a Mars-Mercury nature, and therefore makes people hasty, jealous, pig-headed; but it also confers willpower and the ability to put thoughts and plans into action. According to tradition, there is also a tendency to have a hot temper and impudence.

Rise and success are found with it, but a later fall from the high position is indicated. Enterprises created in haste, therefore, do not last. People who “want to go through the wall with their head” only cause injury to themselves. Procyon gives drive and a good sharp mind. Linked with positive stellar bodies, success is made greater, but the native, in order to avoid a fiasco, has always to take care not to be imprudent. [3]

The January 17 full moon exposes your deepest emotions and darkest secrets because it is opposite Pluto. Compulsive behavior, extreme emotional reactions, and a tendency to manipulate and control could result in relationships drama if you don’t share your intense and complex feelings with someone. The fixed star Procyon can cause rashness, carelessness, anger, jealousy, and violence.

Conscious awareness of these unpleasant influences is needed to avoid emotional manipulation and the potential for arguments and abuse over the next two weeks of this moon phase. Thankfully, the January 2 new moon was trine Uranus. It continues to provide the higher self-awareness and intuition you can use to understand your powerful and intense feelings and reactions.

If the full moon January 2022 astrology directly impacts your horoscope decan you can read about it in your monthly horoscope. For more detail about how it affects your natal chart see full moon transits.