Full Moon Balancing Process
A+ A A- 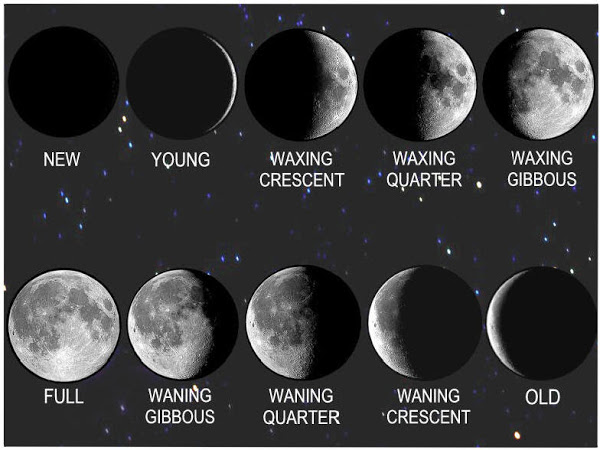 We all know the Full Moon each month is special, where people seem more alive, more emotional, or more generally rowdy than other times of the month, with more parties and festivities as well. It does seem to be a time when our feelings are more aroused in many ways, and so we become more emotionally and mentally alert for signals that let our subconscious mind know we’re on to something. But what are they really?

I last gave this to you a year ago, and it seemed like a good time to take a new look at the material, since we continually go through New Moons followed by Full Moons our entire life. So why are they important?

A Full Moon brings to fulfillment what the seed form in the preceding New Moon promised. It is as though the New Moon shows us the beginning of the planting of the seed, full of darkness, potentiality and promise, while the subsequent Full Moon brings that seed to the surface, showing us an awareness of what is manifest, and what is to come.

Each New Moon chart shows harmonious and disharmonious, specializing and conflicted relationships between the planets. It is impossible that any given moment should be entirely free of conflict, as that is not the nature of life on this Earth at this time in history. The trick is to know how to turn the afflictions to best result, while using the harmonious aspects to further what good is already underway.

The Full Moon brings that seed, that promise, to the surface in a fulfilled form, during the two weeks after that Full Moon. Each Full Moon represents an archetype of some sort, different for every lunation since successive Full Moons fall in a different sign each month, except for those rare Blue Moons, the third Full Moon in a season of four Full Moons, which occur very infrequently.

As I offer in monthly articles, at a Full Moon, that which has opened since the previous New Moon surfaces in a public form, and heads toward the culmination and fruition symbolized by the second half of any cycle. First half, birth into form and field. Second half, culmination and completion of the purpose of that cycle.

It’s why I regard New and Full Moon charts as “God’s Footprints in Time,” since one follows the other in an unending sequence of births of newer and newer seeds. The New Moons show us the seeds that will flourish under the reflected light of the Full Moon.

Each Full Moon is one of an unending sequence of lunations, as New and Full Moons are termed. Though it has power and meaning in its own right, it still must be considered in light of the seed that is planted about two weeks before every Full Moon at the preceding New Moon.

As with New Moons, the aspects each of the lights and planets make at the Full Moon must be considered relative to all the other planets, as well as the planets in the individual chart. Each succession of lunations falls in succeeding houses in the birth chart (unless there is a wide skew in house size due to being born at high northern or southern latitudes), and by what houses they fall in we may know what is accented in our individual lives in the period following the lunation.

That’s why in the first article on every Full Moon, I remind you to check the New Moon themes I write about 2 weeks before each Full Moon, so that you may understand the connections between the promise of the New Moon and the fulfillment of that promise shown by the Full Moon. So the recent New Moon of August 30 began a process which will come to surface at the coming Harvest Full Moon of September 13-14.

Still, even when we have 2 successive New or Full Moons in the same sign(s), it only lasts that month before resuming the sequence in another sign and house, again planting seeds of things to come that come to fulfillment in realizations that will pull us into our future like a magnetic beam always drawing us onward to our destiny.

Month by month, year by year, the eternal lunations show us the bigger beat we dance to, pulling us onward through the Divine Leela, the play of Spirit in this material world. And sometimes the music is defined as much by the spaces in between notes as what notes are played and when.

The signs and patterns of the New Moon are the score of the symphony for that month. However, as that score begins to be played out in life, we find we may need to adapt what we play and how we play it to the immediate circumstance we are in. So we play the score to the Full Moon, and then see clearly what works, what doesn’t, and what is needed to bring the symphony to completion despite the similarities and differences we’ve encountered during the play.

By studying the sequence of where New Moons fall in our birth charts, we can see the primary themes of our year unfold in natural order. By looking at where Full Moons fall in our charts, we can see where we found various types of realizations with each passing month. As Eclipses are New and Full Moon, and take things away, by studying where they fall across time, we see where we have been leaving old ways and things behind, creating voids that were filled after those celestial events.

Another thing to explore are the aspects made to natal planets by each sequential New and Full Moon, apart from the other aspects being made during those times. In 2019, so far we had New Moons at 16 Capricorn, 16 Aquarius, 16 Pisces, 16 Aries, 15 Taurus, 13 Gemini, 11 Cancer, 9 Leo, and 7 Virgo. You can see how any planets we may have in the first 16 degrees of a sign would be impacted by a series of aspects made across the months.

For example, my Saturn is 29 Virgo. In the above sequence, the New Moons made a tredecile, sesquisquare, opposition, Pentelftile, sesquisquare, tredecile, quintile, and septile to my Saturn. My Venus is 14 Taurus. This sequence of New Moons made a trine, square, sextile, semisextile, conjunction, semisextile, sextile, square, and trine to my Venus. You can do this for any planet in your chart. Each New Moon will impact each planet differently, just as will each Full Moon.

So have fun taking a new look at the score for the symphony of your life as it is played out in successive keys shown by the changing signs. You may find you have more ability to play the score than you thought, once you see where it’s been and where it’s going!

We have 808 guests and no members online