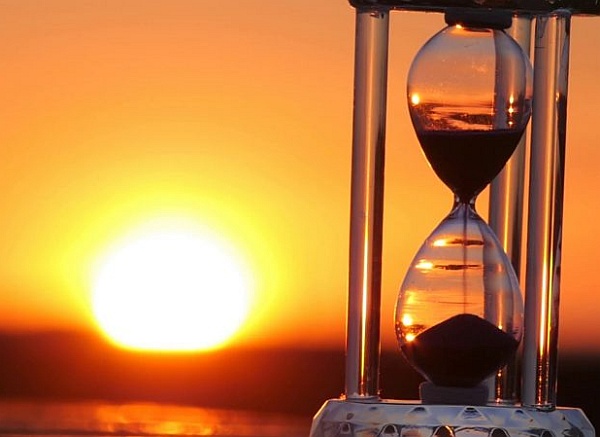 The New Moon on Wednesday, July 31, 2019, at 8 degrees Leo highlights the challenging planetary aspect of Venus square Uranus. This brings stress, anxiety and the potential for unexpected changes to your love life and finances.

The July 2019 new moon also joins two stars called the Ascelli, in Constellation Cancer the Crab. Their aggressive and impatience influence stresses the importance of being patient and cooperative during this challenging moon phase.

The July 31 new moon at 08°36′ Leo Sign is close to Venus as shown in the chart below. On its own, this is a very positive influence, especially for love and money. But the red square aspect to Uranus makes this a challenging influence. So the major influence on the new moon is Venus square Uranus. 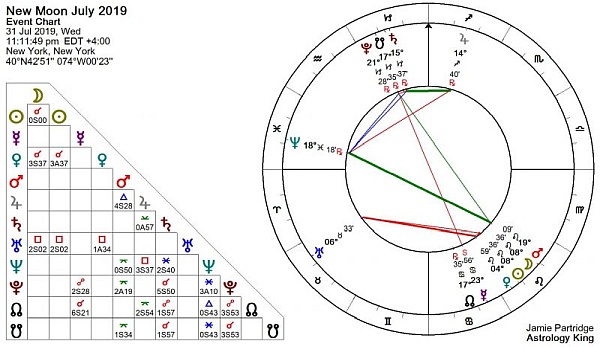 New Moon conjunct Venus shines the light on your love life, finances, and creativity. This is a good new moon for leisure activities, socializing, partying and dating. You will feel more emotional, caring and loving, but also more sensitive and easily upset.

An eye for fashion and beauty makes this a good time for shopping, decorating, and makeovers. However, Venus can give a tendency toward vanity, laziness, and overindulgence. Take care if using your credit card because of a tendency to spend based on emotional reactions rather than common sense.

The best way to handle this impulsive energy is to be proactive about positive change with open-mindedness and flexibility. A change could lead to a brave new path which opens your life to many more possibilities and opportunities.

Venus square Uranus can bring a need for freedom and excitement in your love life. This is more likely if you have been feeling smothered, confined or bored. A healthy relationship will face no major drama, especially with an open-minded partner. Experimentation in the bedroom might satisfy your need for increased stimulation.

The more demanding or conservative you partner, the more likely you are to lose your patience or lash out in anger. Such uncertainty and instability in your love could lead to sudden separations, flirting or short-lived affairs.

Singles may be attracted to exciting or eccentric people. Those who seem risky, dangerous or from a different cultural or ethnic background. A new romance is possible but any commitment would be unlikely in the short term.

Finally, Care needs to be taken when spending or investing money. You are more likely to impulse buy and spend too much on unnecessary items. An urge to make money quickly will most likely to result in sudden loss. 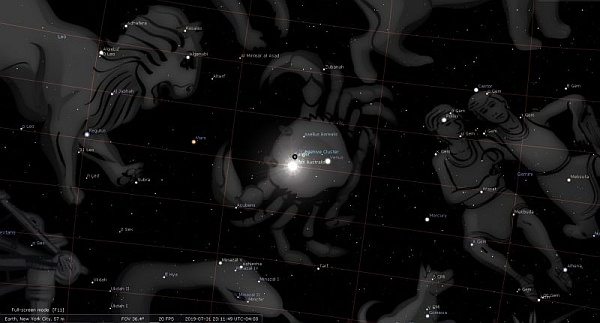 The star map above shows the July 31 New Moon in Constellation Cancer, between the fixed stars Asellus Borealis and Asellus Australis, the Northern and Southern Donkeys.

The list below shows the new moon closest to Australis, but it has already passed over Borealis which adds to its influence. Robson does give some separate influence but most astrologers treat these two stars as one, the Ascelli.

According to Robson, together, the Ascelli give care and responsibility, with a charitable and fostering nature, but the danger of violent death, serious accidents, and burns. [1]

Ebertin said they cause aggression, lack of caution, brutality, and violence. But that an extraordinary output of achievement is possible if the aggression can be sublimated. [2]

Morse says they give all the moodiness of Cancer Constellation, making people very self-willed, uncooperative, stubborn and impatient. With the Ascelli, cooperation with others is the secret of success in life. [3]

With the Sun, the Ascelli cause blows, stabs, serious accidents, shooting, shipwreck, beheading, hanging, murderer or murdered, violent fevers, the danger of fire, disgrace and imprisonment. With the Moon: Inflammatory-fever, pains in the head, blindness. [1]

The Chinese gave this group of stars the name “the spirit of the ancestors” and believed they gave peculiar experiences with the realms of the dead. The same can be said for spiritual seances. [2]

The Ascelli with the Sun gives an intuitive sense which makes one ‘see the possibilities’ where others miss them. With the Moon, the Ascelli take the intuition deeper and will often reveal the poet, painter, musician unusually gifted, composer, psychic ‘medium’ or astrologer. There is also the patience necessary for all really reliable psychism. [3]

The July 31 new moon conjunct Venus brings your love life and finances into focus for the next four weeks. The new moon square Uranus brings uncertainty, tension and the potential for unexpected changes.

Although the new moon is n the Sign of Leo it is in the Constellation of Cancer. In particular, the two Ascelli of the Crabs moodiness but also much needed care and responsibility.

The combination of the aspects and stars give a tendency toward impulsive reactions, rebellion, and aggression. Patience and cooperation are necessary to avoid relationship instability and financial stress. If you start to feel stressed and anxious, slow down, meditate and listen carefully to your intuition.

The effects of the July 31 new moon lasts four weeks up to the August 30 new moon. The best time for making a fresh start and for beginning new projects is during the first two weeks of this new moon cycle. This waxing phase of the Moon lasts from July 31 to the August 15 Full Moon.

We have 1281 guests and no members online