Life Under A Lunar Eclipse: Nothing Is Quite As It Seems.. 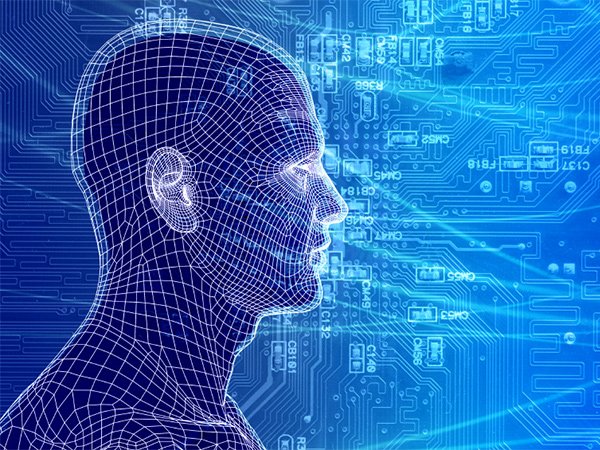 The Virgo new moon on Thursday, September 17, 2020, activates the long-running aspect of Mars square Saturn. So the New moon September 2020 astrology is very similar to that of the frustrating August 18 new moon.

The September 2020 new moon, however, makes it quicker and much easier to resolve the problems caused by the Mars square Saturn delays, restrictions, and frustration. Crisis resolution can lead to achievement, recognition, stability, and a long-desired state of harmony.

The September 17 new moon at 25°00′ Virgo makes a harmonious trine aspect to Saturn and a stressful quincunx aspect to Mars. These two aspects are linked by Mars square Saturn, indicating frustration and inhibition.

The delays and restrictions caused by Mars square Saturn are a long term issue because of Mars retrograde. It stays within a three-degree orb from August 15 to October 9.

These three aspects combine to form an aspect pattern called a dominant triangle. It represents a crisis related to problems of growth that affects all areas of life. 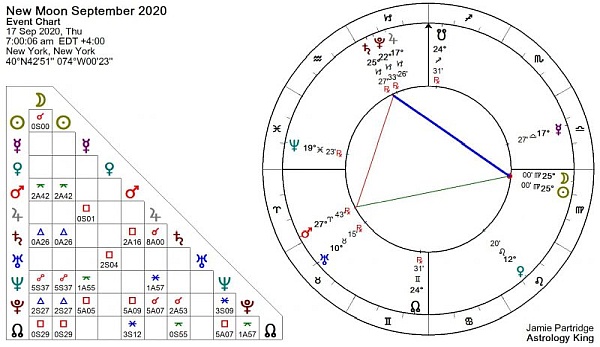 Mars square Saturn brings frustration and inhibition. Your desires and needs may grow stronger, yet you may find it harder to express your passions and succeed. The harder you pursue your goals, the more resistance you are likely to face. Authority figures may restrict your ambitions. It may be that general circumstances prevent your progress.

The best approach now is a defensive one. Instead of starting new projects or hunting down your desires, it is better to concentrate on holding onto what you already have. This is a good time to sharpen knives and strengthen your defenses. Patience and plodding hard work will get you there.

New Moon quincunx Mars creates an imbalance between your intentions and your actions, or between your goals and the actions of others. This leads to irritation and anger that can boil over into impulsive actions or temper tantrums.

The build-up of frustration and resentment caused by Mars square Saturn increases the level of irritation and increases the risk of reckless actions that could harm you and others.

Once conscious awareness of the competing energies is realized then the initial irritation caused can be channeled into fulfillment from helping other people. This is a karmic aspect that sometimes relates to past experiences in war or sex which is relieved by balancing personal desires and selfless service.

New Moon trine Saturn makes you serious, responsible, practical, and respectful. With an orb of only 0°26′, this steadying and grounding influence is much stronger than either Mars square Saturn or new moon quincunx Mars.

This means the initial crises or problems associated with Mars square Saturn will most likely be resolved in a productive and efficient way. A strong work ethic and determination to help you focus on achieving your long-term goals. The resulting state of harmony should lead to achievement, recognition, satisfaction, contentment, and higher self-esteem.

The Dominant Triangle aspect pattern is one of Bruno and Louise Huber’s learning triangles that include a red, blue, and green aspect. It is a crisis mechanism that represents growth problems that affect the whole personality, influencing all areas of life.

The red square aspect shows a regular and drastic experience of conflict due to feelings of inadequacy because of a certain problem. Mars square Saturn.

The green quincunx aspect is the next step where the problem is initially dealt with. Searching for a solution can lead to a change in self-image. New Moon quincunx Mars.

The blue trine aspect is the desired state of harmony that comes from creative problem-solving. Ego transformation results in a more dominant and influential personality. New Moon trine Saturn.

“The rotation direction is an important feature in the evaluation of the Dominant triangle. It is given by the color order red to green to blue.” [1] For the September 17 new moon, this is anticlockwise, in the same direction to the zodiac.

This is a Cognition Triangle. It means discoveries can be made rapidly because it provides the necessary insights when crises appear. The task to be learned is understood and intelligence is used to find a solution. With time, you learn how to control and accelerate the process. An active, positive attitude towards the theme makes it easier to resolve.

This is in contrast to the previous new moon on August 18. The same planets were involved to make the dominant triangle, but the rotational direction was anticlockwise.

So for the previous four weeks, many experiences were required to achieve the necessary learning and development. It was harder and took longer to adapt to a more deep-seated problem than this September new moon. The growth and transformation process was slower but more profound. 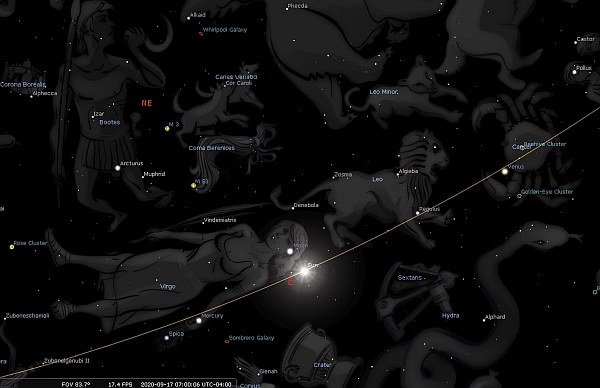 Constellation Canes Venatici the Hunting Dogs gives a love of hunting and a penetrating mind, making those born under it faithful, keen, clever, and fond of speculation. [2]

Fixed star Cor Caroli in the southern hound of the Hunting Dogs signifies great respect given for services well given. [3] It has a most beneficial reputation as regards the heads of state. [4]

Fixed star Copula (the Whirlpool Galaxy) causes blindness, defective eyesight, strong passions, hindrances, and disappointments. [2] Its reputation in astrology is not very auspicious. Copula often signifies the potential for taking public office, but there is certainly a note of misfortune if the holder tries to make a quick personal fortune from it. Nothing in Virgo permits that kind of corruption without penalty. [3]

Nu Virginis is located in the head of the Virgin. According to Ptolemy, the stars in the head of Virgo operate like Mercury and somewhat like Mars (exaggerative, argumentative, unreliable, unscrupulous, given to invective, mechanical ability, very quick mind, a great talker.) [2]

Each new moon also forms the same aspect pattern with Mars and Saturn. The dominant triangle that represents a crisis related to problems of growth that affects all areas of life. But different aspects means the problems can be resolved much quicker and more easily in the September 17 new moon.

The harmonious state of resolution of the new moon September 2020 astrology should lead to achievement, recognition, satisfaction, contentment, and higher self-esteem.

We have 2171 guests and no members online