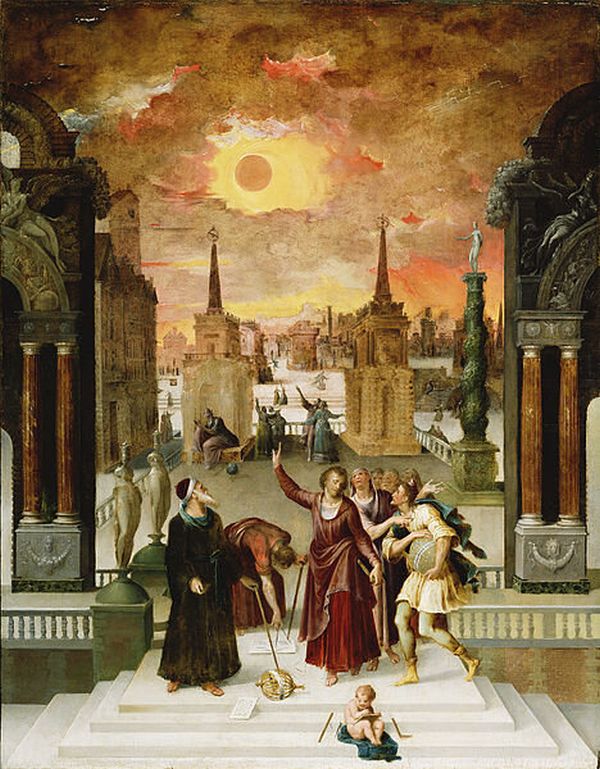 A house divided against itself cannot stand. ~ Abraham Lincoln

On November 8th we have a Total Lunar Eclipse at 15º Taurus 59’. We have been feeling the approach of this powerful eclipse for weeks, months and even years.

Full Moon Lunar Eclipses are the culmination of choices, decisions, and events that have gradually brought us to some sort of turning point. We are now standing at a threshold between the old and the new, the past and the future. And once we cross that threshold there is no turning back.

This is a total eclipse, meaning that the Full Moon will turn a deep red color at the height of the eclipse, giving its appearance of a Blood Red Moon. The Eclipse will be seen in its entirety in most of the Pacific Ocean, the Arctic, the far North Eastern parts of Asia, Siberia, and the Northern and Western parts of North America. But you should be able to see at least part of the eclipse in all or most of Asia, Australia, North America and the western most part of South America. Weather permitting, it should be impressive.

What makes this Eclipse so different, and riddled with a bit of trepidation, is that, not only is it a Total Eclipse, and therefore stronger, but it is also closely conjunct the planet Uranus, and square Saturn. In other words, the already unpredictable Eclipse season is made all the more unpredictable and volatile by the current conjunction to Uranus. The Saturn/Uranus square which was exact in 2021, has come almost exact once again this season, adding extra tension and conflict. We have seen this aspect sowing divisiveness throughout the world, while spawning all sorts of extreme views. Now further catalyzed by the Lunar Eclipse, conflicts that have been simmering beneath the fold are that much more difficult to contain.

Interesting note: Where Saturn represents mass and stability, Uranus represents energy, change and transformation. This was inferred in Einstein’s famous equation E=mc2, and is central to understanding how nuclear fission/fusion works.

The Saturn/Uranus square is a conflict between two very different elements: the stability, security,  reliability and control of Saturn vs. the instability, unpredictability, change and reactivity of Uranus. We witness this transit in society with extremes in ideology that can feel very much like a huge divide between us and them, or extreme views in ideology. This was what Lincoln was warning about when he gave his ‘house divided against itself’ speech in 1858. And this is a similar atmosphere in which we now find ourselves with the Lunar Eclipse falling on the same day as the mid-term elections here in the United States.

In our own lives the Saturn/Uranus presents itself through conflicts, sudden irrevocable changes that requires us to switch gears and accommodate to a new normal. This is where we ask ourselves: Should I stay or should I go? Should I stay with what I know and are familiar with? Or should I take a risk and go in a new direction?

Lunar Eclipses are already representative of a polarity between two opposing signs where one sign is draining us and limiting our capacity for growth, and the other sign represents what we need to cultivate in order to evolve and grow. Where the South Node of the Eclipse lies is what is needing to be released, and the North Node represents the remedy for what ails us collectively. This week’s Lunar Eclipse is conjunct the North Node and Uranus in Taurus, square Saturn, and opposing the South Node, Sun, Mercury and Venus in Scorpio.

The South Node being in Scorpio at its extreme can describe scenarios that involve the abuse of power: including things like war, violence and cruelty; and taking the power and resources away from others in order to benefit those who are already wealthy and powerful.

By contrast Taurus is a sign of peace that recognizes the value and necessity of the simple but necessary things that sustain life and happiness. It is the sign of the good provider, who strives to make sure that everyone’s needs are taken care of, and where no one is left hungry or without shelter.

With Venus, the ruler of the North Node in Taurus, in the opposite sign of Scorpio, the sign of the South Node, the remedy could be found among those who are already holding power. It’s what they do with that power and wealth that matters.

For everyone, Venus in the sign of the South Node is about having the courage to let go of that which is holding us back in the past, and preventing us from realizing our own potential. We may think that this is something we cannot change, but we must, because we have to. In order to realize that potential we are required to dig down into our own psyches, where all our fears and demons dwell. It requires incredible strength and humility to delve into the dark labyrinthine corridors of Scorpio. It is tricky business. But it can also be incredibly revealing. Once we are able to divest ourselves of all of the false notions that we use like duck tape to hold the pieces of ourselves together, we can then see the value of who we really are, and what our true potential could be.

The North Node in Taurus is trying to remind us that it is the small and simple things that we often take for granted that make all the difference. We are being asked to more deeply appreciate those things that are life-giving and life-sustaining. These include things like having enough food to eat, having adequate shelter, and sustainable resources. Not to mention the emotional, physical and financial support we get through the healthy connections we make with each other.

The Taurus/Scorpio axis speaks to the divine reciprocity between giving and receiving. It is successful when we achieve a balance between our own needs and the needs of others.

This is a powerful North Node Lunar Eclipse. And what is revealed within the aegis of the Eclipse period can change the paradigm and tip the scales in one direction or the other. Note that a Total Lunar Eclipse such as this has been building up for some time. And the ramifications and consequences of what is being revealed over the ensuing weeks can be felt for months and perhaps even years to come. This sort of Eclipse can represent an important turning point in society. It can be an opportunity to restore the balance, or it can spiral us down into a quagmire from which it will be even more difficult to escape. However once we regain our senses, when all is said and done, we may be quite surprised at where we find ourselves. Hang on to your hats everyone, the Lunar Eclipse has arrived.

To see where and how the Lunar Eclipse can impact your sign or natal house, click below: