Motivation! Get it going...

How to Let Go of Resistance to Change

How to Let Go of Resistance to Change 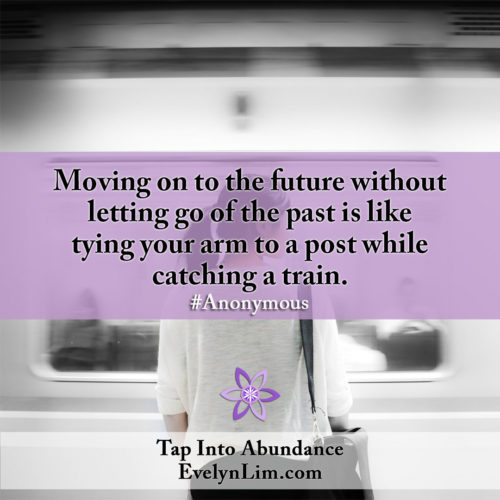 Learning to let go of resistance to change is incredibly important if we are hoping to grow, evolve or improve ourselves. A resistance to change can happen when we are caught in the habit of doing things in a certain way. We become rigid even when the landscape has changed. We lose flexibility. We ask ourselves: why rock the boat when the old ways have worked?

This message became clear to me early last year. A new train station had opened near my home. It now takes 4 minutes for me to walk out of my front door to the train stop. With the newly opened tracks, I have more options in routes to many destinations.

Anyone would have excited about the improved convenience. Except that it took weeks for me to process my increased options. I continued taking old routes and ways to reach where I wanted to go.

Until one day, while at a bus stop, I found myself thinking about how much time I was wasting waiting for a bus that was taking a long time to show up. This was also when I had an “aha” moment (where dark clouds start to part and light finally came in)!

I realized that I had been on auto-pilot. At least, my physical body was. It had been already conditioned by my mind to take a certain route. My mind was blocking out the new information that more paths had opened up. These new paths could potentially save me time in getting from point A to point B.

With that realization, I immediately explored new options. My traveling time reduced even more with these. On reflection, it has been a great decision that I made to first let go of my 10-year old car two years ago and switching to the greener option of taking public transport. I have been walking a lot more, instead of just sitting in my car and with little time difference taken to get to a place. Also, one great side benefit I have been unexpectedly enjoying is free car ride offers by friends on some days. I feel blessed – thanks guys, you know who you are.

In the case I have just described, the situation was nothing major. But what if our resistance to change has a far more serious impact? We can potentially prevent ourselves from being the best that we can be.

Where resistance is huge, it can feel as if a shift will take enormous energy. We may even go into anxiety when we think about having to make a change. Examples of anxiety symptoms include sweating, stomach churning, tension headaches or even becoming paralyzed (such as, encountering the freeze response).

And so, our minds shut down. We leave clear thinking out. Our physical body becomes conditioned to do things in a repetitive manner.

Ask yourself if there is a secondary gain that you are holding on to.

Secondary Gain to Keeping Our Resistance to Change Alive

A secondary gain is a benefit that you derive for not overcoming the problem. For example, we may not be motivated to exercise (despite saying that we would) because we so enjoy bingeing on potato chips while watching TV. More examples of secondary gain here.

How to Let Go Of Resistance to Change

Let Go of All That No Longer Serves You

I would like to continue to cover the topic of letting go. Learning to let go of resistance to change is just a start. When we release by letting go of the old, we clear the space for new miracles to happen. It is a great way to start 2017, as I had mentioned in my last post that this is the powerful year of the One.

I invite you to join me on another Tap to Transform Telecast on January 18 at 8pm (PST)/January 19, 2017 at 12 noon (Singapore). In my next session, I hope to cover letting go of the past so that we can live more fully in the present. I am not expecting it to last for more than 7 minutes. Yes, tapping can be rather fast! I look forward to seeing you. Please share it with your friends on social media too – thank you.

+ - Credit Click to collapse
by EVELYN on January 17, 2017
First, let me introduce myself. My vision is to turn dreams into reality through self awareness, inspiring others to do the same. The various roles I play in the school of life include being a life coach, mother, wife, ex-Banker, Singaporean, and an internet entrepreneur. In terms of qualifications, I am also a Certified Emotional Freedom Technique Practitioner, an Intuitive Consultant, and Vision Board Counselor. On this blog, I share about the various personal insights I have gained, my successes and challenges. I have since published books and programs such as Abundance Alchemy: Journey of Gold,Self-Love Secrets and Life Vision Mastery.
Source Here
CrystalWind.ca is free to access and use.
Please support us with a small gift of $11.11 or $22.22 or $33.33.