Who Are the Hathors? 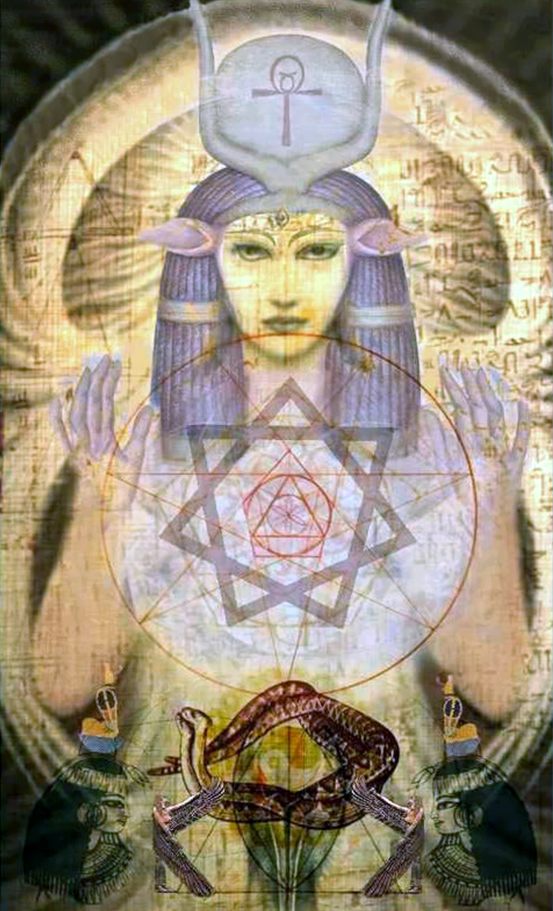 The Hathors say that they are a group of interdimensional, intergalactic beings who were connected ancient Egypt through the Temples of the Goddess Hathor, as well as several other pre-history cultures. In the late 1980’s, I was “contacted” by them during meditation, and they began to instruct me in the vibratory nature of the cosmos, the use of sacred geometry as a means to stimulate brain performance, and in the use of sound to activate psycho-spiritual experiences.

While I was intrigued with the information, I was, at the time, uncomfortable with their self-described origins. I was, after all a practicing psychotherapist and involved in brain research at the time. In short, I was a rationalist. And these beings—whoever they were and wherever they came from—did not fit into my views of reality at the time.

In the nearly twenty years since first-contact, I have tried and tested their “inner technologies” many times, and have always found both their methods and their perspectives illuminating.

While the Hathors do offer information in the form of language, their primary mode of communication is through catalytic sound patterns. These sounds are “channeled” through my voice during “sound meditations,” which I often offer during workshops and retreats. I personally find it interesting that my vocal range has expanded (along with my mind, I might add) in the years that I have been working with them. When I started, I had a range of nearly three octaves; now it is just shy of four. This extended vocal range only occurs when I am actually channeling sound from other dimensions.

In the Hathor Material, a book I co-authored with Virginia Essene, here is how they introduced themselves:

We are the Hathors. We come in love and with the sounding of a new dream reality for your earth. If you are ready to build the new world, we invite you to join us on a journey of the mind and heart. We are your elder brothers and sisters. We have been with you for a very long period of your evolution on this planet. We were with you in eons past – even in the forgotten days before any trace of us is known in your present written history. Our own nature is energetic and interdimensional. We originally came from another universe by way of Sirius which is a portal to your Universe, and from Sirius we eventually proceeded to your solar system and the etheric realms of Venus.

In the past we have specifically worked with and through the Hator fertility goddess of ancient Egypt. We also made contact with Tibetan lamas in the formative period of Tibetan Buddhism. Although we have interacted with some of Earth’s early cultures, we are an intergalactic civilization with outposts that span parts of your known Universe and beyond.

We are what you might term an ascended civilization – a group of beings existing at a specific vibratory field, even as you have an energy signature. It is simply that we vibrate at a faster rate than you. Nonetheless, we are all part of the mystery, part of the love that holds and binds all the universe together.

We have grown as you have grown, ascending to the One Source of all that is. We have grown in joy and through sorrow, as have you. We are, in terms of the vastness, a little higher on the spiral of awareness and consciousness than you are; therefore, we can offer you what we have learned as friends, mentors and fellow travelers on the path that leads back to remembrance of All That Is.

We are not saviors; we’re not messianic. We want to clearly step out of that projection so that the reader understands that we are simply elder brothers and sisters offering our understanding and what we have learned. You may take it or leave it but we offer it freely. In our understanding, the belief that different alien intelligences are going to save you, is just a projection of human unconsciousness. The hope that someone or something will save you, that you will not have to make any changes in yourself, that you will not have to be responsible, is unrealistic.

The belief that you can stay in patterns of lethargy and unconsciousness, then take something or have something given to you that will transform you without any effort on your part, is sheer folly. It won’t happen. Now, there may be alien intelligences that land, for they certainly exist, but those humans who count on others to bring in their ascension and elevation without any work on their part, are going to be very disappointed.

Ascension is a process of self-awareness and mastery on all levels and it necessitates bringing all those levels of one’s existence upward. That is how we see it and that is how we have done it for millennia.

By offering our aid, however, we do not wish to interfere with your other spiritual helpers and cosmic relationships in any way, nor with any religious beliefs, affiliations or organizations of help to you. Even so, there is a great deal we would like to share.

We know Sanat Kumara well for it was he who asked us to enter this Universe. As an Ascended Master, Sanat Kumara has taken on numerous responsibilities associated with the elevation of planet Earth and this solar system. He is working for the ascension, the evolution of consciousness in the solar system, as we are.

You may make copies of this message and distribute it in any media you desire so long as you do not charge for it, do not alter it in anyway, credit the author and include this entire copyright notice. The Crystal Palace Within audio file may not, however, be posted on other sites or duplicated in any media.

Inner Change Is The Key - Jeshua
Become a Patron!

We have 1415 guests and no members online