Sun in Pisces February 22 through March 20

The ruler of Pisces is Neptune. Its symbol represents a pair of sea horses or sea lions yoked together. They dwell in the innermost regions of the sea, which is symbolic of life after death or regeneration. The image also represents a duality, the struggle of the spiritual soul within the physical body. In Pisces, these two natures are joined, yet very much separate. This conflict is sometimes an inhibition to natural expression. 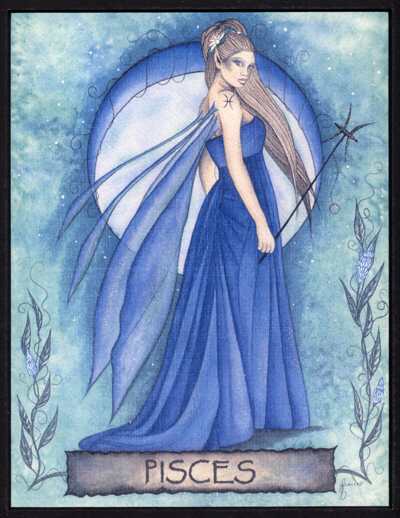 Pisces are . . . is a difficult sentence to finish. There are so many kinds of Pisces. Strange statement? Yes, because Pisceans are the most malleable of the twelve signs. They possess a gentle, patient nature, but one that is in want of molding. They can be impressed by and completely absorbed into their environment. They are in need of a container which will shape them, guide them. Without this guiding form, this rudder, they tend to drift.

Pisces adapts to their surroundings, good or bad. They are generous, friendly, good natured people with a true sense of kindness and compassion. They are sensitive to everything around them including the feelings of others. They are popular folk because of their easygoing and likable manner, which tends to mirror people they are with. They have an uncanny sense of perceiving what a person is in need of, and delivering it. They are not initiators, but rather allow circumstances and events to motivate them, and then they respond. In this aspect, they tend to focus on other peoples problems rather than their own.

"Friends are all souls that we’ve known in other lives. We’re drawn to each other. That’s how I feel about friends. Even if I’ve only known them for a day, it doesn’t matter. I’m not going to wait till I’ve known them two years, because anyway we have met somewhere before."
—George Harrison,  Born February 25, 1943

"Your time is limited, so don't waste it living someone else's life. Don't be trapped by dogma—which is living with the results of other people's thinking. Don't let the noise of others' opinions drown out your own inner voice. And most important, have the courage to follow your heart and intuition. They somehow already know what you truly want to become."
—Steve Jobs,  Born February 24, 1955 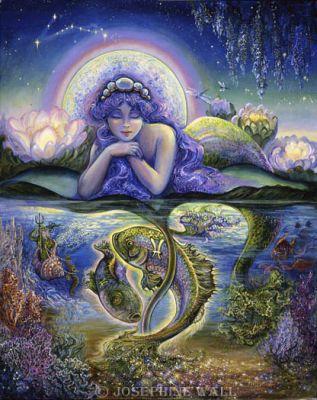 Pisceans are not practical people. They are too ephemeral for normal day to day living in the 9-5 "practical" world. They are sensitive and instinctual rather than intellectual or mechanical. They lack decisiveness and are easily diverted from their purposes. They are apt to live an ambitionless sort of life, searching for some career or meaning in which to pour themselves. They discourage easily, and can become despondent, feel unappreciated and regularly move on to something or someone else.

When, however, they do find the right container, they are capable of some incredible deeds. They will become completely absorbed in a chosen path, to the exclusion of everything else. The 'absent minded professor', such as Albert Einstein, is a classic Pisces character. They don't fare well in a controlled or fixed environment and generally rebel against convention. Unlike the Aquarian, however, who will fight the establishment, Pisces wages only a personal battle.

Pisceans do best in an environment where they can exercise their imaginations and intuitive nature. They are gifted artistically. They are versatile and tend to understand things by absorption rather than logic. They are receptive to new ideas and circumstances. They possess wonderful creativity which is demonstrated in music, literature, drama and art. They have an acute instinct for, and love of beauty in nature as well as the arts. They appreciate luxury and pleasure, and are ripe for new sensations. When they travel, Pisceans prefer remote, exotic places. 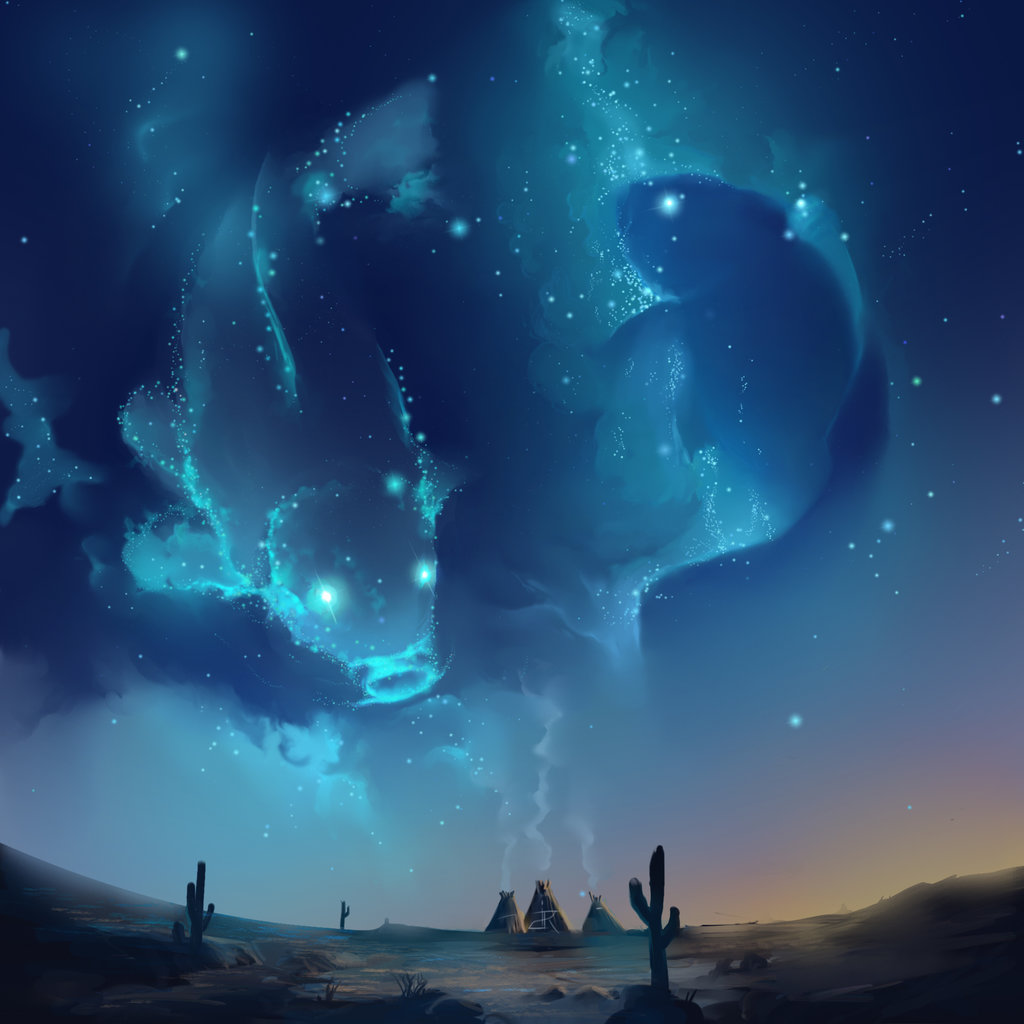 Pisceans rarely have an ego problem, and in their personal relationships and friendships tend to be very giving. In matters of the heart, they seek a soul mate rather than a bed mate. That is not to say they will not hop from bed to bed in search of this soul mate. Pisces is a spirit on a quest for Utopia, and Utopia does not exist on this earth. Pisces is easily misled because they want to believe. No matter how often they are led astray by vacant promises, they keep the faith and go on looking for their personal ideal. They are loyal, home-loving, kind and generous, but their dreamy and impractical natures are a source of distress to those close to them.

"Life's greatest happiness is to be convinced we are loved."
—Victor Hugo, Born February 26, 1802

In the career department, they are better working by themselves than for someone else. Their empathy equips them for careers in charity, catering to the needy, as a nurse, looking after the sick, or as a veterinarian, caring for animals. They have a love of water, and can be found in work that keeps them near the sea. Pisces creativity includes a natural ability to imitate or mirror another person as well as enter into their feelings. These attributes make them wonderful character actors, and many Pisceans find great fulfillment on stage or in films.

Pisces sense of others, is an ability that makes them effective in civil service and the legal arena. Many in law enforcement and the judicial system are Pisceans. Their intuitive and spiritual qualities can lead them into careers in religion or to service as mediums and mystics. Still others are creative cooks and chefs. Because of their versatility and plasticity, Pisceans often follow several vocations during their lifetime.

"The work of art must seize upon you, wrap you up in itself and carry you away. It is the means by which the artist conveys his passion. It is the current which he puts forth, which sweeps you along in his passion."
—Pierre-Auguste Renoir,  Born February 25, 1841 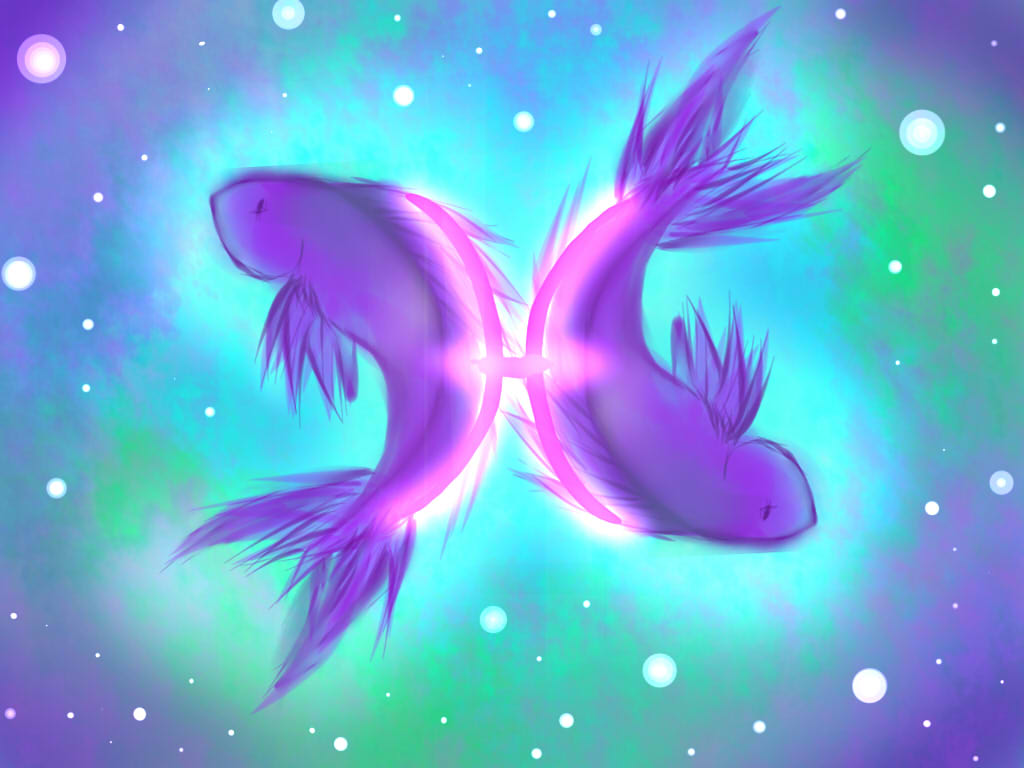 The Lore of Pisces in Mythology

The constellation of Pisces appears as a fish swimming in the waters that pour from Aquarius. In Babylonian times, this star formation was associated with the gods Oannes and Dagon. These were water deities in the form of fish. Also in this constellation is the Leash—upon which were tied the two fish goddesses, Anunitum and Simmah. In Islamic astronomy, this area of the sky was known as The Large Fish.

In Greek mythology, Pisces is associated with the great beast Typhon. This fearsome creature belonged to the earlier age of the Titans, and was a terrifying force even for the greatest of the gods. At one time Typhon attacked Mount Olympus, abode of the gods. To escape from his wrath, each deity took the form of an animal. Zeus himself, shifted into the likeness of a ram. Aphrodite, and her son Eros, escaped the beast by transforming into a pair of fish and swimming away into the Euphrates river. The goddess Minerva placed the image of the fishes in the heavens so that the event would not be forgotten.

"Love to his soul gave eyes; he knew things are not as they seem. The dream is his real life; the world around him is the dream."
—Michel de Montaigne, Born February 28, 1533

Who prays and serves, and prays some more?

And feeds the beggar at the door—

We have 1633 guests and no members online