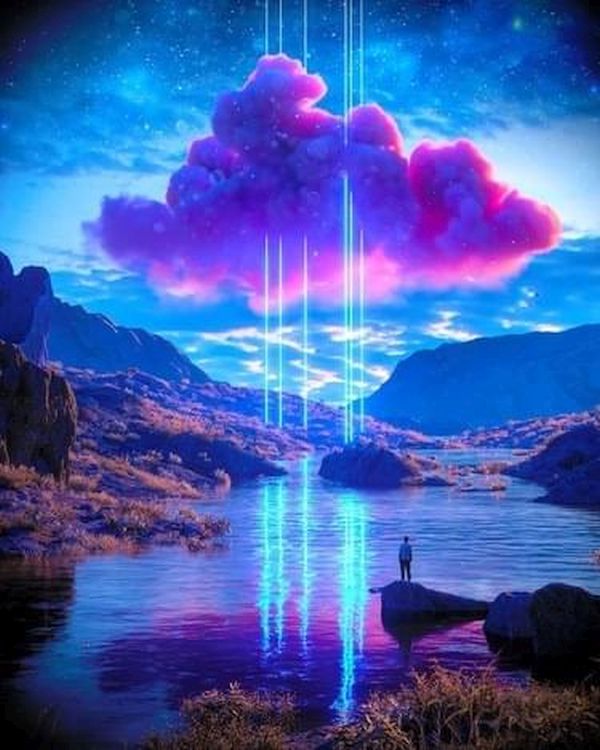 Today I am asked to communicate a message on behalf of the Galactic Federation Of Light.

It says about our role in keeping the vibrational rate of Earth balanced that in recent months shows up in leaps, which affects the physical state of both the planet and the people.

Why does it happen?

First of all, it happens because of the gap between the new vibration frequency of Earth and the dual world vibration frequency getting bigger and bigger with every single day. That is the reason why the space-time continuum of your planet starts dramatically changing its parameters.

Many of you, probably, notice that time flies these days.

And some of you could see space refraction after meditations or when you happen to be in harmony. This is exactly the way the Fifth dimension shows itself at the physical level and the process will inevitably gain in speed.

But we understand that humanity is not ready for those rapid changes yet and at the last sitting of the Galactic Federation there was made a decision to take measures in order to moderate the process so as not to interrupt the usual life rhythm of earthlings and to give them the opportunity to extend the Ascension dates, which will result in the largest possible number of people capable to make the Transmission together with Earth.

You see, our dear ones, despite the increasing number of natural disasters all over the planet human casualties are not many.

It is accounted for by the fact that our spaceships are patrolling Earth and screening the most dangerous sites and moderating the elements’ energy at the most crucial moments.

But our interference is limited, for there is no one to change the course of events.

All we can do for you is to minimize disasters’ effects limiting them to property damage and saving as many human lives as possible.

The overwhelming majority of our spaceships are not visible to you yet as they are masked by the clouds, still, some of them are identified by humans and their appearance is covered by the mass media.

We do this on purpose so as to make humans accustomed to our presence in the near-earth space.

And we see it has already given good results: a lot of people are sure of our peaceful intentions having noticed no hostile actions on our side and no negative consequences of our arrival.

Why are we spotted mostly in cities?

As a matter of fact, to a great extent, big crowds of people are responsible for bringing discord into the interaction of the old energies and the new ones upsetting the overall vibrational rate of Earth.

Open places reigned by nature are so harmonious by themselves that they don’t require our assistance.

What is the way in which we influence your planet’s overall vibrational rate?

We have designed specific technologies that enable high and low vibration energies to interact so as not to repel each other when in contact but pass through a double-sided filter that makes their parameters average.

And with the help of our spaceships, we have spread “a filter” like this all over your planet’s surface.

It resembles an air interlayer by means of which there takes place the mingling of different vibration frequency energies.

So, we hope it will help you to adjust to the process of the new energy arrival on your planet.

We have 2121 guests and no members online