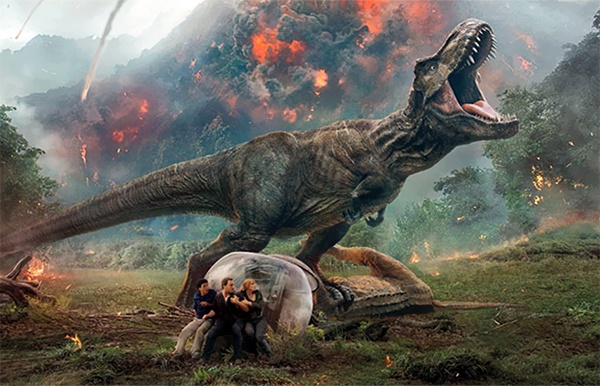 In the second part of our Evolution series William LePar’s spiritual source, The Council, talks about the destruction of the dinosaurs.

Questioner:  Were dinosaurs part of an evolutionary process of the animal kingdom or were they...

The Council:  They basically are the monstrosities created by, originally, let us put it, they had their seeds in Mu.  So they are actually the playtoys or monstrosities of that period, not in the final version or edition as is seen according to your paleontologists or archaeologists or historians.  Those were the latter day versions. Through each cycle, through each civilization, they were used as the sporting animals of that time.  When it came into the period of Atlantis then they were not only used for sporting but also for honing their destructive tools or they were used as targets to refine and hone their destructive tools or equipment. Those last few, now we are not talking in terms of one or two or a dozen or a hundred, but those last few that were not totally destroyed met their end in other ways.  Very well.

Questioner:  We have a theory that a comet helped knock a whole bunch of dinosaurs off, when a comet struck the earth. Is that one of the ways?

The Council:  Well, can you tell the difference between a comet and such a tremendous explosion or eruption that would change the atmosphere?

Questioner:  No, I understand that now.

Questioner:  But, Council, what about the changing of the poles that appears to scientists to be a fact many, many times over. Was that a part of the final disappearance of the monsters?

The Council:  There was a parallel or, shall we say, a number of things going on. Part of the actual end of that particular age or those particular animals was due to a polar change, but also the final ending came because of not only a polar change but also massive eruptions. Now this is not to say that there have not been some very large comets hit your physical earth in its history, yes this has happened, but the greatest disaster has come from the violent eruptions and quakes that occur at a polar change or, shall we say, can occur.

We have 2135 guests and no members online