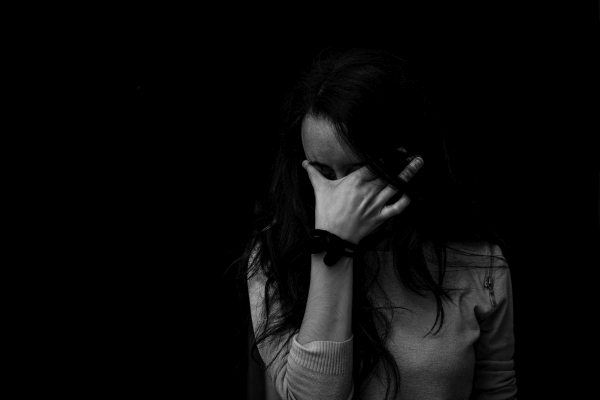 Q: “What does it mean when one cries during meditation?”

A: It is a simple thing. In meditation, the mind starts undergoing a change. It changes from the normal state, which for most people is a state of oscillation, wavering and wandering. In meditation, one often becomes aware of more thoughts than one notices when one is normally awake. Thoughts are always present in the mind. When someone tries to meditate one becomes aware of thoughts.

At other times, one is not aware of what is happening in the mind. At other times the mind is engaged in worldly activities. Thoughts keep coming and going, coming and going, and one is not aware of them. But during meditation, one becomes aware of the thoughts. However, as one develops in meditation, there is a decrease of thoughts, and one starts feeling a sort of inner silence and peace. Then many past memories from the subconscious come to the surface for dilution. At this time, tears come out spontaneously and one cries. One feels many emotions also. Thus, due to the change in one’s state of mind at that time, one often cries.

In meditation one becomes aware of many past actions or memories which make one feel guilty. One often feels guilt which causes one to cry. In some cases, in meditation one feels a wave of peace and happiness, and then one may cry because of the happiness. Tears are not caused only by grief and unhappiness. They represent an outburst of emotion that one is unable to control. In normal life one tries to control one’s emotions. However, because in meditation your mind is focused upon your inner state, you are unable to control your emotions. Thus, one cries for various reasons, but generally crying is caused by an outburst of emotion. You should not attach any importance to it.

Often one feels that one is not as pure as one would like to be. This is one of the main reasons for shedding tears. The spiritual energy around is pure, and when it touches one, the person becomes conscious of bad memories. All of a sudden, out of repentance and regret, one starts crying. This is a part of the process of purification. It is good if it happens, but it is not important, and one should not do it on purpose. Do not assume that, because one starts crying, one is near Self-realisation and will become a great yogi!

Many different experiences may happen during meditation. One may have visions of light or pictures, and to some extent these may point out facts about one’s spiritual journey. But, even so, not much importance should be attached to them. If one has no experiences, it does not mean that one is not progressing. These experiences differ from individual to individual.