This State Of Consciousness Is Proven Scientifically To Prevent Disease 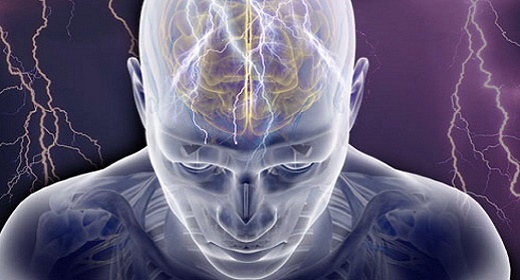 It increases cardiovascular quality, lowers blood pressure, decreases anxiety and among quantum physicists is considered the fourth state of consciousness in which the entire brain is engaged.

This is a small segment of actor/comedian Russell Brand’s interview with renowned quantum physicist Dr. John Hagelin at the David Lynch Foundation’s 3rd annual Change Begins Within gala in Los Angeles. They discuss the science behind the Transcendental Meditation technique, the Unified Field.

In a 2008 study published in the journal PloS One, researchers found that when meditators heard the sounds of people suffering, they had stronger activation levels in their temporal parietal junctures, a part of the brain tied to empathy, than people who did not meditate.

On November 2012, a journal of the American Heart Association: 5-year randomized controlled study on patients with established coronary heart disease reported a 48% reduction in death, heart attack, and stroke in subjects in the TM group compared to controls.

June 2013, American Heart Association scientific statement, concluded that the TM technique is the only meditation practice that has been shown to lower blood pressure and recommends that TM may be considered in clinical practice for the prevention and treatment of hypertension.

October 2013: Meta-analysis of randomized controlled trials (RCTs) in The Journal of Alternative and Complementary Medicine, found significantly greater effect of TM in reducing trait anxiety than treatment-as-usual and other alternative treatments, including mindfulness-based therapy (MBT) and other meditation and relaxation practices.

According to a report published in the Journal of Alternative and Complementary Medicine, a meta-analysis of TM analyzed 16 trials and 1,295 participants. The conclusion was that TM worked better in reducing severe anxiety than psychotherapy or other relaxation techniques… As a bonus, TM also produced lower blood pressure, better sleep, improved family life, less substance abuse and a better employment situation.

These are just a few of hundreds of studies now showing the effectiveness of TM. It can make your life much more enjoyable and balanced. Many people say this easy-to-practice technique has a transforming effect — they report major health benefits.

The TM technique is easy to learn and enjoyable to practice, and is not a religion, philosophy, or lifestyle. Over six million people have learned it — people of all ages, cultures, and religions.

Unlike other forms of meditation, TM practice involves no concentration, no control of the mind, no contemplation, no monitoring of thoughts.

The TM technique allows your mind to easily settle inward, through quieter levels of thought, until you experience the most silent and peaceful level of your own awareness — pure consciousness. This is known as automatic self-transcending.

This introductory video below provides a clear description of what happens during TM practice.

M’s effectiveness is the same whether you believe it will work or are completely skeptical.

Becoming a New Human - The Galactic Council of Light

The Angels - Getting In Your Flow

Do You Know You Have A Shadow Friend?

When Your Pure Heart Leads

Do You Know Who You Truly Are?