Category: Enlightenment and Teachings Thursday, 27 May 2021 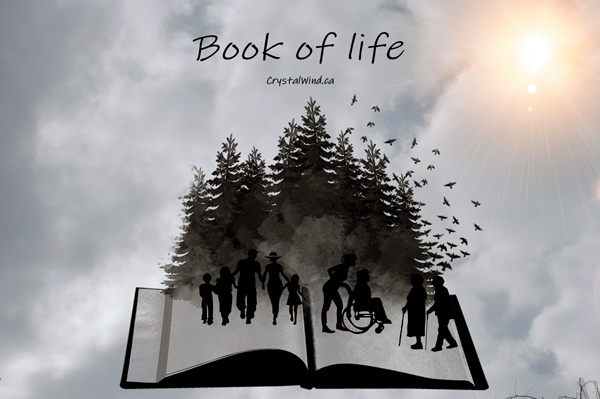 Before each incarnation, careful preparations have to be made in close consultation with one's Spiritual Guides. Firstly, the choice is made of a suitable location on Earth in terms of the country and community, which will provide the right economic and social background conditions for the particular lessons to be learned.

Secondly, parents are likewise carefully chosen to provide the right environment for learning and soul growth; they may well be ‘old friends’ with whom one has had a close connection in past lives, perhaps members of one's Soul-Group.

And thirdly, essential events and ‘meeting points’ are planned to occur at various points along the path of one's life, providing the necessary learning opportunities for the specific lessons to be mastered. And finally, the exact time of birth is chosen astrologically to provide the correct planetary influences in the life to come.

The basic principles of preparation for incarnation, namely that we review and choose our lives beforehand, based on lessons to be learnt and tests to be accomplished, are confirmed by many teachers and masters with broad consistency. This process is described, again by Ripley Webb in ‘Full Cycle’, as Michael, assisted by his Spirit Guide, Tendor, is preparing for a forthcoming Earth incarnation:

"Tendor introduced Michael to a Spiritual Counsellor who had come to greet them. The Counsellor looked Michael over keenly then produced strange-looking charts which appeared to record Michael's progress somewhat on the lines of a horoscope. It was all quite meaningless to Michael, nevertheless from the charts the Counsellor was able to give him a clear and lucid statement of his abilities and weaknesses, the conquests and the defeats which made up his progress to date.

From the same source the Counsellor worked out the type of problem that was likely to face Michael in accordance with his destiny and explained the course of an incarnation that would be likely to provide the lessons he most needed.

"Your destiny is recorded in our archives and by process of selection we will abstract an incarnation which, according to destiny, follows a line that promises to provide what you require. When you see that record presently you will be able to judge whether you think you are ready to face the difficulties it offers; if your are not, why then we will find something easier."

A moment later a screen at the other end of the room became diffused with rays. As Michael watched, enthralled, he saw a number of threads of different colours moving endlessly across the screen into what might be a loom or weaving machine. On the other side of the loom appeared a piece of finished material woven in an intricate pattern from the coloured threads.

The Spiritual Counsellor kept up a running commentary as the picture unrolled itself. He showed Michael the thread representing the incarnation suggested for him. "This shows you what you should aim to accomplish during your incarnation. Though what you actually attain may be something quite different. You cannot escape your destiny, but you are master of the manner in which you handle that destiny and the time you take to accomplish it." [‘Full Cycle’ by Ripley Webb - Marcus Books, Queensville, Ontario, Canada]

Following the review of past failures and accomplishments, and pre-planning for the next incarnation, preparation then begins for the complex process of physical birth, as the soul begins to form a spiritual contact with the aura of Earth and in particular with its new parents.

"The soul which has decided to incarnate has already asked and been accepted by the souls of its intended parents. Before the time of conception, because it knows when it is to be conceived, it draws close through its Astral body to the aura of the Earth, and in particular the auras of its parents. It awaits in its Astral form its moment of conception. It watches its intended parents as they live their lives on the Physical Plane.

At the moment of conception, the three souls unite on the Astral Plane. It is rather like a reunion, a time of celebration. But there are very few persons on Earth consciously aware of this.

The soul now commences its own careful preparation for the physical process of birth, as the continuing story of Michael, channeled by Ripley Webb, relates: Michael is at this point about to be born onto the physical level of Earth, and his own spirit guide, Tendor, has taken him to the spiritual counterpart of the Earthly birth clinic…

"Michael was allowed to wander at will through the wards and grounds, and he was surprised to find what a complicated business was this approach to physical birth. There were lectures to attend where much was explained to him. He learned that a successful culmination was dependent on several factors. Chief among these was the fact that it is a co-operative business between mother and child. It is essential for the expectant mother to keep in as fine a state of health as is possible and to care for her body at this time. He also found to his surprise that he himself could exercise a considerable effect on the embryo body which was being built for his use. He was required to concentrate at stated periods on this aspect alone, to direct his thought on the perfection of physique and the correct assimilation of atomic substance into the tiny form.

Examples were shown of the difficulties encountered where the mother-to-be was careless of her role, or who resisted the idea of motherhood either through fear or lack of desire. Even worse was the situation to be dealt with where there was severe illness or a body whose etheric envelope was distorted by narcotics or other abuses. In these cases the incarnating spirit had a very trying experience, usually being prostrated throughout the period of gestation. Sometimes the attempt had to be abandoned because the mother-to-be so ill-used her mortal body. The unfortunate spirit struggled to the last to incarnate with the object of establishing even a brief acquaintanceship with physical life; in the event of failure it was forced to relinquish its hold upon the embryo body and slip back into Spirit life once more. The whole process of selection and preparation then had to be repeated. It was usually the case, where difficulties were most severe, that the spirit had deliberately accepted the risks, knowing that by overcoming them he would progress so much the faster.

As time went on Michael began to feel the magnetic pull of Earth. It began to manifest as a downward attraction from the feet, much the same as the pull of gravity, except that he was more conscious of it. It was hardly perceptible at first, but as time went on it increased to an uncomfortable extent. He realized that the use of such a clinic as this was almost imperative if distress was to be avoided. He was relieved to hear from his Spiritual doctor that in his case a perfectly normal birth was anticipated, for his mother was a spiritually minded woman and the thought of his coming was a source of delight to both parents. Michael thought sympathetically of the unfortunate spirits around him, many of whom were already aware that they were unwelcome visitors in the family circle awaiting them, that they had a poor chance of experiencing the love they so longed to feel." [‘Full Cycle’ by Ripley Webb - Marcus Books, Queensville, Ontario, Canada]

"At the moment of birth, as the child leaves the aura of the mother and its cord is cut, through the ether to that child comes the Divine Spark of the Soul which energizes the child and starts it on its path. The soul has begun to fulfil its destiny and the lessons which have to be learned are now set in motion." [The Master RAMALA, channeled by the Ramala Centre, Glastonbury.]

Each incarnating soul will now follow his or her unique path through life, based on the broad outline as pre-agreed and pre-destined, though the detail and the outcome will depend upon the soul's reactions and responses to the challenges encountered.