Hand Reflexology : Press The Points For Wherever You Have Pain

Confirmed by Science: You Really Can Change Your DNA - and Here's How 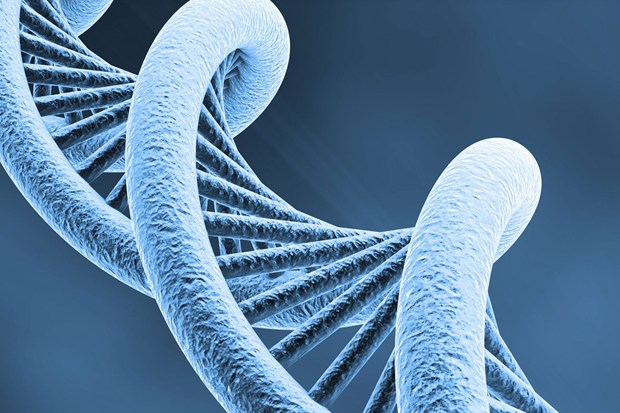 If you believe that you are at the mercy of your genetic code, great news, you're not. According to the science of epigenetics (the study of how environmental factors outside of DNA influence changes in gene expression), stem cells and even DNA can be altered through magnetic fields, heart coherence, positive mental states and intention. Top scientists around the world agree: genetic determinism is a flawed theory.

The DNA we are born with is not the sole determinant for our health and well-being. Stem cell biologist Bruce Lipton, Ph.D., discusses the important difference between genetic determinism and epigenetics in an interview with SuperConsciousness magazine:

"The difference between these two is significant because this fundamental belief called genetic determinism literally means that our lives, which are defined as our physical, physiological and emotional behavioral traits, are controlled by the genetic code. This kind of belief system provides a visual picture of people being victims: If the genes control our life function, then our lives are being controlled by things outside of our ability to change them. This leads to victimization that the illnesses and diseases that run in families are propagated through the passing of genes associated with those attributes. Laboratory evidence shows this is not true."

Lipton's theory is confirmed by Carlo Ventura, M.D., Ph.D., professor and researcher at the University of Bologna in Italy. Dr. Ventura has shown through lab testing that the DNA of stem cells can be altered using magnetic field frequencies.

"It's like a time machine. You're reprogramming somehow backward with these cells to an uncertain state in which any kind of decision is somehow possible; even the decision to become virtually any kind of cell of the organism. And just think about the tremendous potential of this discovery."

He adds that two Nobel Prize-winning scientists discovered even "nonstem adult cells can be epigenetically reprogrammed backward to a state where they can eventually give rise to neural cells, cardiac cells, skeletal muscle cells or insulin-producing cells."

According to the Institute of HeartMath in Boulder Creek, California, epigenetics encompasses far more than just DNA, our environment and life experience. After two decades of study, the researchers discovered factors like love and appreciation or anxiety and anger also influence a person's blueprint. In one experiment, select participants were able to change DNA with positive mental states.

"An individual holding three DNA samples was directed to generate heart coherence - a beneficial state of mental, emotional and physical balance and harmony - with the aid of a HeartMath technique that utilizes heart breathing and intentional positive emotions. The individual succeeded, as instructed, to intentionally and simultaneously unwind two of the DNA samples to different extents and leave the third unchanged."

Control group volunteers who had low heart coherence were unable to alter the DNA.

If we want to nourish our bodies at a cellular level (and not promote disease), the institute recommends an abundant diet of quantum nutrients. When we are stressed or negative, our biological energy reserves are diverted from the important task of regenerating and repairing the body. We can counteract this cellular starvation by focusing on genuine states of care, appreciation and love. These positive emotions enhance our energy system and feed the body, even down to the level of DNA. HeartMath calls such positive feelings "quantum nutrients."

The institute offers several free tools that assist in creating a coherent state quickly and easily. Two examples can be found here and here.

About the author:
Carolanne enthusiastically believes if we want to see change in the world, we need to be the change. As a nutritionist, natural foods chef and wellness coach, Carolanne has encouraged others to embrace a healthy lifestyle of organic living, gratefulness and joyful orientation for over 13 years. Through her website www.Thrive-Living.net she looks forward to connecting with other like-minded people who share a similar vision.

We have 2906 guests and no members online