Why The Path of Light Is Not For Me 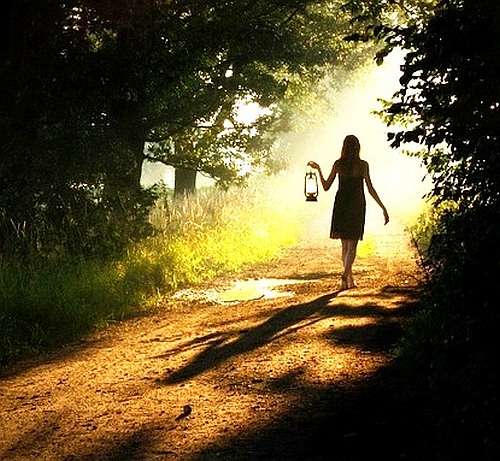 The path of Light is not for me. Strange thing to say maybe… But let me say, that the path of Dark isn’t for me either. Why? Because just like you, I’ve already done both, time and again, cycle after cycle – and I’m ready to get off the wheel.

There has been a great movement over…well who knows how long really…but increasingly with religion and the “new age”  – to shun the dark and “step into the light”. My problem with this is simply that it’s logically flawed, a recipe for schizophrenia – another “side” to invest in. Light can’t exist without dark, and visa versa. If one does their best to adopt only the light – they are shutting down a part of themselves that is equally there and has served a purpose. It creates a schism and causes confusion, uncertainty and even pain. Ultimately, it’s disempowering. Just as raising your hand to be part of the darker forces would be the same. In either case – you elect a side to give your power to.

We have ALL played the roles of both creator and destroyer during our cycles of incarnation (or even in this lifetime. How many of you can say that you’ve never stepped on an ant, killed a fly, wiped down your counter with disinfectant or eaten meat?). We have all created entire worlds, and taken them out too. Whether in this human form – or another. There are no exceptions to this. Any moral conditioning around this – is just that.

Wars have been fought over “sides” – throughout time and space. We would be unwise to think that the same concepts have’t/aren’t still being played out in other worlds and realities and with beings who many have been led to think of as superior to humans (they’re not). If you sit in meditation long enough and ask openly to be shown this information – no doubt you will be.

For me, pledging my service work to the light – has become just as cumbersome and thick as it was to carry the burden of working for the dark in other times. If you aren’t clear on the burden it takes to play the role of the dark side – flash yourself back to the end of the original Star Wars movies. A friend recently reminded me of this very poignant description. Remember the very end, when Darth Vader removes his mask and is just so relieved his role is over? Channeling the dark so that others may be inspired to find the light…is just as difficult as being in the role of finding light despite the odds. Both…lead to the same place in the end – an eternal loop.

And we are all free to stay in that cycle for as long as we choose – because it DOES serve a most excellent purpose: learning and growth at max speed. There is really no better way to understand Love – than to play all of the roles around it – supporter, detractor, channel, void. Love isn’t something that can be explained to the mind really…but to play the multitude of roles that bring you TO Love – is the truest way to embody it. Osho wrote an entire book on the topic of Tantra – where he highlights the fact that it can’t actually be understood – but by weaving difference aspects together and allowing the reader to vibrationally align with the words – it’s what’s NOT written that really starts to sink in.

For me, the experience of choosing a side, has grown old – and lands me back in places I know too well again and again. The very idea that as a collective we should choose light over dark and imagine ourselves to then have reached a certain point of evolution – is the same game, new package. And if you feel led to pursue that path – I say absolutely, follow your own guidance, it’s the best friend you’ve got. But if like me, you find yourself disengaging more and more with the whole game – then I’ve got something to say to you about it.

It IS possible to just step right out of the whole loop. To completely and totally welcome your light and your darkness to vibrate within you – to deny nothing of yourself – and allow Love to be the common denominator that bridges  the two. (And drop the notion once and for all that the dark has no notion of Love – love is infinite, formless and sideless). When you do this – both exist together – and yet not at all. There becomes the “other”, a new element that there is no real word for. In her new book (Interview with a Psychic Assassin) Inelia Benz refers to it as a “Genesis”. The complete surrender to both of our aspects – and the choice to let it become something totally new – that welcomes and accepts all – and cancels out “sides”. Entire worlds can, have been and are created with this – that’s how powerful it is.

This isn’t easy to do. In fact, I wouldn’t suggest doing it alone. Call on those who have gotten a bit further in this than you have and ask for their support – whether that’s a person in the physical, or the non-physical teachers of your choice. Once you make it clear that you are interested in welcoming your personal Genesis – without choosing one side over the other – the right helpers will appear.

I don’t suggest doing this on your own – because one of the first things that will happen – is that the way you’ve perceived reality up until now – will start to crack. The way you resonate will literally change – and the reality you find yourself in will no longer be a match. This could come in many forms. For me – the actual fabric of reality around me started to get patchy. Meaning – that when I look at the sky now – sometimes I see the sky – and sometimes I don’t. I become more and more aware each day that what we think we see – is simply because we think we see it. It’s completely possible to choose a reality that you are interested to explore – and align yourself with it over time. The old ones will fade – as they do. I have started to say to Gaia, “show me the Earth that is healthy, vibrant, not polluted and overflowing with vital force; the Earth where we are not limited to linear time and space” and to my energetic and physical bodies “align with that’.

The second thing that happens – is that the egoic mind has an utter fit. It’s losing the control we have programmed it with in order to “keep us safe”. As we step away from our security, the mind goes into over-drive to prevent us from “danger” (becoming fully sovereign and without the need for the polarities at all – but in a way that holds both and neither). The side-effects of this can be dire. Emotional swings, physical illness, energy drains, shifting relationships etc. If your programming to be part of victim/aggressor dynamics is strong enough – it could even trigger a death wish. It’s a shedding of skin at the 0 point. Don’t underestimate it – and don’t do it alone.

So why make this choice? Simple for me. Because I’m ready to let go. To find a new frontier, a new Genesis and give up this schizophrenic struggle to choose a side. On anything. Ever. I do it with the UTMOST thanks and gratitude for the opportunity to have learned in this way, to have been part of such an incredible cycle for growth in partnership with every other being in my reality. Wow – I am in awe. i don’t regret it and I wouldn’t trade it for anything.

There is no blame or shame in my choice – it was just my time to step off. So, here I go. Coming? 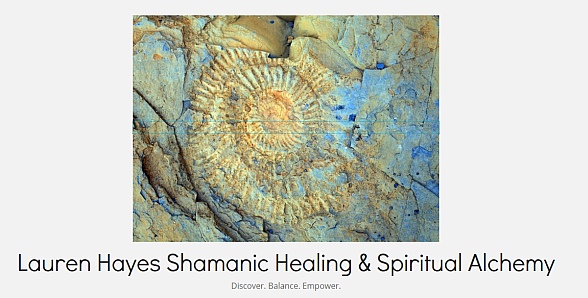 We have 1214 guests and no members online