Frequency Gates – What The Heck Are They?
A+ A A- 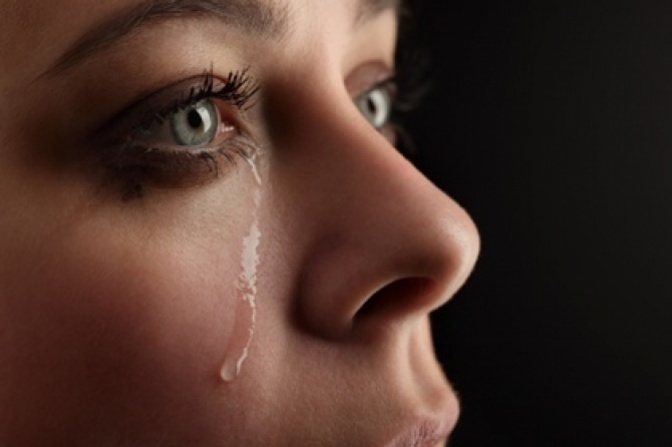 New research is opening eyes to the psychology of tears

Why does one person get choked up over a Hallmark commercial, while another sheds tears only for the death of a loved one? Does the exhortation "Have a good cry" carry physiological or psychological merit? And how do crying behaviors differ among cultures and between the sexes?

New research by psychologists is beginning to answer these questions, helping us better understand what human tears mean from social, psychological and neuroscientific perspectives.

"I think the study of crying, more than is the case for any other emotional expression, may help us to obtain a better insight into human nature," says leading tear researcher Ad Vingerhoets, PhD, a psychology professor at Tilburg University in the Netherlands.

Vingerhoets and others are tracking people's crying episodes to determine the role culture plays in why we cry, measuring the chemical makeup of tears and examining the reactions they trigger in others. They're also learning how crying helps us connect with others by studying those who can't do it.

Several factors play a role in an individual's propensity to cry. Gender differences in crying, for example, have been explored for decades and across the world, and all of the studies reached the same conclusion: Women cry more than men.

In the 1980s, biochemist William H. Frey, PhD, found that women cry an average of 5.3 times a month, while men cry an average of 1.3 times per month, with crying defined as anything from moist eyes to full-on sobbing. Those averages still appear to be about the same, suggests newer research, including work by Lauren Bylsma, PhD, of the University of Pittsburgh (Journal of Research in Personality, 2011).

Biologically, there may be a reason women cry more than men: Testosterone may inhibit crying, while the hormone prolactin (seen in higher levels in women) may promote it. But a desire to cry is not all nature. A study of people in 35 countries found that the difference between how often men and women cry may be more pronounced in countries that allow greater freedom of expression and social resources, such as Chile, Sweden and the United States. Ghana, Nigeria and Nepal, on the other hand, reported only slightly higher tear rates for women (Cross-Cultural Research, 2011). Lead study author Dianne Van Hemert, PhD, a senior researcher at the Netherlands Organization for Applied Scientific Research, says that people in wealthier countries may cry more because they live in a culture that permits it, while people in poorer countries — who presumably might have more to cry about — don't do so because of cultural norms that frown on emotional expression.

Crying may also reflect attachment styles, research suggests. In her book "Seeing Through Tears: Crying and Attachment" (Routledge, 2005), psychotherapist Judith Kay Nelson, PhD, summarizes past research and concludes that securely attached people are more comfortable expressing emotions and cry in ways that are considered normal and healthy, while those with insecure attachment may cry inappropriately — with easily activated, difficult-to-soothe tears. More recently, researchers from Tilburg University have found that people with "dismissive" attachment styles — or those who tend to avoid close relationships with others — were less likely to cry and tried harder to inhibit their tears than people with other attachment styles (Social Behavior and Personality, 2012). The study also found that people with "preoccupied" styles — or those who might be clingy and overly dependent on others — cried more often than securely attached people. Women of all attachment styles cried more than men.

Is crying good for you?

For infants, tears serve as an important communication tool, allowing them to show their need for support. That tool may also serve us well in adulthood, several recent studies have found.

"Tears add valence and nuance to the perception of faces," says the study's lead author, Robert R. Provine, PhD, a professor of psychology and neuroscience at the University of Maryland, Baltimore County. Tears become a sort of social lubricant, he says, helping to ensure the smooth functioning of a community by helping people communicate. Bearing this out, researchers at Tilburg University have demonstrated that at even very short exposure times, respondents report being more willing to provide support to people with visible tears than to those without tears (Evolutionary Psychology, 2013).

Tears may also serve a therapeutic role, though researchers say the supposedly cathartic role of "a good cry" has been overstated. Thirty years ago, biochemist Frey found that emotional tears carried more protein than non-emotional tears (say, from chopping an onion). The implication was that when you cry for emotional reasons, you are involved in a healing process. However, Vingerhoets says he has tried twice without success to replicate this experiment.

Bylsma conducted a daily diary study of female students that also calls Frey's theory into question. She found that only about 30 percent of students said their moods had improved after crying, with 60 percent reporting no change and about 9 percent saying their moods worsened. These women were reporting on their moods the same day as the crying happened, unlike other studies, which asked people to reflect back on their crying. "Our memories may become distorted over time," says Bylsma.

Bylsma's research offers a new insight into tears: Why you cry and who sees you do it appear to make a difference in whether crying helps or hurts your emotional state (Journal of Research in Personality, 2011). In the study, she and colleagues found that crying was more likely to make people feel better when they had emotional support (such as a close friend nearby), if they were crying due to a positive event, or if their crying led to a resolution or new understanding of the situation that led them to cry in the first place. Criers felt worse if they felt embarrassed or ashamed of crying, if they were with unsupportive people or if they cried because they saw suffering. Overall, participants were more likely to feel better if they cried alone or around one other person, but felt worse or didn't experience a mood change if they were with two or more people.

Another line of crying research suggests that female tears can be a sexual turnoff for men. In a series of double-blind experiments by researchers at the Weizmann Institute of Science in Israel, men smelled emotional tears captured from women who had watched sad movies. At varying other times, the men also sniffed a saline solution that had been dribbled on the women's cheeks. Using functional magnetic resonance imaging and other measures, the researchers compared the men's sexual arousal as they viewed pictures of attractive women and erotic movies after they had sniffed the real tears with their arousal after they had sniffed the saline. The researchers found that the men were less aroused when they had sniffed the real tears compared with the saline solution (Science, 2011). This finding was replicated in a South Korean study that measured the testosterone levels of men exposed to emotional tears and saline (Public Library of Science, 2012).

The inability to cry

Psychologists have also gleaned new insights into people who can't produce tears at all — either emotional or the basal tears that keep eyes lubricated. "Ophthalmologists have typically treated ‘dry eye' as a medical issue, completely missing the fact that emotional communication is impaired when you lack tears," says Provine. "They have not attended to important psychological and social consequences."

Patients with Sjogren's syndrome, for example, have great difficulty producing tears. Nienke van Leeuwen, a PhD candidate in health psychology at Utrecht University in the Netherlands, has found that 22 percent of patients with the syndrome had "significantly more difficulty" identifying their own feelings than control participants did (Clinical and Experimental Rheumatology, 2012).

Vingerhoets, author of the 2013 book "Why Only Humans Weep: Unravelling the Mysteries of Tears," is exploring what happens to people who can't cry, with neurologist Michael Trimble, MD, at the Institute of Behavioral Neurology at University College, London. The project came about after a BBC interview with Trimble resulted in 900 people emailing to say they couldn't cry and would like to volunteer to be studied.

It's yet another angle of research that Vingerhoets would like to see further examined to help better understand why we cry. "I really have the feeling there are so many things that can be explored and are waiting to be explored," he says.

Lorna Collier is a writer in Chicago.