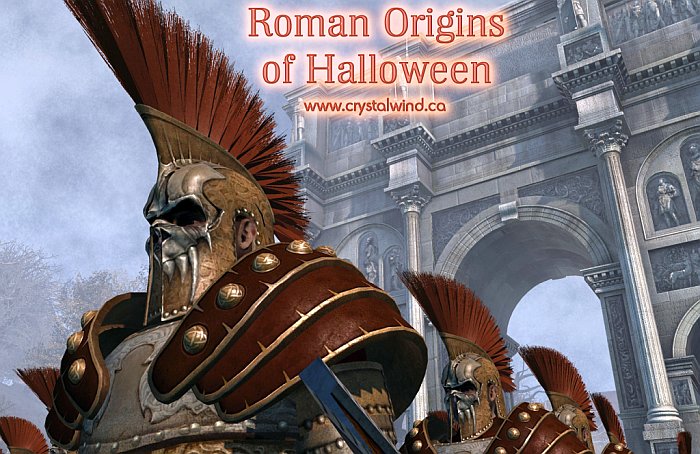 Believe it or not, the origins of Halloween have a distinct Roman flavor. The explanation, however, requires some jumping around.

The month of May, for the Romans, was both a somber time and a laborious time. Laborious in that it was a time for farmers to reap the fruits of their harvest. That is, if the proper deities were happy – which brings us to why there was a somber mood for this particular month. The rituals needed to keep harmony between man and the divine were critical.

Maia – A Goddess of Growth

The month belonged to the goddess Maia, who, in one guise, was the mother of Mercury. Born from the union of Jupiter and Maia, Mercury was not only a messenger god, but a psychopompos – a herald of the dead (the Romans learned this trait from the Greek god Hermes and ascribed it to Mercurius). Maia, however, was also known as Maia Maiestas (Maia the Majestic), associated with the Bona Dea (The Good Goddess), and Fauna – she was a fertility goddess and believed to offer growth. Thus why the month of May, as the end of winter and the beginning of spring – was given to her. May was the month of growth.

Rituals of May Day – the sacred day of Maia

May Day, May 1st, was sacred to her: the flamen volcanis offered a sacrifice of a pregnant sow. Under her alias known as the Bona Dea, a festival was given in her honor whereby only women were allowed to attend; men were forbidden. (In fact, this very transgression was later used by Julius Caesar as an excuse to divorce his wife.) Also on May Day the lares praestites were honored who were the spirit guardians of the state (much like the lares familiareswere the spirit guardians of the household). 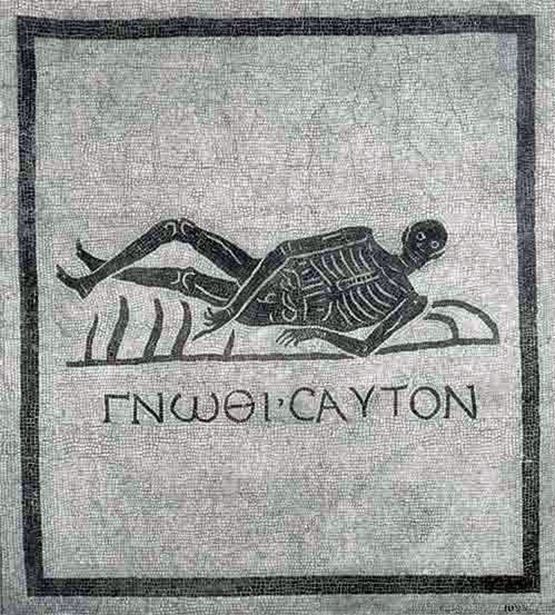 Then there is the Lemuria, or Lemuralia as it was also known. The Lemures were spirits of the dead who returned for only three particular days a year to threaten their descendants. They were restless, malevolent ghosts whose purpose was to torture the families they left behind.

In order to propitiate them, a ritual was enacted by the pater familias. At midnight, the pater familias would walk barefoot through his own house to rid the lemures with this exorcism ritual: holding his hand upheld in what is referred to as a fig gesture (placing the thumb between the 2nd and 3rd fingers) and filling his mouth with dried black beans, he would make the circuit around his house spitting the beans onto the floor in order to bait the lemures. As he walked and spit out a bean, he would recite nine times the incantation “with these I redeem myself and mine” [cum hīs redimō ipsum atque familiam meam].

When the lemures came out to eat the beans, the rest of the household – following along but forbidden to look behind them – would clash bronze together, like cymbals, and proclaim “ghosts of my fathers and ancestors be gone!” [manes paternī exite!]

The Lemuria was practiced on May 9th, 11th, and the 13th (even days were seen as unlucky!).

How the Lemuria affected Halloween…

Here is the interesting part: All Saints Day, a Christian holiday, was adopted on May 13th and there is good reason for this: originally, the Lemuria concluded on May13th and on that same day in 609AD the church held a feast in dedication to Saint Mary and the Martyrs. This became the establishment for All Saints Day! How does this relate to Halloween? Here’s how.

Later, around the 8th century AD as the Lemuria faded away in popularity and practice, the church moved All Saints Day from May 13th to November 1st – where it is currently celebrated to this day. It was originally known as All Hallows’ (all the holy ones’) and Halloween was simply All Hallows’ Eve. [Note that May 1st and November 1st are exactly 6 months apart and mark the beginning and end of summer, respectively]

The pagan holiday associated with November 1st? Samhain (sah-ween) – which was the end of the harvest season for the Celts, the people living in Ireland, and one of the principle festivals for their culture. It was their new year. As the harvest ended, the Celts tended to gather up all their crops and livestock and have one large feast as they headed into winter. This final harvest falls on October 31st, and the name for Halloween in Gaelic is Oíche/Oidhche Shamhna.

But there were some uninvited guests coming to dinner.

On this day, the Celts believed that those who died during the year returned – so the festival of Samhain was a way to help the dead on their journey to the otherworld. Because this particular day the Celts believed the dead were more likely to mingle with the living, a place for the dead was set at their feasts in order to honor them! This also meant that Samhain, with all the dead returning to visit, was a time for clearer omens and prophecy. 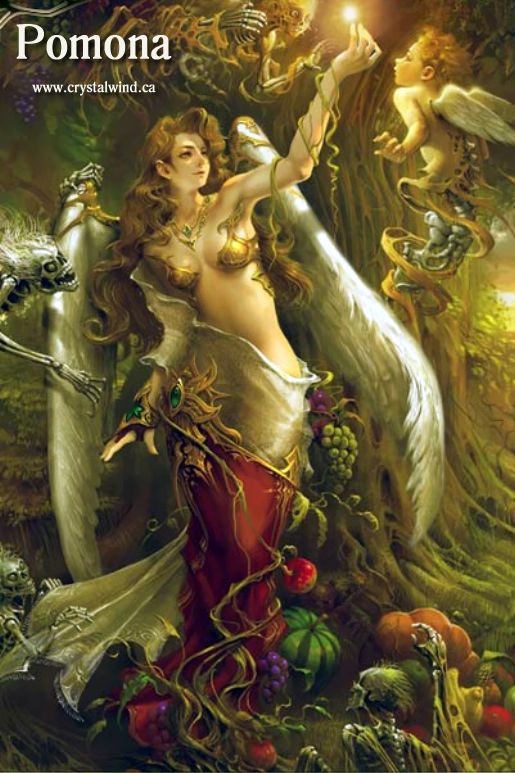 Pomona and How the Romans adopted Samhain

When Julius Caesar conquered Gaul and the Celts, the Romans became exposed to the rituals of Samhain and ascribed them to their own goddess Pomona, who was the goddess of orchards and abundance. She was associated with apples, nuts and grapes. The Romans associated the apple with love and fertility and we have lots of rituals associated with Samhain that use the apple. The Romans adopted these, too.

[One mystical aspect of the apple is that if you slice it in half transversely you will find the image of a five pointed star. A Halloween tradition known as “apple peeling” was a direct result of Roman apple lore. A woman would pare an apple, all the while being very careful to remove the casing in one long strip. She would then toss it over her left shoulder and the peel would land on the floor displaying the shape of the initial of the man she was destined to marry. It was said that to peel an apple at midnight on October 31st while gazing in a mirror would surely cause the face of your future husband to appear. Another way to see who would be the first to marry was to “bob for apples”. Apples were floated in a basin filled with water.]

Cultures that celebrate the dead, as something to fear or honor, are nothing new. Halloween, in a round about way, is our culture’s way of paying homage to the dead as its origins, in actuality, stem from a multitude of cultures which felt compelled to do the same in order to keep an accord in their universe.