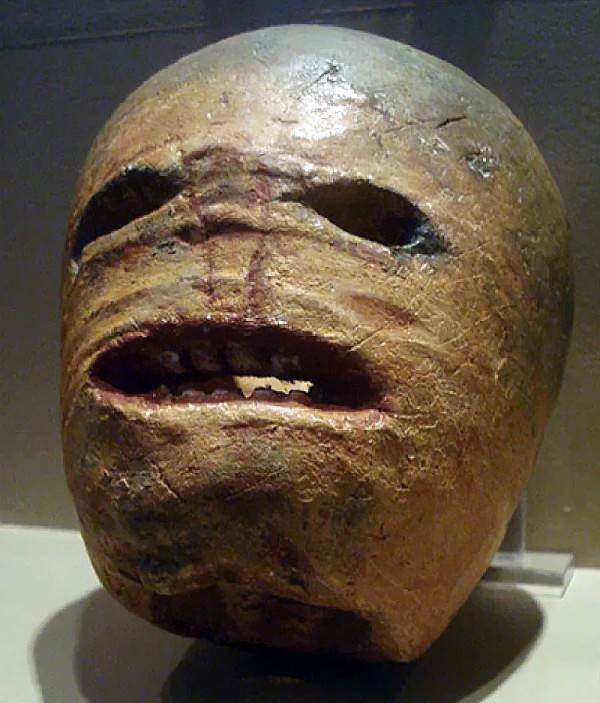 A far cry from the grinning pumpkins of Halloween today, the original Jack-o-Lanterns, named for Jack O’Lantern of the Irish myth, were actually quite terrifying.

They were carved from turnips or beets rather than festive orange pumpkins, and were intended to ward off unwanted visitors.

Gourds were one of the earliest plant species, domesticated by humans around 10,000 years ago, mostly cultivated for their carving potential – for kitchen tools, dishes, musical instruments, toys, furniture and more. Maoris began carving them for lanterns 700 years ago – the Maori word for “gourd” and “lampshade” are actually the same.

According to Irish folklore, a man called Jack O’Lantern was sentenced to roam the earth for eternity. A ghostly figure of the night, O’Lantern walks with a burning coal inside of a carved-out turnip to light his way.

As the tale goes, a man called Stingy Jack invited the devil for a drink and convinced him to shape-shift into a coin to pay with. When the devil obliged, Jack decided he wanted the coin for other purposes, and kept it in his pocket beside a small, silver cross to prevent it from turning back into the devil.

Jack eventually freed the devil under the condition that he wouldn’t bother Jack for one year, and wouldn’t claim Jack’s soul once he died. The next year, Jack tricked the devil once more by convincing him to climb up a tree to fetch a piece of fruit. When he was up in the tree, Jack carved a cross into the trunk so the devil couldn’t come down until he swore he wouldn’t bother Stingy Jack for another ten years.

This legend is why people in Ireland and Scotland began to make their own versions of Jack’s lantern by carving grotesque faces into turnips, mangelwurzels, potatoes and beets, placing them by their homes to frighten away Stingy Jack and other wandering evil spirits and travelers.

Once this became a Halloween tradition, Jack-o-Lanterns were used as guides for people dressed in costume on Samhain (Oct 31 – Nov 1), a traditional Gaelic version of Halloween, seen as a night when the divide between the worlds of the living and the dead is especially thin. The Samhain festival marks the end of the harvest season and the beginning of winter, the “darker half” of the year.

When the Irish and Scots emigrated to America, bringing the tradition along, they found that pumpkins, native to America, made perfect fruits for carving. Pumpkin Jack-o-Lanterns have been an integral part of Halloween festivities ever since.

Some believe that the Jack-o-Lanterns originated with All Saints’ Day, and represent Christian souls in purgatory. Roaming Stingy Jack is in, after all, what would be considered purgatory.

Although the idea that the myth of the Jack-o-Lanterns is Irish is widely held, there is no scholarly research into Irish customs and mythology that proves it so. There is also evidence of turnips being used for what was called a “Hoberdy’s Lantern” in Worcestershire, England at the end of the 18th Century. Hoberdy's Lanterns had carved-out faces in turnips and the stump of a candle within.

The photograph above shows an Irish 19th century Jack-o-Lantern made from a turnip, which is on exhibit at the Museum of Country Life in Castlebar, Co. Mayo.

Heres is a fun video for the Jack-O!

We have 1465 guests and no members online